As the contentious primary for the Democratic nomination for president marches on, it seems increasingly likely that Illinois will vote when the race is still wide open, potentially having a decisive impact - even though the state’s Election Day is relatively late in the game.

“Given the fluid nature of the presidential field in the Democratic primary, it's anyone's guess if any of the candidates that are out there right now can lock down the nomination prior to the middle of March,” the Democratic Party of Illinois’ Executive Director Mary Morrissey said.

The Democratic nominee will be officially selected by delegates in July at the party’s convention in Milwaukee. To win the nomination on the first ballot, a candidate must have locked up support from a simple majority of the 3,979 pledged delegates, which would be 1,991. That does not include automatic delegates (members of each state’s Congressional delegation and other elected officials or dignitaries) who, under a new rule, cannot vote in the first round if it will change the outcome of the state’s vote. 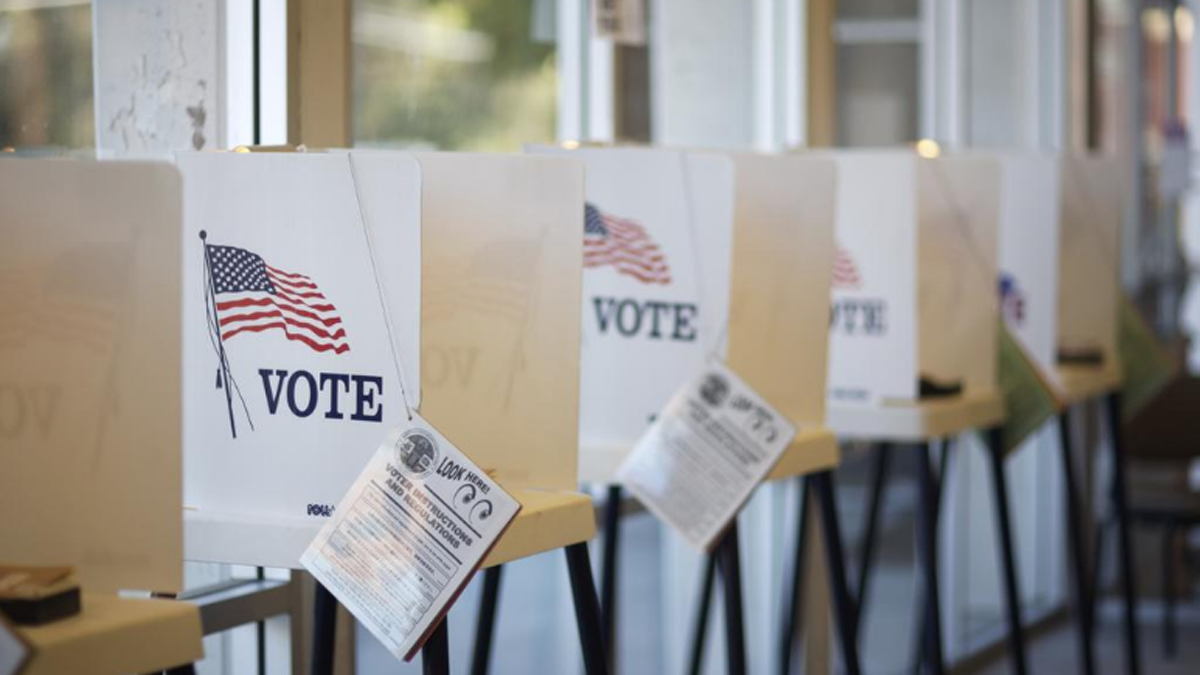 When Can I Vote? Key 2020 Dates in the Upcoming Presidential Election 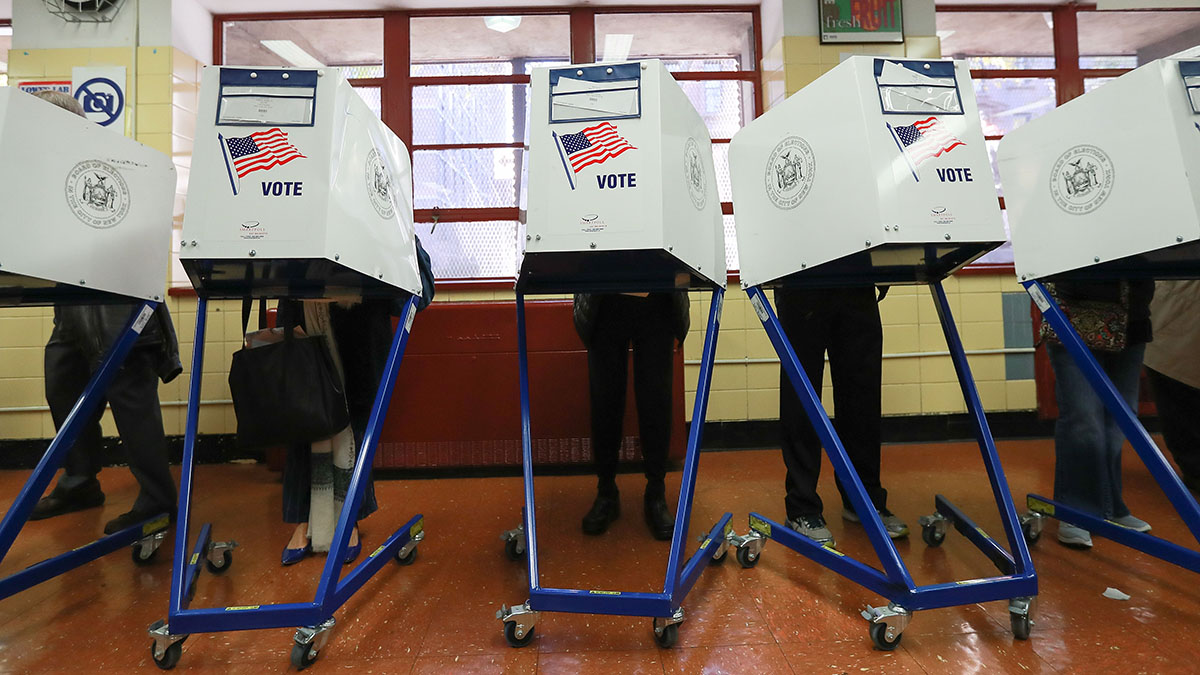 Illinois’ Election Day falls on March 17 - two weeks after what’s known as “Super Tuesday,” when 16 primaries or caucuses will be held with more than 1,300 delegates up for grabs at once, including 415 from delegate-rich California and 228 from Texas. More than 1,800 delegates total will be allocated before Illinois votes - not enough to clinch the nomination, particularly in light of how many candidates are running.

“The way these things usually happen is by the time the third Tuesday in March rolls around, it’s usually winnowed down to two candidates,” Illinois State Board of Elections spokesman Matt Dietrich said, noting that this time, “there really hasn't been a winnowing down.”

With eight people still in the race, results from earlier states could be spread across the candidates, with no single Democratic hopeful building a decisive lead. That makes Illinois’ primary – with 155 delegates up for grabs, the sixth-highest total of all 50 states – all the more important. The last time Illinois was particularly relevant in a primary contest was 2008, when the state party moved its Election Day up by six weeks in an effort to give its own then-Sen. Barack Obama an early boost.

This time around, Illinois will be a prime target for the Democratic candidates if the field is still wide by March 17. All eight candidates currently in the race will appear on the Illinois ballot. They include, in alphabetical order: former Vice President Joe Biden, former New York City Mayor Michael Bloomberg, former South Bend, Indiana, Mayor Pete Buttigieg, Rep. Tulsi Gabbard, Sen. Amy Klobuchar, Sen. Bernie Sanders, Tom Steyer and Sen. Elizabeth Warren. If any withdraw from the race before March 17, they will remain on the ballot alongside five others who have already dropped out – though Dietrich says most primary voters, who typically “have a more intense interest” in the contest, will know not to vote for those that are no longer running.

So, will Illinois voters choose Sanders, who nearly pulled off an upset in the state in 2016, losing to Hillary Clinton by less than two points? Or perhaps they’ll go with Biden, who served alongside Illinois’ favorite son Obama. Scores of former Obama staffers and associates have also thrown their support behind Warren and Buttigieg - whose home of South Bend, Indiana, is a stone’s throw from Illinois - putting them both in contention. Or perhaps Klobuchar, of Minnesota, will strike the right note with her fellow Midwesterners. Former New York City Mayor Mike Bloomberg is betting big on the Land of Lincoln – skipping contests in the “first four” states entirely, spending heavily on TV ads in Illinois and even courting Chicago Mayor Lori Lightfoot for her endorsement.

“I think that there's a good chance that... by the time the candidates get to Illinois, a number of additional candidates will have dropped out and it will be down to two or three candidates and the race will be the final sorting before the nomination,” Morrissey said – though she maintained that there are several possible outcomes, including a chance that no candidate wins the nomination outright by July.

“It really depends on how many people are in the race,” Morrissey said. “If there's three or four candidates that are in contention and they're each taking up a handful of delegates in each election in each state - some people think we could have a brokered convention, which means nobody has a majority going into the convention. It could happen.”

Even beyond its number of delegates, there’s another reason candidates may zero in on Illinois – the state has a lot more to offer, especially in looking ahead to the general election.

Seven candidates took the stage Friday night to debate ahead of the New Hampshire primary next Tuesday. Here are some of the most notable moments.

Eagle-eyed observers might see this play out in candidates’ events, fundraisers and even the local issues they may choose to wade into.

Biden, Warren and Sanders all voiced their support for the Chicago Teachers Union during the 11-day strike last year. Sanders even spoke at a CTU rally ahead of the strike and Warren joined teachers on the picket lines. Chicago and Illinois have a long history of powerful labor unions that vote in strong numbers and are often deployed come election season to turn out the vote for candidates the organizations believe will best serve their members’ interests.

Sanders and Warren have also both endorsed Cook County State’s Attorney Kim Foxx’s bid for reelection, boosting Foxx’s progressive credentials in her own competitive primary - but also giving the presidential hopefuls a favor to potentially call in later. And as the protégé of Toni Preckwinkle, who chairs the Cook County Democratic Party, Foxx may prove to be a useful person for a candidate to call on.

Regardless of how the primary shakes out, Illinois will be a Democratic stronghold in November. The state has stayed blue for decades, reliably delivering its now-20 electoral votes to the Democratic candidate in every presidential election since 1992. Morrissey says there’s a reason for that.

“Over the last 20 years, particularly over the last dozen years, when Michigan was controlled by Republicans, Illinois was the firewall for the Democratic Party in the Midwest,” she said. “We were the only state that stayed Democratic during that Republican wave and that had to do with the kind of work - field work, door-to-door work - that Illinois has perfected, frankly under our chairman Mike Madigan. He has run outstanding campaigns on the ground for decades and so Illinois was able to stay blue.”

Illinois’ primary election will be held at the same time as Arizona, Florida and Ohio, with March 17 marking the first day a majority of delegates will have been allocated - potentially a pivotal moment in an already historic election.