New Illinois Law Prevents Schools From Discriminating Based on Hairstyle

Senate Bill 817 was proposed by a Black state lawmaker earlier this year seeking to bar Illinois schools from issuing rules pertaining to hairstyles.

"For so many people how you dress and how you look is an expression of who you are," Pritzker said. "For others, the choices as simple as deciding what makes them the most comfortable and confident in their own skin. That should be the beginning and the end of the conversation. But for decades Black people have too often had their natural and protective hairstyles weaponized against them."

State Sen. Mike Simmons, who wears his hair in free form dreadlocks, said he remembers what it felt like to be embarrassed at school because of his hair. The Chicago Democrat said he was also responding to news reports that a 4-year-old Black student was told to take out his braids due his Chicago school's dress code. 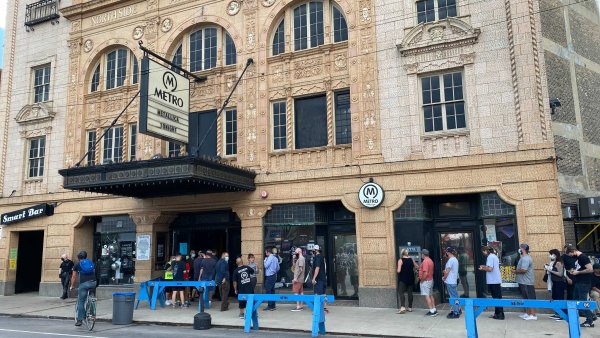 The legislation, he says, will address hairstyle discrimination.

A school on Chicago’s West Side is facing criticism and calls for change after it refused to allow a 4-year-old boy to wear braids in his hair. NBC 5’s Christian Farr has the story.

The bill says schools “will not prohibit hairstyles historically associated with race, ethnicity, or hair texture, including, but not limited to, protective hairstyles such as braids, locks, and twists.”

“I understand what this feels like personally, to be made to be humiliated in front of your classmates. To have authority figures belittle you and humiliate you in front of other people because of something that is God-given is entirely unacceptable,” Simmons told The Chicago Sun-Times. “As somebody who wears his hair natural, I just think it would be irresponsible for me not to speak up and act on this and make a change to the policies that allow this to happen."

Illinois lawmakers sent the bill to governor to sign at the end of June.

Some Republicans objected because the bill includes all Illinois schools, including private ones, according to The Chicago Tribune. Simmons, who graduated from private school, said he didn't see a problem with that.