The son of former Mayor Eugene Sawyer said Wednesday he will give up his City Council seat to join the growing field of candidates vying to turn Lori Lightfoot into a one-term mayor.

“I don’t think she’s the right fit for Chicago in this role. … She doesn’t play well in the sandbox with others. … The authoritativeness. The mean-spirited demeanor. That’s not how you run a government,” Ald. Roderick Sawyer (6th) told the Sun-Times Wednesday, in a wide-ranging interview from the barber chair.

“I want to give the people a more collaborative option, where every voice matters. The current administration’s style of governing is a top-down form of government. It’s not taking into consideration her partners, which is us as aldermen. Also, the citizens of Chicago.”

With polls showing violent crime foremost on the minds of voters, Sawyer argued Lightfoot’s dictatorial style has tied the hands of rank-and-file police officers and “emasculated” Supt. David Brown, whom the mayor chose to run the Chicago Police Department.

“We know what’s going on in the police force. They want the police to be led by a leader — not by the mayor. … You have to let your officers and let your superintendent do their job. Allow them to be the police. Allow them to catch bad guys. … That’s a true leader. Trusting the people you put in place to do their job,” he said. 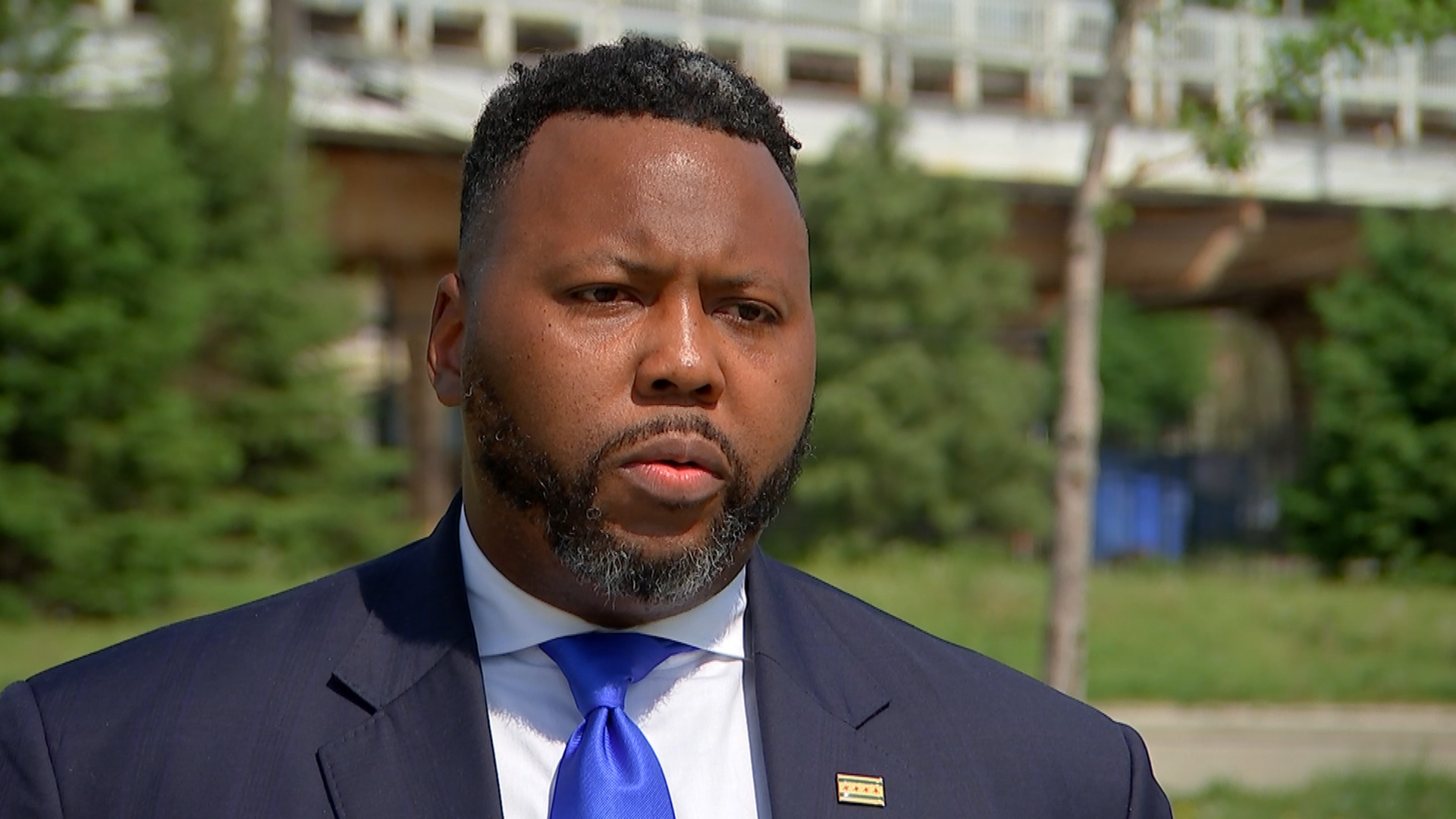 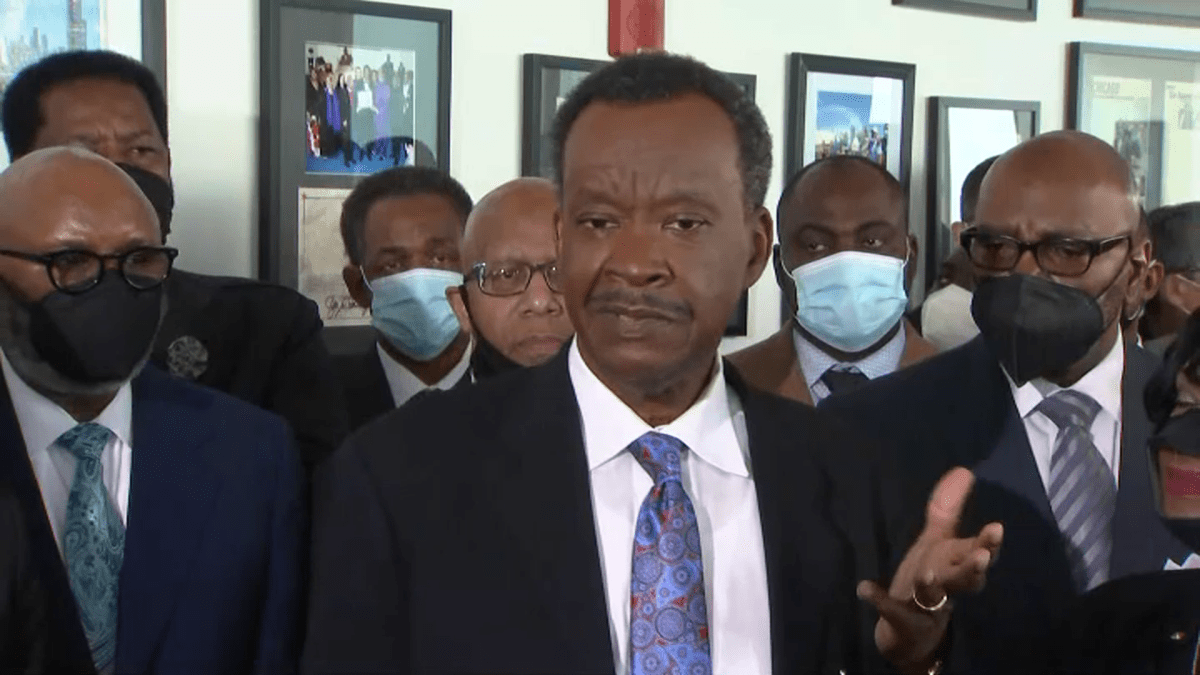 Brown is the retired Dallas police chief Lightfoot lured to Chicago by going around the Police Board’s legally-mandated selection process. The mayor had her eye on Brown from the moment she fired CPD Supt. Eddie Johnson.

Like at least three other challengers, Sawyer vowed to dump Brown as superintendent if he’s elected mayor.

“He’s a nice guy. He’s very personable. But this job is a lot — and especially a lot for someone who is not from here. He’s experiencing that stress with this job. It’s getting the best of him,” Sawyer said.

“We need a superintendent who has the trust of the rank-and-file. Someone they will walk through a wall with.”

Sawyer, 59, is Lightfoot’s hand-picked chair of the City Council’s Committee on Health and Human Relations and former chair of the council’s Black Caucus.

He becomes the fifth candidate and the third African American seeking to deny Lightfoot a second term.

Sawyer said he is not concerned about dividing the Black vote at a time when African American political power has been severely diminished by population losses. His South Side ward includes parts of Greater Grand Crossing, Englewood, Chatham and Auburn Gresham.

To fill 1,600 police vacancies and reverse a mass exodus of officers, Sawyer wants to offer hiring incentives and retention bonuses and free Chicago cops to focus on violent crime.

“We rely upon the police to do too many things and we stretch them too thin. That’s our fault,” he said, obviously referring to duties such as traffic control, or responding to mental health emergencies.

Asked about low police morale, Sawyer highlighted what he called the rush-to-judgment news conference Lightfoot held in June 2020 to condemn officers who, according to U.S. Rep. Bobby Rush, had lounged around Rush’s burglarized campaign office in the same strip mall where vandals had a field day. The officers were accused of sleeping on a couch, popping popcorn and drinking coffee while looting and other mayhem raged around the city.

Seventeen officers and supervisors were slapped with suspensions ranging from one day to 20 days. Another officer got a written reprimand.

“I would not have had a press conference to hang them out to dry. I would have talked to the police superintendent directly and said, ‘This is not a good look. What’s the story behind this? Does that mean officers were working 18 hours straight and just needed somewhere to chill for a minute? Or is it that they were doing something that was a violation of police procedures?’” he said.

“The curfew was a red herring hiding a deeper problem. And that’s the disconnect between ourselves and our children,” he said.

“I don’t approve of giveaways. It demeans our office. It’s a good thing for charities and philanthropists to do. But the role of government is to protect everyone. Once you start doing that, then it becomes a dependency. … what are we gonna give them next?” he said.

Although Lightfoot campaigned as a reformer, Sawyer argued she has been a big disappointment on that front.

He pointed to her failed campaign to block legislative approval of a 21-member elected school board, her slow walk toward civilian police oversight and her decision to publicly criticize and ultimately force out longtime Inspector General Joe Ferguson.

“Her statements as a candidate were different than her actions as mayor. I’m a model of consistency. Whatever I run on — whatever I state — I stay with it and I stay with it ’til the end.”

Sawyer is the son of one of the most likable alderpersons Chicago has ever known.

The relationships Eugene Sawyer forged with Ald. Edward Burke (14th) and former Ald. Edward Vrdolyak (10th) made him the choice of the “Vrdolyak 29” — a bloc of 29 aldermen — to become acting mayor after Harold Washington’s death in 1987. It also helped Sawyer deliver much of Washington’s stalled legislative agenda.

In the marathon fight for civilian oversight, the younger Sawyer took a page from his father’s political book by forging his own unlikely partnership with North Side Ald. Harry Osterman (48th).

What would Rod Sawyer’s dad say about his son’s mayoral candidacy?

“My dad would say, ‘You’ve put in the work. You’ve done what you need to do. Run on your record. Run on your platform. Run on your vision. Don’t look back. And don’t be nasty,’” the younger Sawyer said.

“My father was never that kind of guy. He never ran a campaign like that. And I don’t think he would want me to, either.”