Chance the Rapper surprised Chicago Public Schools students Monday when he showed up at a high school on the city’s West Side to help present another big check.

Chance, fresh off his stint hosting “Saturday Night Live” over the weekend, was at Michele Clark Magnet High School with President of Jewel Osco Doug Cygan, who presented Chance’s Social Works organization with a $1 million check to benefit CPS.

Chance has made huge waves raising funds for CPS and its students and has even personally made sizeable donations of his own. 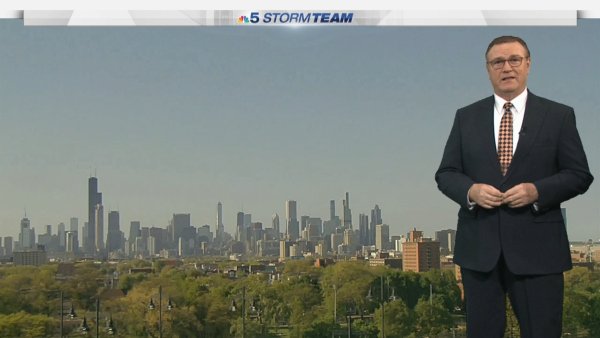 “You guys don’t receive the same benefits that a lot of other people do and your parents pay the same money into the same government taxes,” the Chicago rapper told students at Michele Clark.

The $1 million will go to The New Chance Arts & Literature Fund, which aims to “ensure more students have access to arts enrichment education.”

Cygan said the check was the largest given out in Jewel Osco history. The company, he said, wanted to donate to a charity it felt supported giving back to the community and supporting Chicago’s youth.

“I hope in this crowd there’s the next president of Jewel Osco,” Cygan said.