Over the weekend, the United States surpassed 19 million confirmed coronavirus cases, according to a tally by NBC News, and December has been the deadliest and most infectious month of the pandemic in the U.S. so far, with more than 5.6 million cases and 65,212 deaths as of Monday.

The U.S. has recorded more than 19 million coronavirus cases and over 335,000 deaths since the start of the pandemic, according to a tally by NBC News.

ParCare Community Health Network came under fire over the weekend after the state's top doctor announced a criminal investigation for potential fraud, claiming the vaccine was not being distributed according to state protocols.

Dr. Howard Zucker, commissioner for the state's department of health, said his office received reports of ParCare "fraudulently" obtaining the vaccine and transferring it to "facilities in other parts of the state."

Get the full story here.

Nearly 1.3 million people went through U.S. airports on Sunday, the highest level of air travel in more than nine months, despite fear that travel will lead to more cases of COVID-19.

The Transportation Security Administration said it screened 1,284,599 on Sunday, the highest total since March 15. More than 10 million people have traveled by air since Dec. 18, including six days with at least 1 million people getting screened.

Figures on road trips aren’t available, but AAA predicted that about 85 million Americans would travel during the Christmas holiday season, most of them by car.

Novavax Starts Late-Stage Trial of Vaccine in US

Novavax has begun a large late-stage study of its experimental COVID-19 vaccine in the United States after delaying the trial twice due to issues in scaling up the manufacturing process, Reuters reported.

It will enroll up to 30,000 volunteers across about 115 sites in the United States and Mexico, with two-thirds of them receiving the shot 21 days apart and the rest getting placebo, the company said.

Get the full story at CNBC.com.

A Boston doctor who used an EpiPen on himself after having the first known allergic reaction to Moderna's COVID-19 vaccine is speaking out about his experience.

Within moments of receiving the first dose of the vaccine on Thursday, Dr. Hossein Sadrzadeh of Boston Medical Center said his heart began racing. He initially thought it was anxiety, he said, but then felt his tongue and throat tingling and begin to go numb.

"My blood pressure was really down, so this is the time that I knew that this was anaphylactic shock," Sadrzadeh told NBC10 Boston and NECN. "My heart rate is up, I’m sweating so my blood pressure is really down. I've had this before so I had my EpiPen and I administered myself."

Sadrzadeh, who has a severe shellfish allergy, was taken to the emergency department after receiving the shot that contained the Cambridge-based company's vaccine. He was feeling normal again by Friday, he said.

Sadrzadeh is the first person to have a known allergic reaction to Moderna's coronavirus vaccine, according to The New York Times. Other vaccines now in use have also been known to cause allergic reactions in rare cases, however.

President-elect Joe Biden plans to invoke the Defense Production Act after he takes office next month to boost production of coronavirus vaccines, a member of his COVID-19 advisory team said Monday.

“You will see him invoking the Defense Production Act,” Dr. Celine Gounder said during an interview on CNBC’s “Squawk Box.” “The idea there is to make sure the personal protective equipment, the test capacity and the raw materials for the vaccines are produced in adequate supply.”

The wartime production law, which allows the president to compel companies to prioritize manufacturing for national security, could help the U.S. secure components and specialized products that manufacturers need to produce the COVID-19 vaccines.

Finland has become the latest European country to report a case of the more contagious coronavirus variant first identified in Britain.

Health officials said Monday that a Finnish citizen who had recently arrived from Britain for a Christmas holiday was diagnosed with the new COVID-19 variant in the southeast Kymenlaakso region over the weekend.

The person’s recent connections were traced and his family members have been isolated. Finnish health officials said they believed the variant hasn’t spread further.

Authorities have urged all those who arrived from Britain since Dec. 7 to get a coronavirus test. Last week, Finland halted all scheduled flights with Britain until early January.

Nordic neighbors Sweden and Norway reported their first cases of the new COVID-19 variant on Saturday and Sunday, respectively. Denmark reported its first such case earlier in December.

Trump Signs Off on $600 Stimulus Checks, But a Vote on $2,000 Direct Payments Is Still Happening

After holding up the $900 billion coronavirus relief bill for nearly a week, President Donald Trump signed off on the stimulus package, which includes $600 checks, CNBC reports.

The president had previously called the bill an unsuitable "disgrace" and demanded lawmakers raise the second round of stimulus checks to $2,000 per person, from $600.

Though the stimulus bill has been signed into law, the push to more than triple the size of direct payments is still underway.

The House plans to vote on a measure to increase stimulus checks to $2,000 on Monday, and in a statement released by Trump on Sunday night, he said the Senate would also "start the process for a vote that increases checks to $2,000."

It remains to be seen whether lawmakers will agree to authorize larger checks, an effort that is unpopular among many Republican leaders. In a separate statement released by Senate Majority Leader Mitch McConnell late Sunday, he made no mention of plans to consider this legislation, should the House succeed in passing it.

President Donald Trump signed a COVID relief and government funding bill Sunday night after a week of threatening to veto the bill for its "low" direct cash payments of $600 to eligible Americans. The House is expected to vote on a bill raising the $600 amount to $2,000 for adults today. 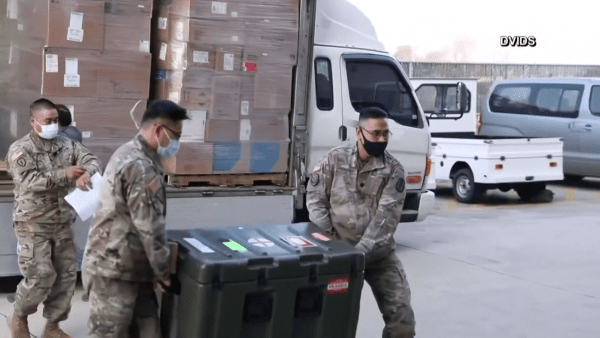 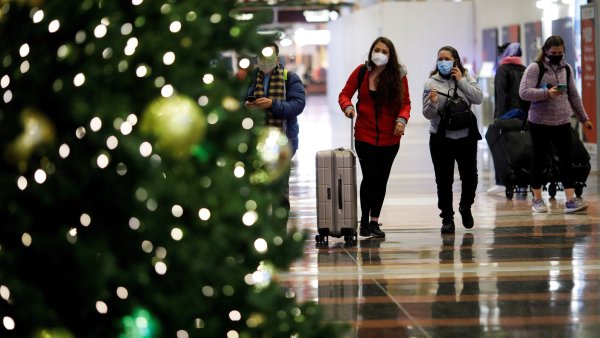 Despite Warnings, Nearly 1.3M People Traveled Through US Airports Sunday