Austria took what its leader called the “dramatic" step Monday of implementing a nationwide lockdown for unvaccinated people who haven't recently had COVID-19, perhaps the most drastic of a string of measures being taken by European governments to get a massive regional resurgence of the coronavirus under control.

The move, which took effect at midnight, prohibits people 12 years old and older who haven’t been vaccinated or recently recovered from leaving their homes except for basic activities such as working, grocery shopping, going to school or university or for a walk — or getting vaccinated.

The lockdown is initially being imposed until Nov. 24 in the Alpine country of 8.9 million. It doesn’t apply to children under 12 because they cannot yet officially get vaccinated — though the capital, Vienna, on Monday opened up vaccinations for under-12s as part of a pilot project, and reported high demand.

Officials have said that police patrols will be stepped up and unvaccinated people can be fined up to 1,450 euros ($1,660) if they violate the lockdown.

“My aim is very clearly to get the unvaccinated to get themselves vaccinated and not to lock down the vaccinated," Schallenberg added. “In the long term, the way out of this vicious circle we are in — and it is a vicious circle, we are stumbling from wave to lockdown, and that can't carry on ad infinitum — is only vaccination.” Covid Is Surging in Europe. Experts Say It's a Warning for the U.S. 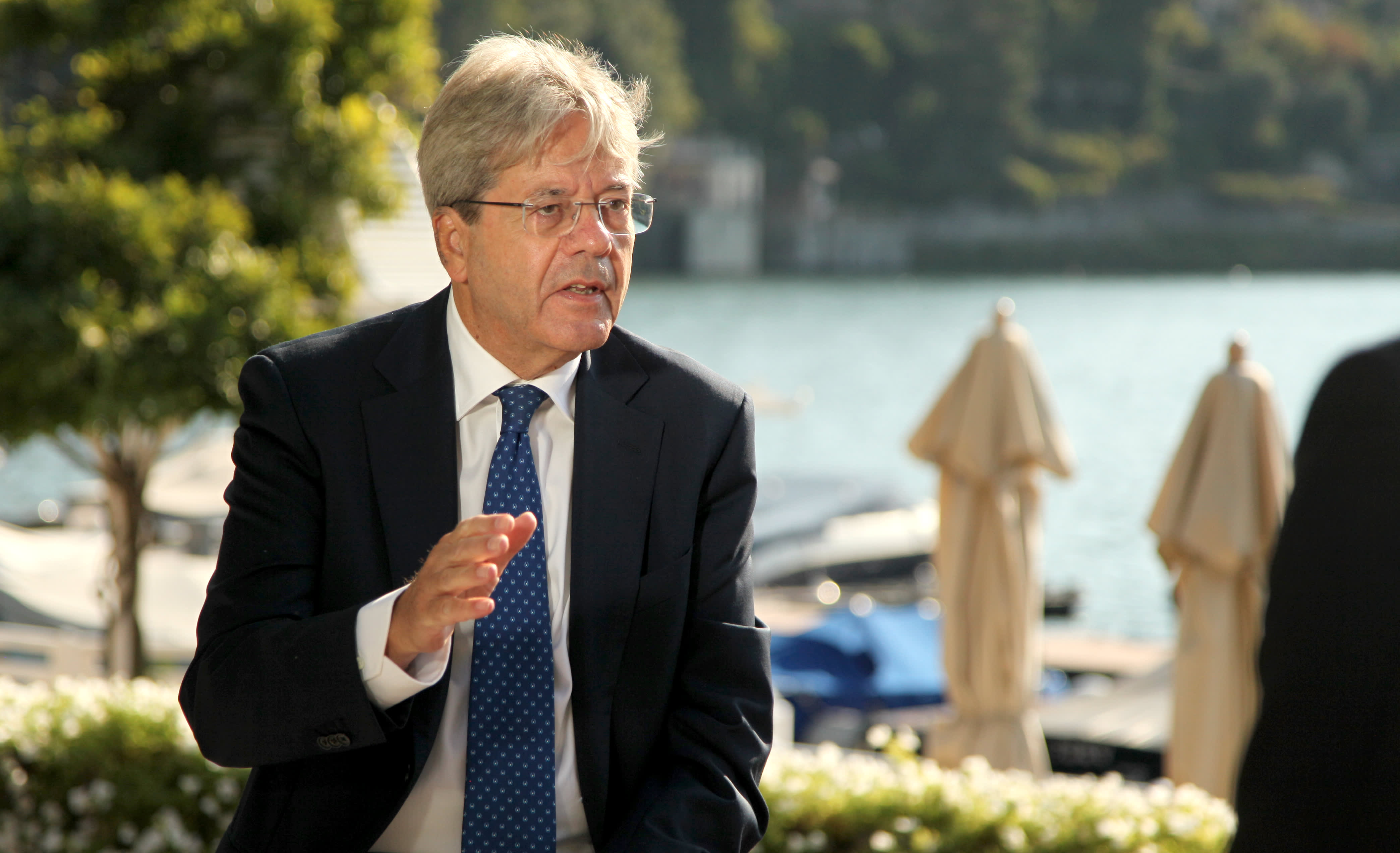 About 65% of the population is fully vaccinated, a rate that Schallenberg described as “shamefully low.” All students at schools, whether vaccinated or not, are now required to take three tests per week, at least one of them a PCR test.

Berlin on Monday became the latest of several German states to limit access to restaurants, cinemas, museums and concerts to people who have been vaccinated or recently recovered — shutting out unvaccinated people who have tested negative. Under-18s are exempted.

On Thursday, the German parliament is due to vote on a new legal framework for coronavirus restrictions drawn up by the parties that are expected to form the country's next government. Those plans are reportedly being beefed up to allow tougher contact restrictions than originally envisioned.

Separately, the three parties — who hope to take office early next month — also appear set to introduce a vaccine mandate in some areas, a step officials so far have balked at.

“We will need compulsory vaccination ... in nursing homes, in day care centers and so on,” said the Greens' parliamentary group leader, Katrin Goering-Eckardt. “We will get that off the ground.”

Germany has struggled to bring new momentum to its vaccination campaign, with just over two-thirds of the population fully vaccinated, and is trying to ramp up booster shots.

Outgoing Chancellor Angela Merkel issued a new appeal on Saturday for holdouts to get vaccinated. “Think about it again,” she said. The country's disease control center called last week for people to cancel or avoid large events.

A massive surge in coronavirus cases in Europe is forcing a growing number of countries there to reimpose tough restrictions.

To Germany's west, the Netherlands on Saturday night implemented a partial lockdown that is due to run for at least three weeks, forcing bars and restaurants to close at 8 p.m. In the northern city of Leeuwarden, hundreds of young people gathered in a central square, setting off fireworks and holding flares, before riot police moved in to push protesters out.

In Austria, the leader of the far-right opposition Freedom Party vowed to combat the new restrictions by “all parliamentary and legal means we have available.” Herbert Kickl said in a statement that “2 million people are being practically imprisoned without having done anything wrong.”

On Monday, Kickl announced on Facebook that he had tested positive for COVID-19 and must self-isolate for 14 days, so he won't be able to attend a protest in Vienna planned on Saturday.

The government's next move may well be to tighten the screws.

Health Minister Wolfgang Mueckstein told ORF television that he wants to discuss further measures on Wednesday, and said that one proposal on the table is limits on going out at night that would also apply to the vaccinated.

Schallenberg sounded a more cautious note. “Of course I don’t rule out sharpening” the measures, he said, but he indicated that he doesn’t expect restrictions on bars and the like at present.