Some motorists trapped for up to 12 hours, officials say

Indiana State Police earlier Monday declared a state of emergency for LaPorte and Porter Counties after a weekend of wintry weather rendered the area into frozen tundra.

A spokesman for LaPorte County said the situation is nearly identical there.

Blowing and drifting snow along I-65, I-80/94 and the Indiana Toll Road, made for hazardous and slick road conditions. 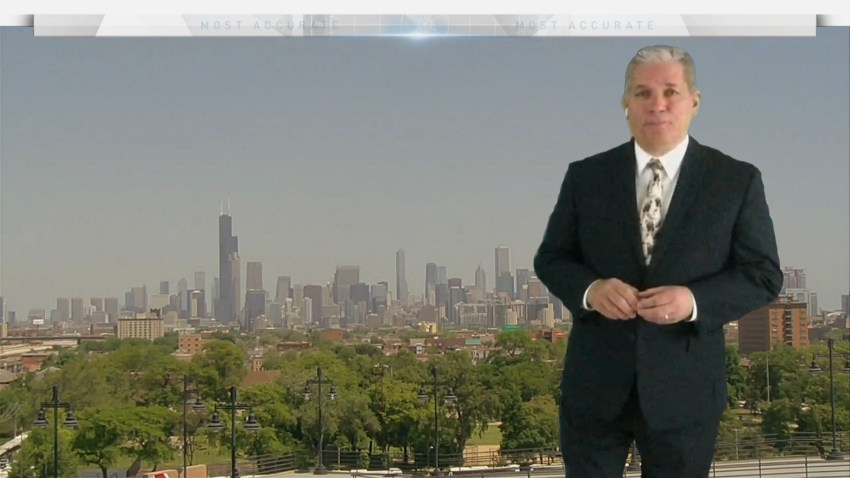 "It's terrible, it's the ice that's really bad," said Ron Troupe, a driver in Lake County. "The ice is what you got to watch for, it looks like it's all clear, then all of a sudden you step on the breaks and you're all over the road."

On Highway 30, near Valparaiso, some drivers were stranded for 12 hours, but officials in both LaPore and Porter counties said that there have been no reports of missing drivers.

State Road 2 between the City of Lowell and Hebron on U.S. 231 remained closed as of 4:30 p.m.  A National Guard truck was assisting in the road closure and the effort to get it back open, and Indiana State Police asked everyone in the area to stay home if possible.

Snow drifts in some areas are as high as six feet tall.

The roof of the Skyline Stage at Navy Pier tore off Sunday.  No one was inside at the time because the theater is closed for the winter and other activities inside Navy Pier were unaffected.

Huge waves from Lake Michigan splashed high up on the beach, engulfing the lakeshore jogging path and ripping up some of the pavement.  At one point on Sunday, wind gusts reached up to 60 miles per hour.

Chicago's airports struggled Monday to get back on track after mass cancellations over the weekend.

The lines were long and tempers were no doubt short as airlines tried to recover from about 1,700 canceled flights at O'Hare.  More than 300 flights out of Midway were canceled.