Lows will drop into the upper 20s before the work week begins.

The Chicago area saw another trace of snow at the beginning of the weekend, but that won't likely be the case Sunday with temperatures in the mid-to-upper 30s and sunshine on tap.

The morning hours began in the upper 20s to low 30s, and by the afternoon hours temperatures are slated to climb to the upper 30s, according to NBC 5 Storm Team Meteorologist Pete Sack.

While comfortable conditions and sunshine are expected overall, winds will likely pick up in the afternoon hours. However, they won't be nearly as strong as the fierce winds that moved through the area earlier this week, forecasters said.

Low temperatures will drop into the upper 20s to low 30s overnight before the work week begins.

How Much Snow Will the Chicago Area Get Monday? 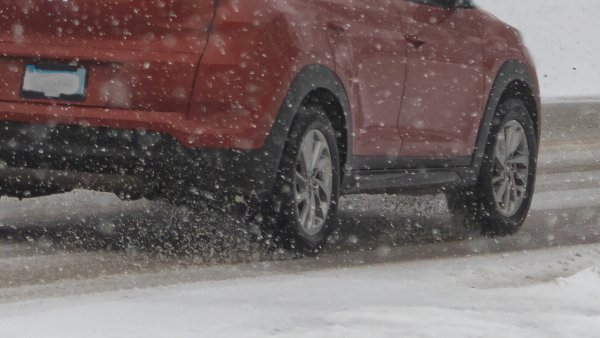 Temperatures will rise Monday, surpassing the 40-degree mark. Similar to Sunday, the rest of the week will be dry and comfortable overall - with both snow and rain not likely through Christmas.

By the middle of the work week, temperatures are poised to drop yet again to the mid-30s. Starting Thursday, however, temperatures will likely be back up in the 40s.

For Christmas Eve and Christmas Day, temperatures are expected in the low-to-mid 40s, bringing partly sunny skies to the area.