USOPC Relying on Facts and Planning to Deal With Coronavirus

The U.S. Olympic and Paralympic Committee is closely monitoring the virus as the qualifying season approaches for the Tokyo Olympics

It's a spreadsheet that covers 52 sports and nearly six dozen venues — a laundry list of places around the globe where Olympic hopefuls were expected to be competing over the next few months.

With the threat of coronavirus hanging over the Tokyo Olympics, the U.S. Olympic and Paralympic Committee has been gathering information from the individual sports about their pre-Olympic schedules — what events have been cancelled, moved or postponed, and what other events could be in the future.

There are no specific backup plans being made, the USOPC officials say, but it's a good list to have, as the Olympic qualifying season gears up and athletes start punching tickets for what they hope will be a trip to Japan. The marathon trials, for instance, are Saturday.

USOPC Chief of Sport Performance Rick Adams says in addition to collecting the logistical information, the federation is working closely with the Centers for Disease Control and the Department of Homeland Security to get every update about coronavirus, how it is spreading and what can be done to avoid it.

Adams and others at the USOPC are keeping tabs on the headlines — IOC president Thomas Bach on Thursday said all plans are currently for the Games to go on as scheduled — but not making knee-jerk reactions to the wild fluctuations of the news cycles.

"At this juncture, it's really about being on top of the information, being fact-based, communicating with athletes, NGBs and staying very focused on the preparations for Tokyo," Adams said.

The U.S. will bring more than 500 athletes to the 17-day sports festival in Tokyo, many of whom will go to Asia early to train and acclimate. All the potential Olympians are ramping up their travel — some competing in international events that carry Olympic ramifications, others using overseas competitions as a preseason of sorts in advance of trials that will be held in the U.S. over the summer.

With six months to go until the summer games, the city of Tokyo lit up the Olympic rings and celebrated the occasion with fireworks.

Four years ago, with the Zika scare in full bloom in the run-up to the Rio Games, the USOPC improved upon its protocols in case an illness spread quickly, either before or during the Olympics.

It has access to a state-of-the-art testing system that can identify infectious diseases and possibly prevent their spread. That system, however, is not designed to detect coronavirus.

The USOPC also has extensive quarantine protocols that include sealed-off spaces both inside and outside of the Olympic Village where many of the athletes stay.

The federation's infectious disease advisory group — filled with medical experts from around the country — has been meeting to gather updates about coronavirus. 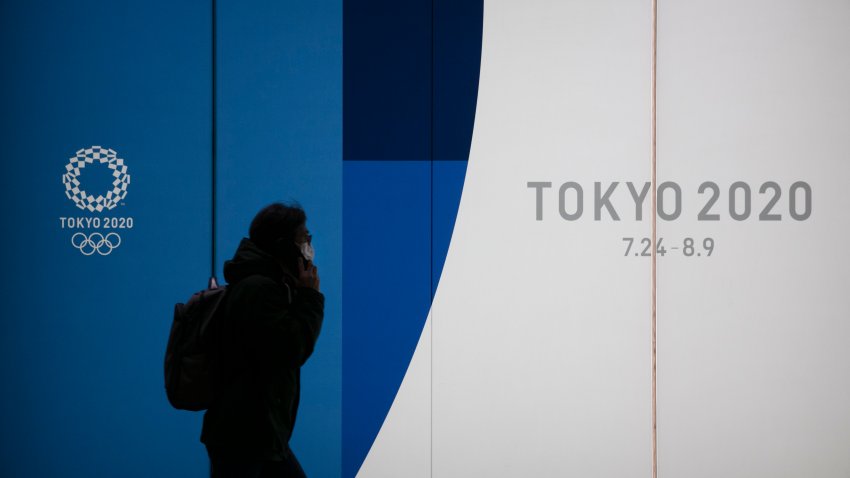 Q&A: Things to Know About Tokyo Olympics and Spreading Virus

"They're advising us about new technology, treatments. best-care practices for patients, and helping us create strategies for containment," said Bahati Van Pelt, the USOPC chief of athlete services.

Van Pelt says updates go to athletes via the Athletes' Advisory Council on a weekly basis, or whenever major updates become available.

All the information is designed to help the USOPC react to any changes in plans this summer, though Adams said the main plan is getting ready for whatever is in store in Tokyo this summer.

"It's situational, on a daily basis, and there's frequent communication," Adams said.

National Stadium in Tokyo has been completed after three years of construction. The venue will be home to the opening and closing ceremonies for the 2020 Olympics.

Among those the USOPC consults with: other national Olympic committees, Tokyo organizers, the IOC and global and domestic health organizations.

"We're aggregating and communicating frequently to make sure we can get the information out on a fact basis," Adams said.