First, the front office downed its white whale by acquiring Lonzo Ball in a sign-and-trade with the New Orleans Pelicans. Later came agreeing to terms with defensive-minded guard Alex Caruso. Entering Day 2, the Bulls still have their bi-annual exception and minimums to continue rounding out the roster, with the possibility that their non-taxpayer mid-level could come back into play as well (we’ll get to this in a bit). 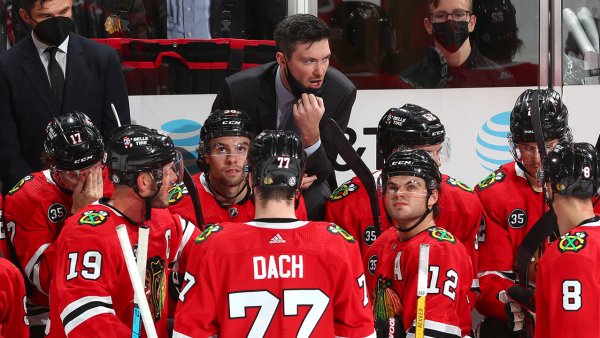 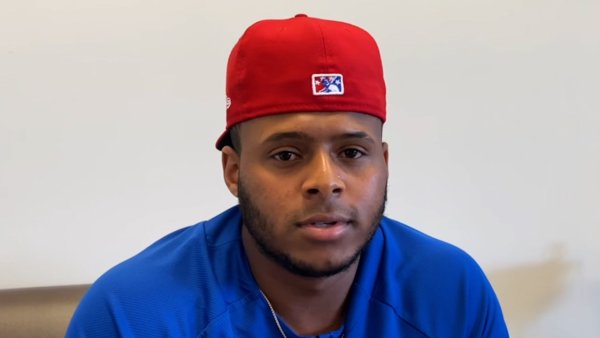 Why Cubs Prospect Nelson Velazquez Might Have Next-Core Value

Out the door are Tomáš Satoranský, Garrett Temple (Pelicans) and Daniel Theis (Rockets). Lauri Markkanen's restricted free agency — which could very well end in another sign-and-trade — also has yet to be resolved.

But the team is no doubt improved, and no doubt better molded to the vision of Artūras Karnišovas, Marc Eversley and the rest of the Bulls’ front office.

Here’s a summary and grades from the Bulls’ active Day 1 of free agency:

The zoomed out view: Without having to dip under the salary-cap line (thus retaining their non-taxpayer mid-level exception and not having to engage in cumbersome financial gymnastics), the Bulls get a significant point guard upgrade in Ball in exchange for two reserves and a second-round pick. They’ll pay Ball, who turns 24 in October, an average of $21.3 million over the next three years, with a player option on the fourth.

So, Artūras Karnišovas got the man he has coveted since the run-up to the 2021 trade deadline, and did so for a reasonable price. Ball is still improving entering his fifth NBA season, and is now signed through at least his age-26 campaign.

As for the fit, Ball profiles as a tidy one. He’s a selfless, play-connecting passer that should help bump the team’s pace of play and balance their guard and wing rotation. His jump-shooting improvements appear real, having canned 37.6 percent of his 3-pointers (7.2 attempts per game) over the last two years and shot 40.2 percent on catch-and-shoot triples in 2020-21. And crucially, he’s a two-way player — a long, instinctive team defender with the size to play multiple positions.

The icing on the cake: All of the above meshes with Zach LaVine’s skill set. LaVine now enters a contract year without an extension signed (that will likely have to wait for the offseason when he hits unrestricted free agency), but this is a move that appeals to his desire to win. The Bulls hope the two will flourish alongside one another in the back court for years to come.

Meanwhile, the Pelicans avoided losing Ball for nothing by adding veteran depth in Satoranský and Temple. Later in the day, they used the flexibility gained by their pre-draft trade with the Grizzlies and not retaining Ball to execute a sign-and-trade for Devonte’ Graham (four years, $47 million) in exchange for a lottery-protected 2022 first-round pick.

Say this if nothing else about the Bulls’ front office under Karnišovas, Marc Eversley and Co.: When they see a problem, they identify and address it directly.

Bringing in Caruso strikes as a direct reaction to the Bulls’ woeful guard defense on-the-ball and at the point-of-attack last season, which led to them ranking among the league’s worst guarding both the ball-handler and roll-man in pick-and-roll actions. Caruso is tenacious in that context — making him complementary with Ball, LaVine and Coby White, all of whom aren’t — and a rugged defender overall. Standing 6-foot-4, he has a knack for strips, deflections and loose balls, and is a positive rebounder for his position on both ends.

Plus, not for nothing, Caruso is coming off a season in which he shot 40.1 percent from 3-point range, albeit on a low-volume 2.4 attempts per game. He also brings more postseason experience than can be found anywhere else on the roster as it stands, having played a crucial reserve role for the Lakers in their 2020 championship run.

The contract, which will pay the 27-year-old an average of $9.25 million per year, may be a slight overpay, and Caruso has his limitations, but the vision is clear. The top four of the Bulls’ guard rotation — LaVine, Ball, White, Caruso — is all of a sudden pretty well-rounded.

What’s not yet known is if Caruso’s deal will represent the Bulls’ use of (the majority of) their non-taxpayer mid-level exception, or fit into a larger sign-and-trade we’ll explain shortly.

Losing Theis, who won the hearts of many with his play after being acquired at the 2021 deadline, stings. But ultimately the Bulls had bigger needs to address than backup center with this salary slot and he found a home in Houston.

There is a silver lining for the Bulls, though. Signing and trading Theis to the Rockets — which the Bulls intend to do, per ESPN’s Tim MacMahon — will generate for the Bulls an $8.3 million trade exception, which they could use to absorb up to $8.3 million in extra salary in trades moving forward. That’s better than losing the versatile big man for nothing, and benefits the Rockets too, allowing them to keep their mid-level exception intact.

Even better, as Danny Leroux first noted on Twitter, would be looping the Caruso transaction into the equation as well. The Bulls signing-and-trading Theis to Houston, then the Lakers signing-and-trading Caruso to Chicago (where he would be absorbed into the aforementioned trade exception) would preserve the Bulls’ mid-level exception, and give the Lakers a trade exception. Win win.

In layman’s terms, that means the Bulls would, in addition to Caruso, have another $9.5 million to pursue other free agent(s) despite being over the cap. Wing and front court depth remain glaring needs.

Bulls grade: INC, but it will be a good one for salvaging whatever they do for Theis.