Before the Bulls’ fifth straight loss, a 126-115 clunker to the Grizzlies on Friday night that dropped them to 3-9 since the trade deadline, coach Billy Donovan reminded all that management’s bold acquisitions are just as much about the future as now. 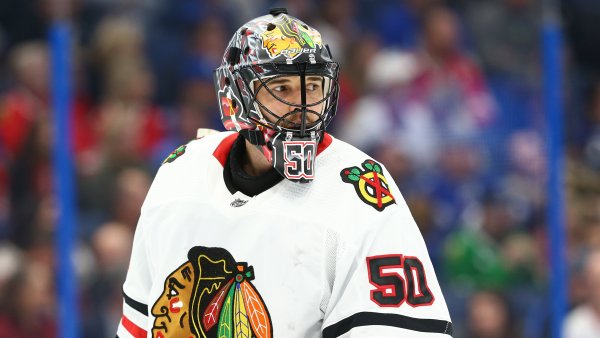 “It’s all for a longer-term vision to constantly keep moving the team forward and helping the team get better,” Donovan said. “Obviously, we knew with the condensed schedule, really limited to no practice time, that the number of players coming in that have gotten into the rotation was going to be very challenging. But I do think what happened will make us better.”

But there’s also a here-and-now. And by dropping percentage points behind the Raptors for the meager 10th seed, the Bulls reminded all that life without Zach LaVine could be tough sledding.

Given that sources said on Thursday that LaVine will be out at least 10 to 14 days -- and possibly longer -- after landing in the league’s COVID-19 health and safety protocol, others will have to step up to try to replace his 27.5 points a game.

Offense wasn’t the problem against the Grizzlies. Defense -- again -- was, even with Donovan trying a new starting lineup that featured Daniel Theis and Garrett Temple.

With Tomáš Satoranský out to non-COVID-related illness, Coby White drew his first start since March 14 and finished with 27 points, seven assists and five rebounds.

“I thought he played well; he obviously made shots,” Donovan said. “I thought he got the ball where it needed to go.”

That may be the biggest positive from the otherwise gloomy night. White had missed several wide-open teammates in recent reserve stints. But from the start against the Grizzlies, he looked, well, on point.

Not only did he score 11 first-quarter points, he in stride fed Nikola Vučević -- huge, again, with 24 points, 14 rebounds, six assists -- on pick-and-roll actions.

“I thought he played a very good game. I thought he was really aggressive. He was really playing to his strengths, and it showed,” Vučević said. “I think at times when he’s a little too hesitant or doesn’t want to be over-aggressive and shoot the ball when he’s open, he takes away from his strengths. So I actually told him, ‘You just got to play your game and do what you do.’ And he did that.”

“The point guard position in this league is very difficult. You got to make sure everybody is in the right spot, everybody’s happy. And then also, you go against some of the best players in this league,” Vučević said. “Even before, I thought he was a very, very talented player before I got here. And now I see it. I think he has a very bright future. He’s just got to continue to work.”

With White back on track for one game, the next steps are consistency -- and tough guards arrive Saturday in Darius Garland and Collin Sexton -- and reviving Lauri Markkanen. The forward continues to be a non-factor off the bench, managing just three points on 1-for-7 shooting while adding five rebounds and four assists.

That two starting spots opened up because of the LaVine and Satoranský absences and Donovan paired Theis with Vučević and moved Thad Young back to a facilitating role alongside Markkanen in the second unit was telling. That second unit did lead a second-half charge, and Donovan also went to that big-man pairing early in the third because of poor transition defense.

But Markkanen made little scoring impact. And there’s ample opportunity with LaVine out for an extended period.

“Obviously, we are going to miss him a lot,” Vučević said of LaVine. “But I think the message is we just got to continue to work, continue to try to win games.”