2021 NFL Draft: Rondale Moore Could Be Special Addition to Bears 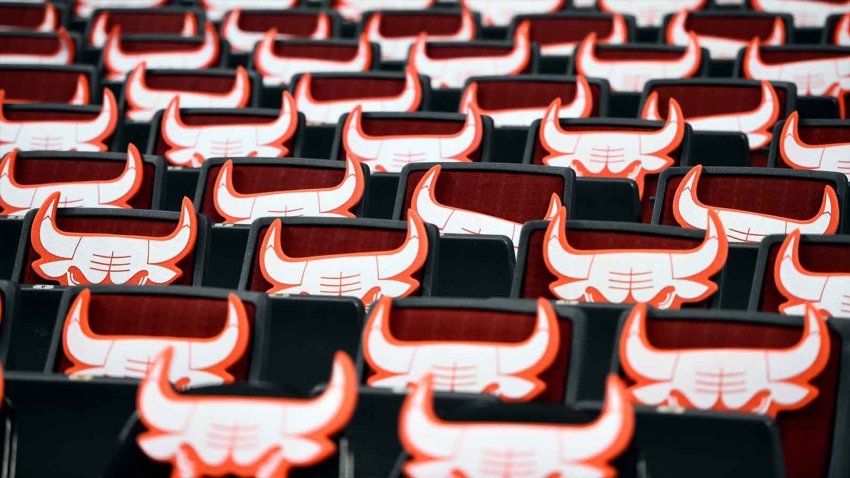 Moore hadn’t played a down beyond the high school level, yet Northwestern prepared for him like he was the reigning Heisman Trophy winner. This was the 2018 season opener and there wasn’t any college film on Moore, so Northwestern head coach Pat Fitzgerald did what he could – he showed his defense Moore’s high school film.

Moore had 302 all-purpose yards by halftime.

It was one of the best college debuts ever, but Purdue ended up losing the game, 31-27.

“What was more important to me was getting the victory,” Moore said.

Granted, that’s a pretty common response from a star player after a loss, but that quote didn’t come in the immediate aftermath of the loss. It came this week as Moore chatted with NBC Sports Chicago ahead of this month’s NFL Draft. He broke Purdue’s 46-year-old single-game record for all purpose yards (313) in his first collegiate game, but 2.5 years later, the loss still stings.

This is a kid who spent a high school season in quarterback meetings and watched games from the press box to better understand coverages when he was ruled ineligible due to a transfer. In college, according to an ESPN story, he was almost late for the presentation of the Paul Hornung Award (nation’s most versatile player) because he was busy training. Distractions – even good ones like awards – don’t matter. He’s focused on football and getting better.

“I’ve surrounded myself with some really good people, even dating back to high school, before I even transferred to Trinity (in Louisville),” Moore said.

And that’s just one reason why the former Boilermaker will almost certainly have his name called in the first two days of the 2021 NFL Draft.

To understand Rondale Moore, you need to understand why he ended up at Purdue. He had over 30 scholarship offers and was originally committed to Texas. But he had a list of three priorities in his recruitment and he stuck to them:

“I'm not a glitz and glamour type of guy and West Lafayette, Ind. isn't the most glamorous place to look at or even be, obviously because it's a lot colder there than it is in Texas,” Moore said. “I don't follow trends and I don't get caught up in who does this and who does that. I made a decision off of my heart and the morals I wrote down on the sheet.”

When it came to relationships, Brohm had the upper hand. He is also a Trinity High School alum and developed an early bond with Moore. When it came to academics, Purdue’s academic advisors mapped out a plan to graduate in three years – Moore did it in 2.5. And when it came to the offense, Brohm had the “W” position ready to go in his system – a role that lined Moore up all over the offense and featured him prominently.

“We ran a spread-style offense, but we have plenty of pro-style concepts where we'll go 21 (personnel), we'll go 12, we'll flex a tight end. We'll put me in the slot with the tight end outside. We'll put five receivers on the field,” Moore said. “So I mean, the cool thing about Purdue, man, is we pretty much did it all.”

Moore’s tape screams first round draft pick, but there are plenty of skeptics out there, including NFL teams. That’s because after becoming the first Big Ten freshman to ever earn consensus All-American honors, Moore was limited to just seven games in his final two seasons. A hamstring injury cost him the final eight games of the 2019 season and another hamstring injury cost him the first three games of 2020. Just to top it off, a COVID-19 breakout ended Purdue’s season early.

Moore is hounded by questions about what happened the last two years, so what does he tell NFL personnel when they ask?

“Truth. I tell them exactly what happened and my thought process through it all,” Moore said. “I think it reveals how persistent I am, how diligent I am about my work every day and my approach that I take as I start my day and continue to grow as a person and as a player. And that's all I can do.”

The truth is this:

“The (Purdue) facility shutdown and the Big Ten canceled the season so therefore I opted out. Then the Big Ten reinstated the season as I was home training. I called Coach Brohm, we sat down, made it make sense and I opted back in. I had a hamstring at the beginning of the season, so I missed a few games and then I got to play three games. Then we had a COVID breakout and they canceled a game, canceled another game and eventually just canceled the season. So I only got to play three games the last year.”

But one of those games was especially notable – a 15-catch, 136-yard performance against Minnesota that also included a rushing touchdown. It was Moore’s first game played in over a year and he looked a lot like the guy who dominated the Big Ten in 2018.

The hamstring injuries are a legitimate concern and the medical information – while limited this year – will be important when it comes to a team taking a chance on Moore. But if the versatile athlete can stay healthy, there’s little doubt he’ll make a quick impact at the next level – just like he did when he made the jump from high school to college.

When Moore is asked how tall he is, he has a quick answer:

He officially came in at 5-7 and 181 pounds at Purdue’s pro day, but it’s never been something he obsesses about, even if NFL teams view it as a concern.

“I don't really get into the size thing. For me it's just crafts. And I look at the things you can control,” Moore said. “For me, that means weight distribution, mannerisms and ability to get open. I like to watch guys like Cooper Kupp, Cole Beasley, (Stefon) Diggs, Julio (Jones), Keenan Allen, Calvin Ridley is a big one as well. And they possess different skills and all different heights.”

A few things work in Moore’s favor despite the height and length limitations: He’s a quick-twitch athlete with insane change-of-direction. He also plays strong and compact and isn’t afraid to run over bigger linebackers or safeties. And his football IQ is strong.

“The unique thing about myself and the 'W' in (Purdue’s) offense is he can line up everywhere and more often than not, he has to be the smartest on the field,” Moore said. “I think that has helped me today with growing and understanding these offenses as I go through installs with the different teams.”

One of those teams is the Chicago Bears. Moore has had “numerous Zoom calls with the whole staff” and he worked closely with Bears wide receivers coach Mike Furrey at Purdue’s pro day. The official 40-time is listed as 4.31, but Moore goes with 4.29, which showed up on at least one stopwatch. Regardless, he’d be a fast, dynamic addition to Matt Nagy’s offense, even if there is some overlap with Tarik Cohen, who already serves as the Bears’ Swiss Army knife at 5-6, 179 pounds.

Moore isn’t the first draft prospect to catch on with Furrey, who has developed a reputation for connecting with young players.

“He's really into it. I think his personality is really cool. Why? Because he wants to help and I think you get that feeling from him right away,” Moore said.

Considering how important relationships are to the Purdue star, it will be interesting to see if that connection brings him to Chicago. Putting Moore on the list of potential Bears targets with the No. 52 overall pick in the second round would be smart, but it also wouldn’t be surprising if he’s gone by then.

If Moore stays healthy, he’s the type of player who could be running through an end zone very quickly – perhaps as soon as Week 1.