The Chicago Blackhawks set a franchise record with their 10th consecutive victory and extended their points streak to 29 games with a 5-3 win against the Minnesota Wild on Tuesday night.

Bryan Bickell scored twice in the first period and Patrick Kane added a big goal in the third as Chicago (20-0-3) remained the only team in the NHL without a regulation loss. It also snapped a tie with the 1977-78 Montreal Canadiens for the second-longest points streak in league history.

Ryan Suter scored his first goal with Minnesota, sending a power-play slap shot past a screened Corey Crawford in the third period. Kyle Brodziak then poked his own rebound to get the Wild within one at 10:32. 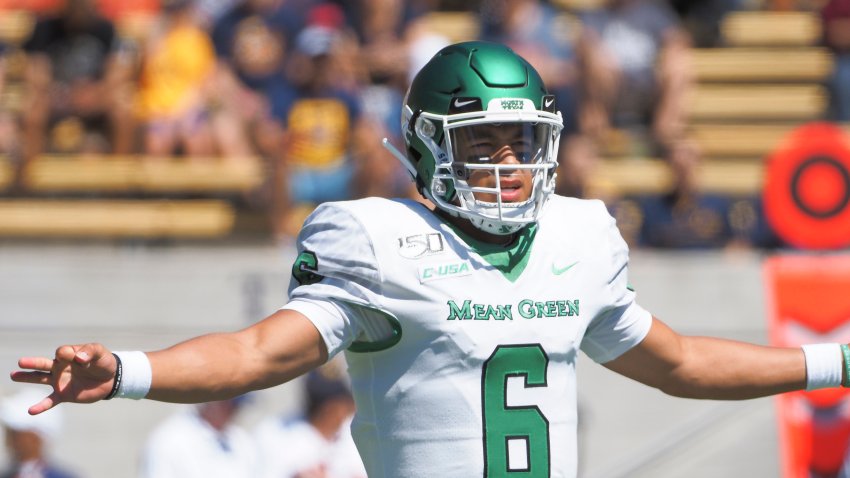 Brandon Saad had a goal and two assists for the Blackhawks, who host the Colorado Avalanche on Wednesday night. Marian Hossa scored after he was honored in a pregame ceremony and Crawford finished with 20 saves.

Kuemper, who replaced Niklas Backstrom at the start of the second period, finished with 14 stops for the Wild (11-9-2), who had won five of seven.

Matt Cullen helped Minnesota grab the lead in the first, poking the puck away from Andrew Shaw for a turnover in the Blackhawks' end. Cullen then got it back and was stopped by Crawford, but Devin Setoguchi poked in the rebound to make it 1-0 at 8:22.

Chicago responded with four consecutive goals in a span of 5:43, showing off the depth and tenacity at the center of its long points streak. Coming against the talented Wild, one of three teams with a victory over the Blackhawks this season, it was quite the statement.

Saad kicked off the dizzying display when he followed his own backhand attempt with another one that found the back of the net at 13:02. Bickell then swept in another rebound 44 seconds later, and scored again at 17:12 when Saad got the puck away from the boards and found him for a wrister that went in off Backstom's left arm.

The Blackhawks tacked on another one when Jonathan Toews forced a turnover in the Minnesota end, and Saad made a nifty pass to Hossa for his 10th goal of the season. Chants of "Hossa! Hossa!" cascaded down from the rafters as the right wing celebrated his first goal since he beat Edmonton in overtime on Feb. 25.

There were more cheers from the sellout crowd of 21,836 as the final seconds of the first ticked off, with the Blackhawks outshooting the Wild 17-6 in the opening 20 minutes. The four goals matched their season high for a period set Feb. 7 at Phoenix, also in the first.

Minnesota had a chance to rally when Chicago let up at the start of the second, but Crawford stuffed Heatley right in front of the goal and stopped Jared Spurgeon's long slap shot.

The night began with each of the Blackhawks wearing a No. 81 jersey during pregame warmups as the franchise honored Hossa for playing in his 1,000th NHL game Sunday at Detroit. The 34-year-old forward was joined by his wife, Jana, and daughter Mia for the pregame ceremony, when he was presented a silver stick and a painting of when he hoisted the Stanley Cup for the first time in 2010.

"To play 1,000 games in the National Hockey league is an awe-inspiring accomplishment," Blackhawks president John McDonough said. "It speaks to endurance and an unwavering commitment to winning."

Hossa, who signed a free-agent deal with Chicago in 2009, held Mia in his arms for much of the ceremony and maintained a stoic look as the crowd chanted his name in tribute.