Why Emil Jones Jr. Took a Bullet for Obama

Now we know just how devoted Emil Jones Jr. was to advancing Barack Obama’s political career. More devoted than he was to his own.

Lon Monk, Rod Blagojevich’s ex-chief of staff, testified that Blagojevich had made a deal to appoint Jones to the Senate, if Jones would kill an ethics bill preventing individuals or companies with state business from making political donations. Blagojevich had already vetoed it. Jones agreed -- until Obama called, asking him to pass the bill, so John McCain would have a little less Illinois sleaze to campaign against. 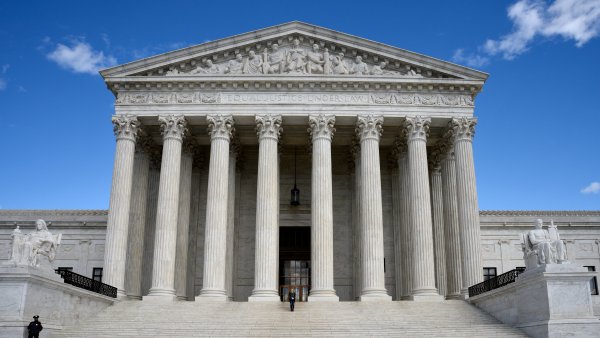 Justices Consider Hearing a Case on Racial Slurs in the Workplace

Would Liz Cheney Run to Keep Trump From Oval Office? ‘Whatever It Takes,' She Says

Jones had long since come to terms with the fact that Springfield was as far as he was going to in politics. In 1995, he lost a special election for Mel Reynolds’ South Side congressional site -- a race won by Jesse Jackson Jr. -- and concluded that his constituents preferred him in the state senate.

In Obama, Jones saw a politician who could go farther than he had -- but only with Jones’s help. In 2002, Obama flattered the older man by telling him, “You have the power to make a U.S. Senator.” When Jones asked who that might be, Obama said, “Me!”

Once Jones became senate president, in 2003, he helped Obama build a legislative record by assigning him bills that other senators had sponsored for years -- Rickey Hendon still hasn’t gotten over losing the racial profiling bill -- and twisting the arms of senators reluctant to support Obama for the U.S. Senate. (He had to work especially hard on members of his own black caucus. Some of them resented Obama’s preferential treatment.) Jones considered himself Obama’s godfather, and once said, “He feels like a son to me.”

As a U.S. senator, Jones would have been a seatwarmer, with little chance for re-election. It would have looked good on his tombstone, but not everyone is obsessed with such honors. So when he had to choose between helping Rod Blagojevich and helping Barack Obama, it was an easy call. For Jones, helping elect the first black president of the United States was a better legacy than sitting in the U.S. Senate for two years.