The legal sparring around Donald Trump's impeachment trial is underway, with briefs filed this week laying out radically different positions ahead of next week's Senate trial.

House prosecutors and the former president's defense team are putting forward their arguments about Trump's role in the Jan. 6 riot at the U.S. Capitol and on the legality of even holding a trial. They're also debating the First Amendment and a blunt assessment by Democrats that the riot posed a threat to the presidential line of succession.

Here are some of the takeaways from the arguments of both sides:

Who's responsible for the riot? Democrats say there's only one answer, and it's Trump.

The Democrats contend that Trump was “singularly responsible" for the Jan. 6 attack by “creating a powder keg, striking a match, and then seeking personal advantage from the ensuing havoc.” They say it's “impossible” to imagine the riot unfolding as it did without Trump's encouragement, and they even cite as support a fellow Republican, Rep. Liz Cheney of Wyoming, who said essentially the same thing.

Trump's lawyers, by contrast, suggest he can't be responsible because he never incited anyone to “engage in destructive behavior.” They concede there was an illegal breach of the Capitol that resulted in deaths and injuries. But they say the people who are “responsible” — the ones who entered the building and vandalized it — are being investigated and prosecuted.

The second impeachment trial of President Donald J. Trump, slated to start Feb. 8, continues to take shape in both the House and Senate. Sen. Patrick Leahy, a Democrat, will preside, instead of the Chief Justice of the Supreme Court.

Trump's lawyers don't dispute that he told supporters to “fight like hell” before the Capitol siege. But the defense says that Trump, like any citizen, is protected by the First Amendment to “express his belief that the election results were suspect.” He had an opinion that he was entitled to express, they say, and if the First Amendment only protected popular speech, it'd be “no protection at all.”

House Democrats don't see it that way. For one thing, they say the First Amendment is meant to protect private citizens from the government, not to allow government officials to abuse their power. And while a private citizen may have a right to advocate for totalitarianism or the overthrow of the government, “no one would seriously suggest” that a president who adopted those same positions should be immune from impeachment.

The impeachment managers state that loyalists egged on by Trump directly endangered the safety of lawmakers who fled the House and the Senate as the rioters poured in.

Among those affected were the government's most senior leaders.

Those in the line of succession for the presidency after Trump — then-Vice President Mike Pence, House Speaker Nancy Pelosi and Senate Pro Tempore Chuck Grassley — were all in the Capitol and forced to flee for safety. Trump’s conduct not only “endangered the life of every single Member of Congress," the Democrats wrote, but also “jeopardized the peaceful transition of power and line of succession.”

The brief details chilling threats to Pence and Pelosi as rioters ransacked the building and “specifically hunted” them. According to the document, which cites media outlets and videos, insurrectionists shouted, “Hang Mike Pence!” and called him a traitor because he'd indicated he would not challenge the electoral count, as Trump wanted. One person is alleged to have said that Pelosi would have been “torn into little pieces” had she been found.

The Democrats also describe the terror felt by lawmakers and staffers during the siege. “Some Members called loved ones for fear that they would not survive the assault by President Trump’s insurrectionist mob,” the impeachment managers wrote. 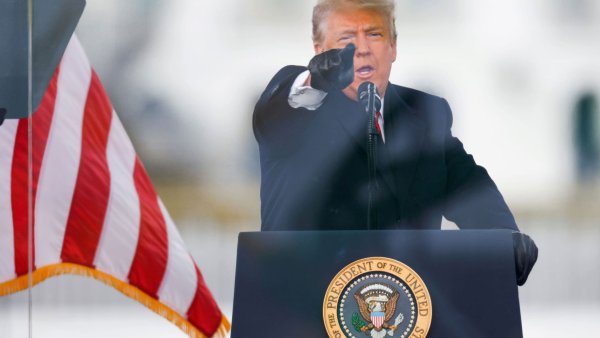 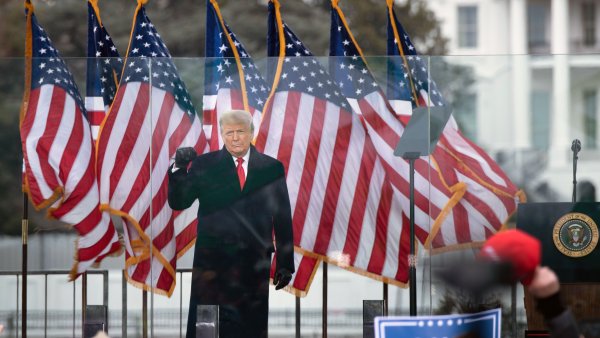 That’s the message from Trump’s defense team, which used the word “denied” or “denies” a whopping 29 times in its 14-page brief.

Trump’s team denies that the impeachment trial can be held because he is no longer in office. They deny that he incited his supporters to violence. And they deny he did anything wrong on Jan. 6, or the weeks leading up to the riot, when he whipped his supporters into a frenzy by convincing them, despite overwhelming evidence to the contrary, that the election had been stolen from him.

When Trump told the crowd, “If you don’t fight like hell, you’re not going to have a country anymore,” he was merely pressing the “need to fight for election security in general,” Trump's lawyers claim. He was not attempting to interfere with the counting of electoral votes, even though he had demanded that Pence do just that.

“It is denied that President Trump ever endangered the security of the United States and its institutions of Government,” they wrote. “It is denied he threatened the integrity of the democratic system, interfered with the peaceful transition of power, and imperiled a coequal branch Government."

Rather, they say, he "performed admirably in his role as president, at all times doing what he thought was in the best interests of the American people.”

There was no widespread fraud in the election, as has been confirmed by a range of election officials across the country and by former Attorney General William Barr. Nearly all the legal challenges to the election put forth by Trump and his allies were dismissed.

Both sides are at odds over whether a trial is permissible now that Trump has left office — and the seemingly arcane argument could be key to his acquittal.

Trump's lawyers say the case is moot since he is no longer in the White House and the Senate therefore doesn't have jurisdiction to try him in an impeachment case. Many Senate Republicans agree, and 45 of them voted on that basis to end the trial before it began. A two-thirds vote of the Senate would be required for Trump's conviction.

It is true that no president has faced impeachment proceedings after leaving office, but House managers say there's ample precedent. They cite the case of former Secretary of War William Belknap, who resigned in 1876 just hours before he was impeached over a kickback scheme. The House impeached him anyway, and the Senate then tried him, though he was ultimately acquitted. Democrats also note that Trump was impeached by the House while he was still president.

That possibility, they suggest, makes the case against Trump — who could mount another White House run in 2024 — anything but moot.

This story has been corrected to show that Belknap was ultimately acquitted, not convicted.