A look at the obscure public health policy at the center of a U.S. border fight

The Centers for Disease Control and Prevention announced on earlier this month that the Biden administration will lift a Trump-era public health restriction that prevented asylum-seekers from crossing the border into the U.S. due to the coronavirus pandemic, effective May 23.

The policy, known as Title 42, has been widely criticized by Democrats and immigration advocates. But what even is Title 42 and why does the CDC control it? Here’s everything you need to know.

In March 2020, the Trump administration's CDC invoked the policy, arguing that it was needed in order to curb the spread of COVID-19 as coronavirus cases soared in the U.S. The order gives border patrol agents the right to expel migrants seeking asylum, without giving them an opportunity to explain their persecution case.

While officials said at the time the move was a way to keep COVID-19 out of the United States, advocates, public health officials and even some within Trump's administration criticized the decision as an excuse to seal the border to migrants unwanted by then-President Donald Trump.

Since then, migrants trying to enter the U.S. have been turned away more than 1.7 million times to Mexico or their home countries.

A federal court in Washington, D.C., also ruled the policy unlawful in a class-action lawsuit brought by the American Civil Liberties Union and other groups. 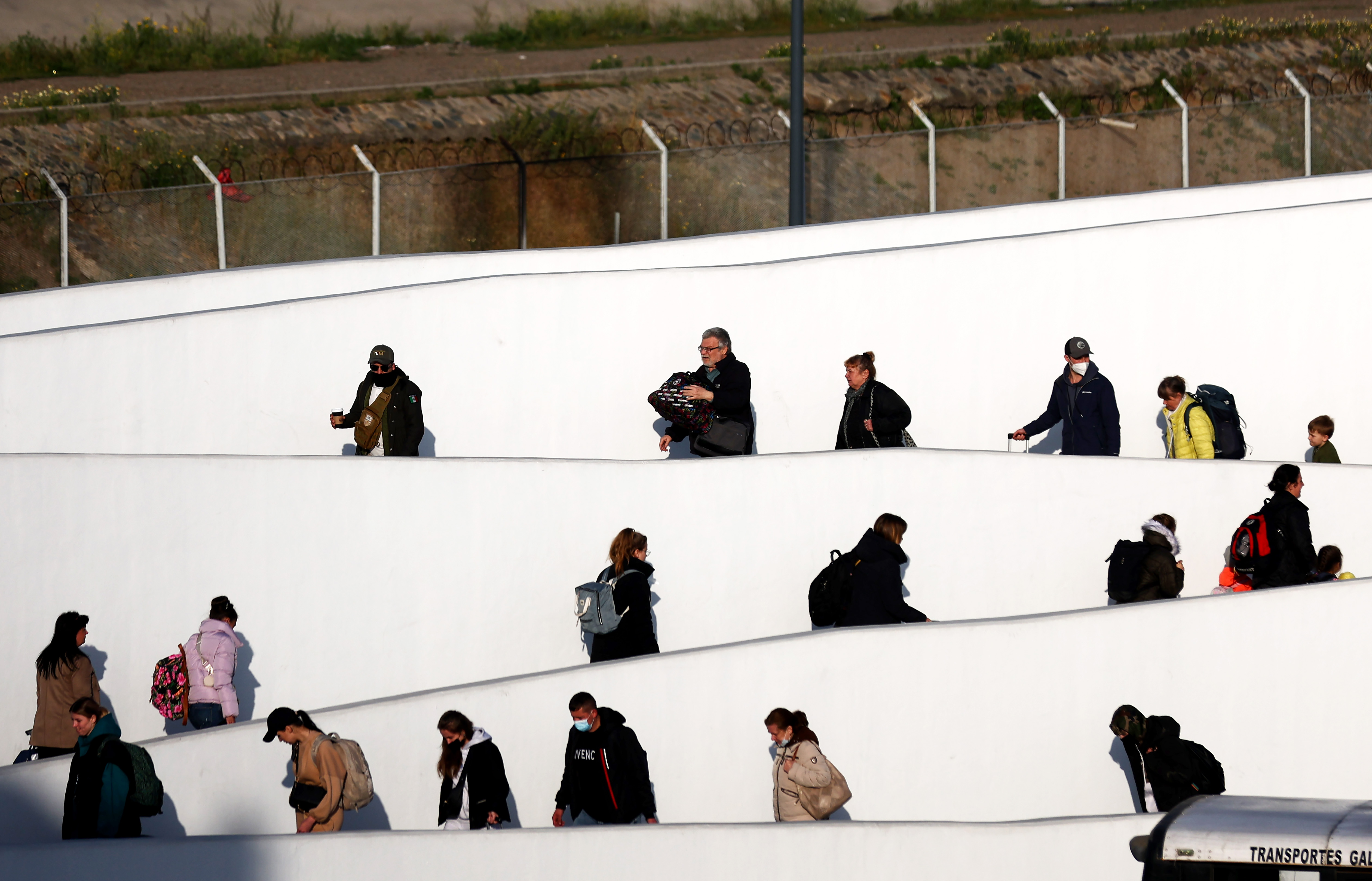 US Speeds Entry for Ukrainians as More Reach Mexico Border When Does Title 42 Expire?

The CDC announced on April 1 that it will end on May 23 in order to give officials time to come up with “appropriate COVID-19 mitigation protocols,” including scaling up COVID-19 vaccinations at the border and preparing facilities.

“After considering current public health conditions and an increased availability of tools to fight COVID-19 such as highly effective vaccines and therapeutics, the CDC Director has determined that an order suspending the right to introduce migrants into the United States is no longer necessary,” the CDC said in a statement.

The decision was expected to draw more migrants to the U.S.-Mexican border. The Department of Homeland Security said in early April that about 7,100 migrants were coming daily but it's now preparing to see as many as 18,000 daily arrivals.

However, in the interim, nearly all migrants seeking to cross into the U.S. are expected to be turned under the health authority.

CDC officials already lifted part of the order last month, ending the limits for children traveling to the border alone.

What Has the Biden Administration Said About Title 42?

Since taking office, Biden has resisted calls from top Democrats in Congress to end a policy they cast as an excuse to wriggle out of obligations under U.S. law and international treaty to protect anyone fleeing persecution. Biden’s deportation moratorium also doesn’t address it.

Last September, the Biden administration launched the largest Title 42 expulsion blitz, forcibly removing over 20,000 Haitians under the health law, despite instability and political violence on the Caribbean island.

The Biden administration has agreed with its predecessors in arguing that Title 42 supersedes U.S. asylum law, which allows migrants on U.S. soil to seek protection, regardless of their legal status.

Which Countries Have Been Most Affected by the Policy?

A study by the nonprofit Human Rights First found that Title 42 has impacted mostly migrants from El Salvador, Guatemala, Haiti, Honduras, Venezuelans, Colombia and Mexico. The same study also found the policy "discriminatorily" targeted Haitians and other Black asylum seekers, noting that the flood of Ukrainian refugees fleeing the Russian invasion have been able to enter through the Southern border while those fleeing violence in Central American and Caribbean countries are blocked.

The study also found that migrants seeking safety who were turned away faced kidnappings, rape, torture and other violent attacks in Mexico.

"It is unacceptable for us to be turning our backs on the most vulnerable people and then say that we are supporting them," says Guerline Jozef of the Haitian Bridge Alliance. In a live interview from the border in Del Rio, Texas, she called out President Joe Biden and other federal officials and asked for humanitarian aid to Haitian migrants, along with a stop to deportations.