President Donald Trump's focus on "mentally ill monsters" oversimplifies the role of mental illness in public mass shootings and downplays the ease with which Americans can get firearms, experts said.

"Mental illness and hatred pulls the trigger, not the gun," Trump said Monday, addressing weekend shootings in Texas and Ohio that killed 31 people. The president described the perpetrators as "a wicked man" and "another twisted monster." He called for swift use of the death penalty and passage of red flag laws that would make it easier to take guns away from people believed to be dangerous.

In response, mental health experts repeated what they have said after previous mass shootings: Most people with mental illness are not violent, they are far more likely to be victims of violent crime than perpetrators, and access to firearms is a big part of the problem. 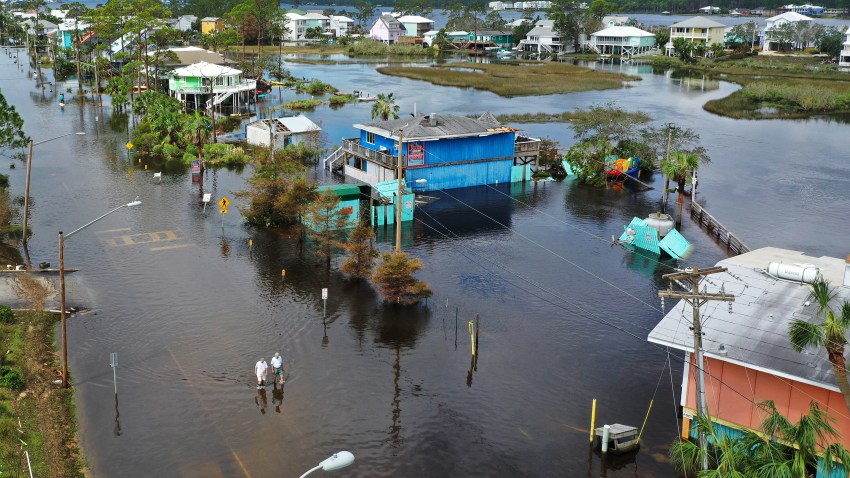 "Until we begin to have our political leaders speaking more accurately to these issues, it's up to us to put the facts out there," said Arthur Evans, chief executive officer of the American Psychological Association.

Evans agreed that red flag laws, also known as extreme risk protection orders, are a worthwhile step. Seventeen states and the District of Columbia have such laws, according to the nonprofit Giffords Law Center to Prevent Gun Violence, and some have used the laws to temporarily disarm people who have threatened violence.

But Evans and others said terms like "monsters" add to stigma that keeps people from getting treatment.

A country's rate of gun ownership is a far better predictor of public mass shootings than indicators of mental illness, said Adam Lankford, a University of Alabama criminologist who published a 2016 analysis of data from 171 countries.

"If mental illness were the driving factor, we would expect the countries with highest suicide rates to have higher rates of public mass shootings. That's not what we see," Lankford said.

Instead, Lankford found, gun ownership per person is the best predictor.

"The key of what's going on here is access to guns for people who are dangerous or disturbed," Lankford said. Red flag laws make it easier to disarm people believed to be a danger to themselves or others, "but sometimes there are not clear warning signs or those signs are not reported to the authorities until after an attack," he said.

Last month, the U.S. Secret Service released a report on mass public attacks in 2018, finding that "no single profile" can be used "to predict who will engage in targeted violence" and "mental illness, alone, is not a risk factor." But two-thirds of the attackers in the study had displayed symptoms of mental health issues such as depression, paranoia and delusions.

Left untreated, mental illness does play a significant role in mass shootings along with the widespread availability of guns, said Dr. E. Fuller Torrey, a psychiatrist at the nonprofit Stanley Medical Research Institute in Kensington, Maryland.

The closure of state mental hospitals has left thousands of people living in the community who would have been in institutions 60 years ago, Torrey said.