With Democrats solidly against the effort, Republicans will lose if just three of their 52 senators oppose it

The two levies — one on investment income and another on the payroll tax that helps finance the Medicare health insurance program for the elderly — are among the biggest that Obama's 2010 statute imposed. Some of the money would be used to increase a fund the GOP bill would disperse to states to help insurers contain consumers' premiums and deductibles, said No. 2 Senate GOP leader John Cornyn of Texas.

Preserving those taxes "seems to be where we're headed," Cornyn told reporters. He said the reworked bill will also provide $45 billion over a decade to help states combat abuse of drugs including opioids, and make it easier for states to get federal waivers to decide how to spend money under their Medicaid health programs for the poor, elderly and nursing home patients. 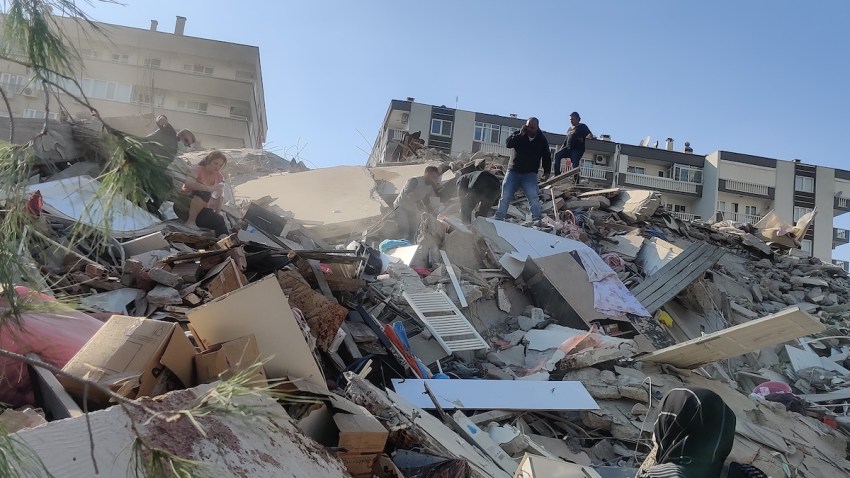 Cornyn spoke after Senate Majority Leader Mitch McConnell, R-Ky., announced he will introduce his party's altered health care bill Thursday and begin trying to muscle it through the Senate next week. The effort comes with the fate of the GOP measure in doubt, with internal divisions threatening to mortally wound their top-tier goal of repealing much of Obama's overhaul.

"Hopefully everything we're doing now helps another member get to 'yes,'" Cornyn said. "There's really no other reason to tweak this thing."

In the face of unanimous Democratic opposition, the health care bill will crash if just three of the 52 GOP senators oppose it. McConnell suddenly canceled a doomed vote last month on an initial version of the legislation, and at least a dozen Republicans have said they oppose the initial package or distanced themselves from it.

Since his June retreat, McConnell has been reshaping the measure in hopes of winning GOP votes. Even so, no GOP leaders were yet predicting passage.

McConnell also said he will delay the chamber's August recess for two weeks, a rare move he said would give lawmakers time to break logjams on health care, defense and executive branch nominations. Growing numbers of Republicans, chagrined at Congress' failure to send any major bills to President Donald Trump, had called on McConnell to make that move.

The GOP bill would ease coverage requirements Obama's 2010 statute placed on insurers, like paying for maternity services; erase his tax penalties on people who don't buy policies and cut Medicaid. The measure will also eliminate most of Obama's tax increases, including boosts on insurers, pharmaceutical manufacturers and medical device makers.

Obama's law has added around 20 million to the ranks of the country's people with health insurance. An analysis of McConnell's initial bill by the nonpartisan Congressional Budget Office projected it would increase the number of people without coverage by 22 million by 2026.

The updated legislation is also expected to ease some of its earlier Medicaid cuts, a move aimed at assuaging GOP senators from states that expanded the program by millions of people under Obama's law.

According to Cornyn, the refashioned GOP measure will probably keep Obama's 3.8 percent tax boost on investment income for couples earning over $250,000 annually. It would also retain a payroll tax increase of 0.9 percent on the same earners that helps finance Medicare.

Together, retaining the two levies would produce $231 billion over the next 10 years, according to Congress' nonpartisan Joint Committee on Taxation.

Republicans generally oppose tax boosts, and it was unclear whether preserving those tax increases would threaten support by any conservatives for the health bill. But Cornyn said some of the money — perhaps around $50 billion — would be used to buttress around $100 billion already in the measure for states to help insurers hold down insurance costs, and he said the move might help defend against Democratic attacks that the GOP package will help the rich and hurt the poor.

"We're trying to take at least one sharp stick off the table," Cornyn said. "I don't think it will change the narrative."

A study released Tuesday by two bipartisan groups estimated that the country's poorest families would lose more than $2,500 in average annual health care benefits once the GOP legislation was fully phased in. Families making more than $1 million a year would get tax cuts averaging about $50,000, according to the analysis by the Health Policy Center and the Tax Policy Center.

Still at issue is a plan by conservatives led by Sen. Ted Cruz, R-Texas, to let insurers sell low-price policies with bare-bones coverage — if the company also sells a policy covering a list of services like maternity care that Obama's law mandates.

It's received pushback from GOP moderates warning it would inflate premiums for sicker people buying generous plans because younger, healthier customers would flock to skimpier policies. To ease the price boosts people with serious illnesses might face, some Republicans said changes were being discussed that would link the premiums insurers would charge for both types of coverage.