Stymied in their calls for a renewed investigation into the killing of Emmett Till, relatives and activists are advocating another possible path toward accountability in Mississippi: They want authorities to launch a kidnapping prosecution against the woman who set off the lynching by accusing the Black Chicago teen of improper advances in 1955.

Carolyn Bryant Donham was named nearly 67 years ago in a warrant that accused her in Till's abduction, even before his mangled body was found in a river, FBI records show, yet she was never arrested or brought to trial in a case that shocked the world for its brutality.

Authorities at the time said the woman had two young children and they did not want to bother her. Donham's then-husband and another man were acquitted of murder.

Make no mistake: Relatives of Till still prefer a murder prosecution. But there is no evidence the kidnapping warrant was ever dismissed, so it could be used to arrest Donham and finally get her before a criminal court, said Jaribu Hill, an attorney working with the Till family. 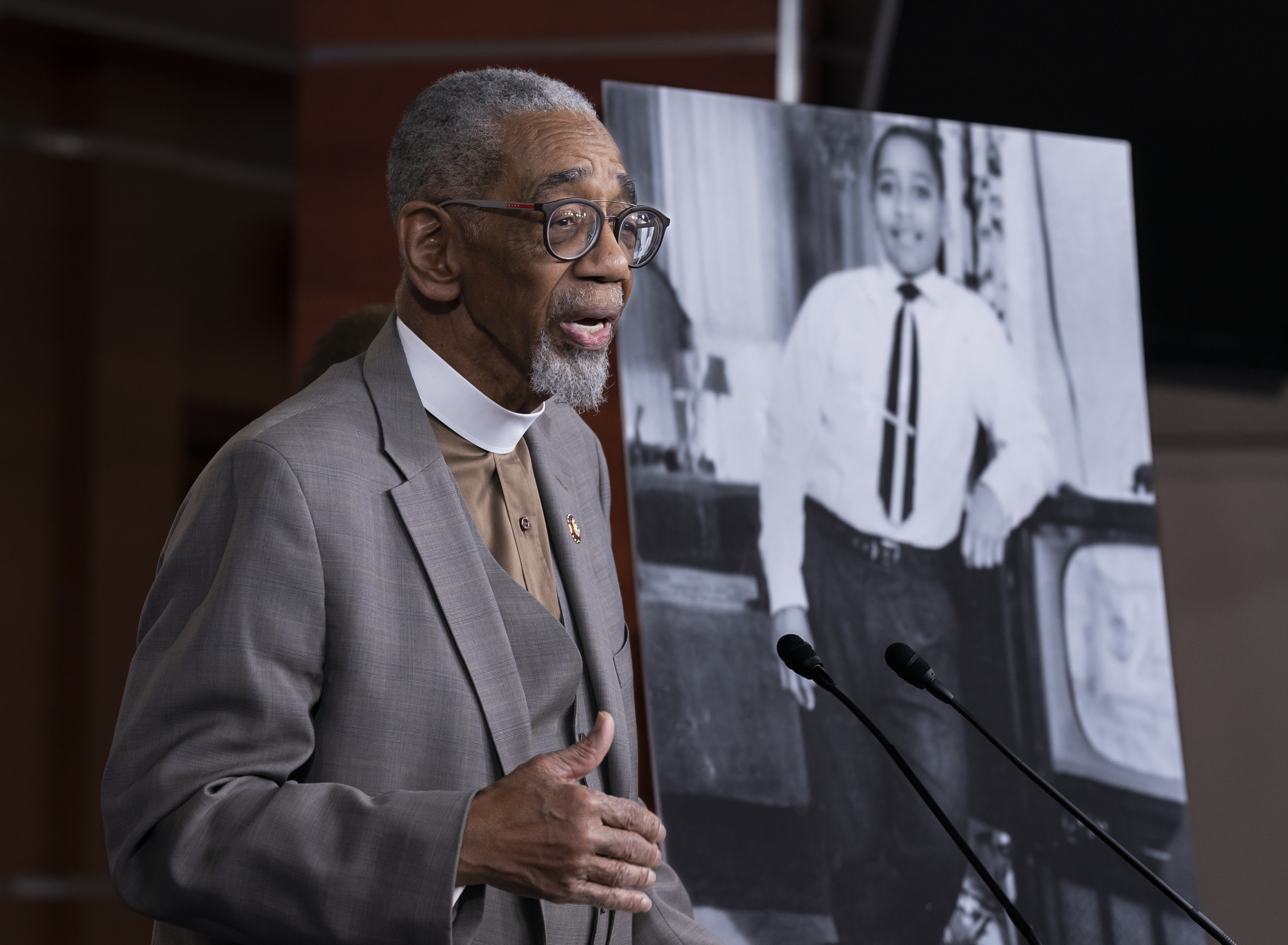 “This warrant is a stepping stone toward that,” she said. “Because warrants do not expire, we want to see that warrant served on her.”

There are plenty of roadblocks. Witnesses have died in the decades since Till was lynched, and it's unclear what happened to evidence collected by investigators. Even the location of the original warrant is a mystery. It could be in boxes of old courthouse records in Leflore County, Mississippi, where the abduction occurred.

A relative of Till said it's long past time for someone to arrest Donham in Till's kidnapping, if not for the slaying itself.

“Mississippi is not the Mississippi of 1955, but it seems to still carry some of that era of protecting the white woman,” said Deborah Watts, a distant cousin of Till who runs the Emmett Till Legacy Foundation.

Now in her late 80s and most recently living in Raleigh, North Carolina, Donham has not commented publicly on calls for her prosecution. She did not seem to know she had been named in an arrest warrant in Till's abduction until decades later, said Dale Killinger, a retired FBI agent who questioned her more than 15 years ago.

“I think she didn’t recall it," he said. "She acted surprised.”

The Justice Department closed its most recent investigation of the killing in December, when the agency said Donham had denied an author's claim that she had recanted her claims about Till doing something improper to her in the store where she worked in the town of Money. The writer could not produce any recordings or transcripts to back up the allegation, authorities said.

Till relatives met in March with officials including District Attorney Dewayne Richardson, the lead prosecutor in Leflore County, but left unsatisfied, Watts said. “There doesn’t seem to be the determination or courage to do what needs to be done,” she said.

Richardson has been in office for about 15 years and was the first Black person to serve as president of the Mississippi Prosecutors Association. He did not return phone messages or emails seeking comment about a potential kidnapping case.

Keith Beauchamp, a filmmaker whose documentary “The Untold Story of Emmett Louis Till” preceded a renewed Justice Department probe that ended without charges in 2007, said there's enough evidence to prosecute Donham.

Stories about the events that led to Till's killing have varied through the years, but the woman known at the time as Carolyn Bryant was always at the center of it, said author Devery Anderson, who obtained original FBI files on the case while researching his 2015 book “Emmett Till: The Murder That Shocked the World and Propelled the Civil Rights Movement.”

Till was a 14-year-old from Chicago visiting relatives in Mississippi when he entered the store on Aug. 24, 1955; Donham, then 21, was working inside. A Till relative who was there at the time, Wheeler Parker, told The Associated Press that Till whistled at the woman. Donham testified that Till grabbed her.

Wright testified in 1955 that a person with a voice “lighter” than a man's identified Till from inside a pickup truck and the abductors took him away. Other evidence in FBI files indicates that earlier that night, Donham told her husband that at least two other Black men were not the right person.

Authorities already had obtained warrants charging the two men and Donham with kidnapping before Till's body was found in the Tallahatchie River, FBI files show, but police never arrested Donham.

Roy Bryant and Milam were quickly indicted on murder charges and they were acquitted by an all-white jury in Tallahatchie County about two weeks later.

Grand jurors in neighboring Leflore County refused to indict the men on kidnapping charges afterward, effectively ending the threat of prosecution for Roy Bryant and Milam. Both men have been dead for decades, leaving Donham as the lone survivor who was directly involved.

Killinger, the retired federal agent, said he saw neither the original warrant during his investigation nor any indication that it was ever canceled by a court, and it's unclear whether it could be used today to arrest or try Donham. Even if authorities located the original paperwork with sworn statements detailing evidence, he said, courts need witnesses to testify.

"And it’s my understanding that all those people are dead,” Killinger said.

The brutal murder of Emmett Till, a Black teenager from Chicago, and the acquittal of the two white men who killed him, was a catalyst for the Civil Rights Movement. But almost as fast as Emmett’s name became known around the world, it began to fade. How did it happen? How could people forget the torture of a 14-year-old boy? Investigative journalist Marion Brooks details the events surrounding the case to unveil the context behind the lost story of Emmett Till.

Reeves is a member of AP's Race and Ethnicity team.