President Joe Biden on Monday said the United States is levying new sanctions against Belarus, marking the one-year anniversary of Alexander Lukashenko's election as president in an election that the U.S. and international community have said was fraught with irregularities.

In announcing the sanctions, the White House also noted the forced landing of a European airliner traveling through Belarus' airspace in order to arrest a prominent opposition journalist aboard.

Among those, the Treasury Department cites in the new sanctions are Belaruskali OAO, which is one of Belarus’s largest state-owned enterprises and a source of wealth for the regime; the Belarusian National Olympic Committee; and 15 private companies, including the prominent Belarusian bank Absolutbank, that have ties to the Lukashenko regime. 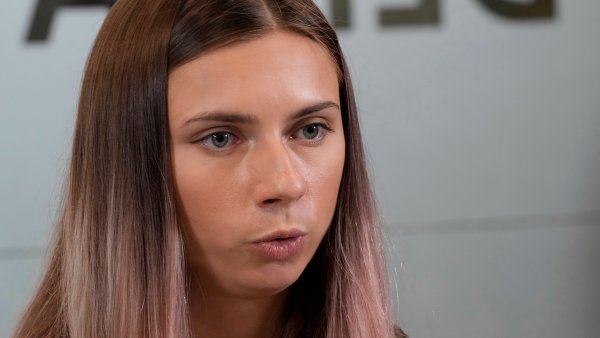 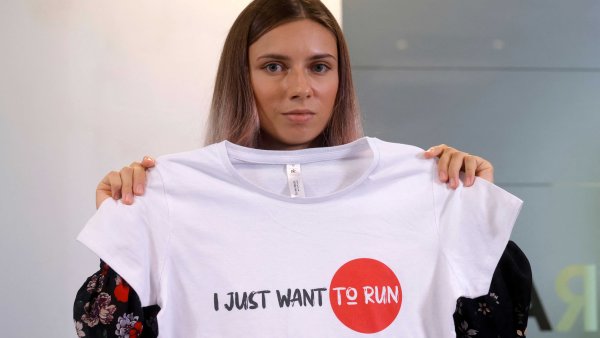 The Belarus Olympic committee has been accused of facilitating money laundering, sanctions evasion and the circumvention of visa bans. The International Olympic Committee has also reprimanded it for its failure to protect Belarusian athletes from political discrimination and repression.

“It is the responsibility of all those who care about human rights, free and fair elections and freedom of expression to stand against this oppression,” Biden said in a statement. “The United States will continue to stand up for human rights and free expression, while holding the Lukashenka regime accountable, in concert with our allies and partners.”

NBC producer Matthew Bodner says stopping a flight to arrest someone for their speech could have a chilling effect. Authorities in Belarus, a European country bordering Russia and Ukraine, grounded a flight and removed 2 passengers: dissident journalist Roman Protasevich and his girlfriend Sofia Sapega. Protasevich was known for criticizing Belarusian leader Alexander Lukashenko, who took power after a contested election.

Asked about the sanctions during his annual press conference on Monday, Lukashenko replied, “you in Britain can choke on these sanctions.”

Lukashenko was awarded a sixth term leading the Eastern European nation last year in a vote that the opposition and many in the West view as fraudulent.

Widespread belief that the vote was stolen triggered mass protests in Belarus that led to increased repressions by Lukashenko’s regime on protesters, dissidents and independent media. More than 35,000 people were arrested and thousands were beaten and jailed.

Lukashenko has earned the nickname of “Europe’s last dictator” in the West for his relentless repression of dissent since taking the helm in Belarus in 1994.

Last week, Krystsina Tsimanouskaya,an Olympic sprinter who feared reprisals at home for criticizing her coaches, fled from the Tokyo Olympics to Poland.

The Biden administration has called on the Lukashenko regime to allow an independent international investigation into the Ryanair flight diversion; release all political prisoners; and begin talks with democratic opposition and civil society figures that results in a free and fair presidential election under observation by Organization for Security and Co-operation in Europe.

Belarus sprinter Krystsina Tsimanouskaya will reportedly seek asylum in Poland after her coaches tried to force her onto a plane back to her home country Sunday. The sprinter, who had been set to compete in the 200m on Monday, said the Belarusian staff was trying to punish her for speaking publicly against her coaches on Instagram and feared for her safety.
Copyright AP - Associated Press