What Happened to Jake Cefolia? How the United Exec's Disappearance Unfolded

Warning: Some details in this story are graphic and may be disturbing for some readers.

The mystery behind Jake Cefolia's disappearance reached a tragic point over the weekend as officials identified remains found in a suburban Chicago forest preserve as the missing United executive.

But what exactly happened to him?

Here's a look back at what we know about the case.

When Was Jake Cefolia Last Seen?

In the years before Jake Cefolia, 49, was reported missing on Aug. 8, 2020, he seemed to live the jet-setting lifestyle of a newly divorced, telegenic top executive at United Airlines.

As a senior vice president of worldwide sales, Cefolia traveled the globe from Hong Kong to Singapore to London and Tel Aviv.

Police and court reports obtained by NBC 5 Investigates showed him signing up for OkCupid, meeting one girlfriend on Bumble in Chicago, dating another woman in San Francisco. Staying at the Ritz Carlton Marina Del Rey in California and dining at Hula Grill in Honolulu with a tab of $528.

But the last purchase Cefolia ever made on his Chase credit card was $59.50 for gas at a Shell station on Butterfield Road near his Elmhurst home in Illinois.

His car was later captured by a traffic camera at 9:23 a.m. going westbound on Butterfield Road at Commonwealth. An elderly neighbor told police he was 60 to 70 percent sure he saw Cefolia’s Range Rover leave just before noon, according to Elmhurst Police reports.

That was the last sighting of Jake Cefolia.

A high-powered Chicago airline executive is acting strangely in the days before his Range Rover is found abandoned near the trails where he trained for marathons. Did he run toward a new life or away from trouble in his old one? Follow the twists and turns in the strange case of Jake Cefolia.

On Aug. 6, the day before Cefolia vanished, NBC 5 Investigates learned that Elmhurst police showed up at his house with a search warrant, according to police reports. Detectives' notes show they were there to "search and collect/package evidence." Elmhurst police declined to comment on the investigation, and Cefolia has never been charged with a crime.

"It’s unlikely that it’s coincidental that he disappears, the day after the search," said retired Chicago homicide detective Richard Schak, who now teaches criminal justice at a local university. "Whatever they were looking for, or whatever they found might have triggered something for him to take off."

Cefolia’s Range Rover Sport was later seen parked in the early morning hours of Aug. 8 outside the Waterfall Glen Forest Preserve in Lemont. An avid runner, Cefolia used to run and hike the trails at the forest. The car’s license plate was run by a DuPage County Sheriff twice, once at 1:13 a.m. and again at 4:07 a.m. but because Cefolia had not yet been reported missing, nothing came up.

Later that afternoon, Cefolia’s ex-wife Kristine called 911 to report him missing, telling operators that she had not heard from Jake since Aug. 6. "I’ve left him with multiple text messages, emails, nothing," she told 911 dispatchers. "Something is absolutely not right."

Cefolia's former wife who called 911 to report him missing told police their son went to his house for dinner and told her his father seemed extremely drunk, according to police reports. That was just hours after police searched the home on Aug. 6.

A United Airlines pilot friend told police that Cefolia had been under immense stress during the coronavirus pandemic, "taking a 50 percent pay cut while still paying the same amount as agreed to in their divorce settlement."

The friend told police Cefolia was "worried because he was in charge of laying off a large number of United employees due to the economic downturn."

A girlfriend of Cefolia’s described their relationship as on-and-off again, in police reports. She told police that he was getting therapy and whatever happened was not planned.

The Search for Cefolia Begins, and Ends

Once the missing person’s report was filed, DuPage County Forest Preserve Officers identified Cefolia’s car. Police reports say that a COVID face mask was hanging from the steering wheel, a grey pullover was left in the back seat and a golf bag with a set of clubs and $120 in cash were found in the trunk. 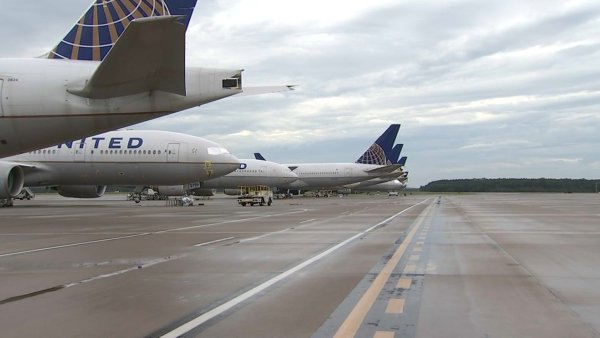 A search team with bloodhounds was put together using Cefolia’s pullover and a pair of glasses as scent for the dogs to search the woods. The bloodhounds tracked the scent south-east from where the SUV was parked but lost the scent 20 yards in and stopped, according to police reports.

More than a thousand man hours of searching at the Waterfall Glen Forest Preserves and surrounding areas have been done by multiple Illinois police agencies, by foot and air without success. Hundreds of volunteers have searched as well. Search and rescue teams with bloodhounds and cadaver dogs have not led to any discoveries.

"Without anything surfacing in 12 months about Jake, I think the likelihood that he’s alive is very remote. Just because something would have surfaced," said Schak. "If you lived that kind of lifestyle, there would be a money trail of some sort."

Police reports indicate that "Cefolia’s passport, credit cards and financial accounts have not been used or accessed" and there have been "no significant withdrawals before his disappearance" nor has there been "contact with family or friends ever since."

"Most insurance policies have disclaimers for suicide and that lasts a year or two. It doesn’t negate the insurance, it just means you can’t go buy a policy on Monday and take care of yourself and collect a bunch of money," Schak said. "But you have to be declared legally dead to collect insurance and that could take seven years."

One year later, whatever trouble Cefolia was in remains a secret, and the man whose been just about everywhere was nowhere to be found.

It wasn't until Friday that a break in the case was first discovered.

DuPage County Forest Preserve Police said they were notified late Friday morning by a contractor at Waterfall Glen Forest Preserve that potential human remains had been discovered in the 700-acre site.

The contractors were removing invasive species in the area when they came across "human remains hanging from a low hanging tree," said Chief David Pederson with the Forest Preserve District Police.

The remains were found in an area that had been searched multiple times, but one that has "a dense tree canopy, very thick briars and dense vegetation, and was not near where police found Cefolia’s vehicle parked," Pederson said.

On Sunday, the remains were identified as Cefolia.

"We were sad to hear the news about our former colleague Jake and our thoughts are with his family and friends during this difficult time," United Airlines said in a statement. "And we remain grateful for the support and prayers that so many of our employees - including Jake’s co-workers - have shared with one another and on his behalf over the past year."

While one crucial piece of the puzzle was found Friday, questions over what exactly happened to Cefolia remain unanswered.

The coroner has not yet determined a cause and manner of death, according to a release, and the case remains under investigation.

Police noted that Cefolia was found "hanging by a belt from an uprooted tree." His wallet, driver's license and a backpack with personal items were at the scene, according to Pederson.

Cefolia left behind teenage twins, a boy and a girl.