A 72-year-old woman was the sole fatality of a fiery crash Wednesday in Clarendon Hills between a Metra BNSF train and a semi-truck that was stuck on the tracks, a lawyer for family members confirmed on Thursday.

Christina Lopez, 72, of Downers Grove, was a passenger aboard the Metra BNSF Train 1242 Wednesday when the train struck a moving semi-truck on the tracks in Clarendon Hills. The collision, around 8 a.m. sent the truck, which caught fire due to the impacts, soaring through the air and into an adjacent parking lot.

The victim's identification has been confirmed by the coroner.

"Chris was a tremendous mother, an incredible mother-in-law-in to myself and others. She was a loving grandmother to five grandchildren," Lopez' son-in-law Jeff Klonowski said during a press conference Thursday.

"Last weekend being Mother's Day, we're very fortunate to have most of the extended family here and we got to celebrate Mother's Day with Chris included. Little did we know the blessing of that time that we had with her and we're very thankful for it. But we do know that you will be terribly missed," Klonowski continued.

Klonowski said Lopez took the train on multiple occasions to visit one of her sisters in LaGrange, and that's where she was headed at the time of the accident.

"She was the glue to the family," Klonowski said. "The family will miss her."

The family's attorney Steven Jambois said that the crossing where the incident occurred was an "accident waiting to happen," and that people were often in harms way at that intersection due to traffic backup because of construction.

"This was something that was bound to happen and was very preventable."

Jambois said numerous residents have made complaints to the city regarding safety and maintenance at that crossing, but that they were not addressed.

"We're gonna wait and let the NTSB do their thing," he said.

Four other people on the train were injured in the crash: two passengers, a BNSF conductor and a train engineer, who all had minor injuries, Metra said.

It's the second crash in the transit agency’s history to kill a train passenger.

What Occurred at the Time of the Collision

BNSF Metra Train 1242 struck a moving semitrailer around 8 a.m. at Prospect Avenue when the truck driver became stuck, on the tracks while the gates were down, behind another vehicle, Metra spokeswoman Meg Reile said Wednesday morning.

Four people on the train were injured in the crash: two passengers, a BNSF conductor and a train engineer, who all had minor injuries, Metra said. 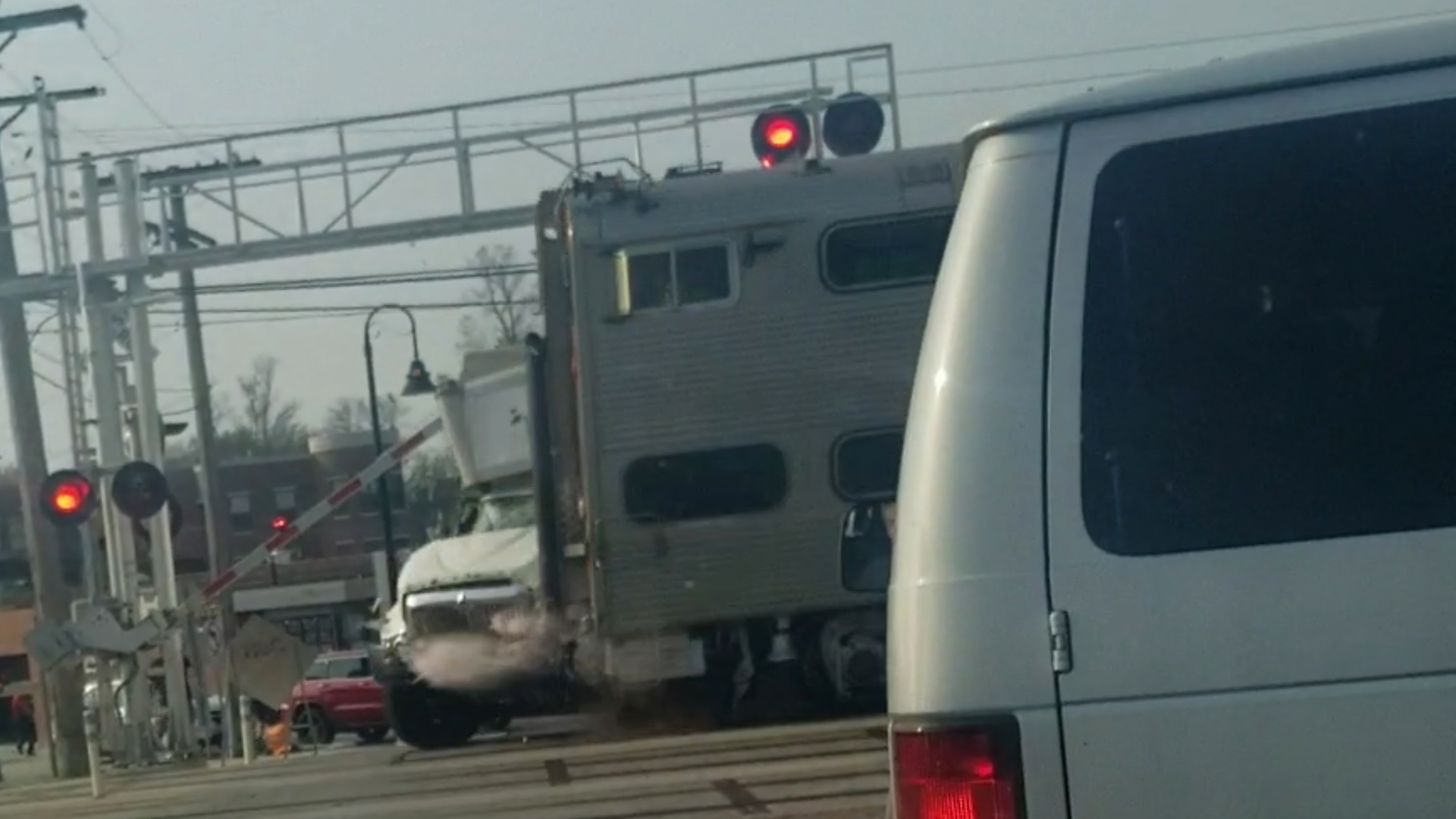 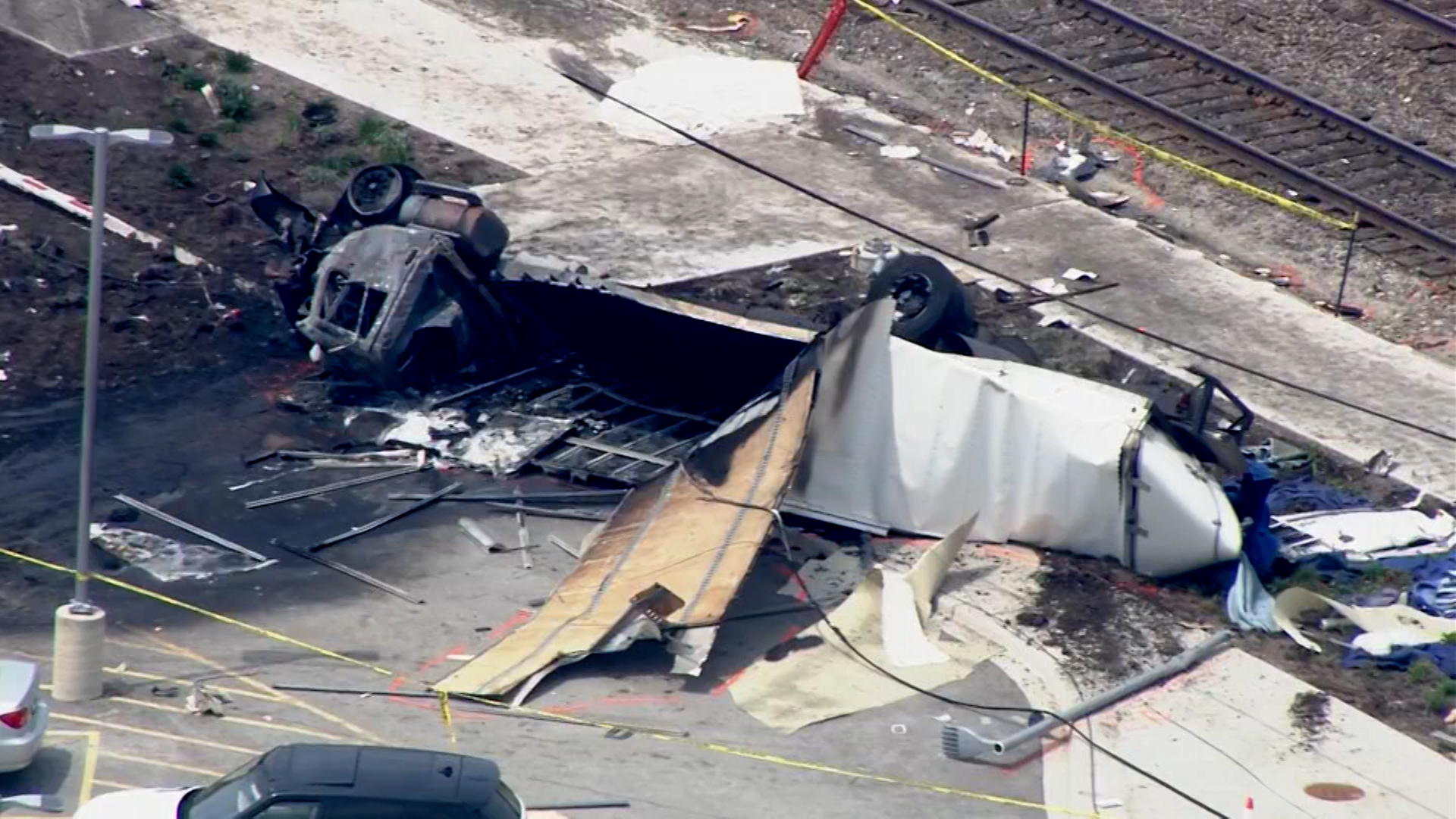 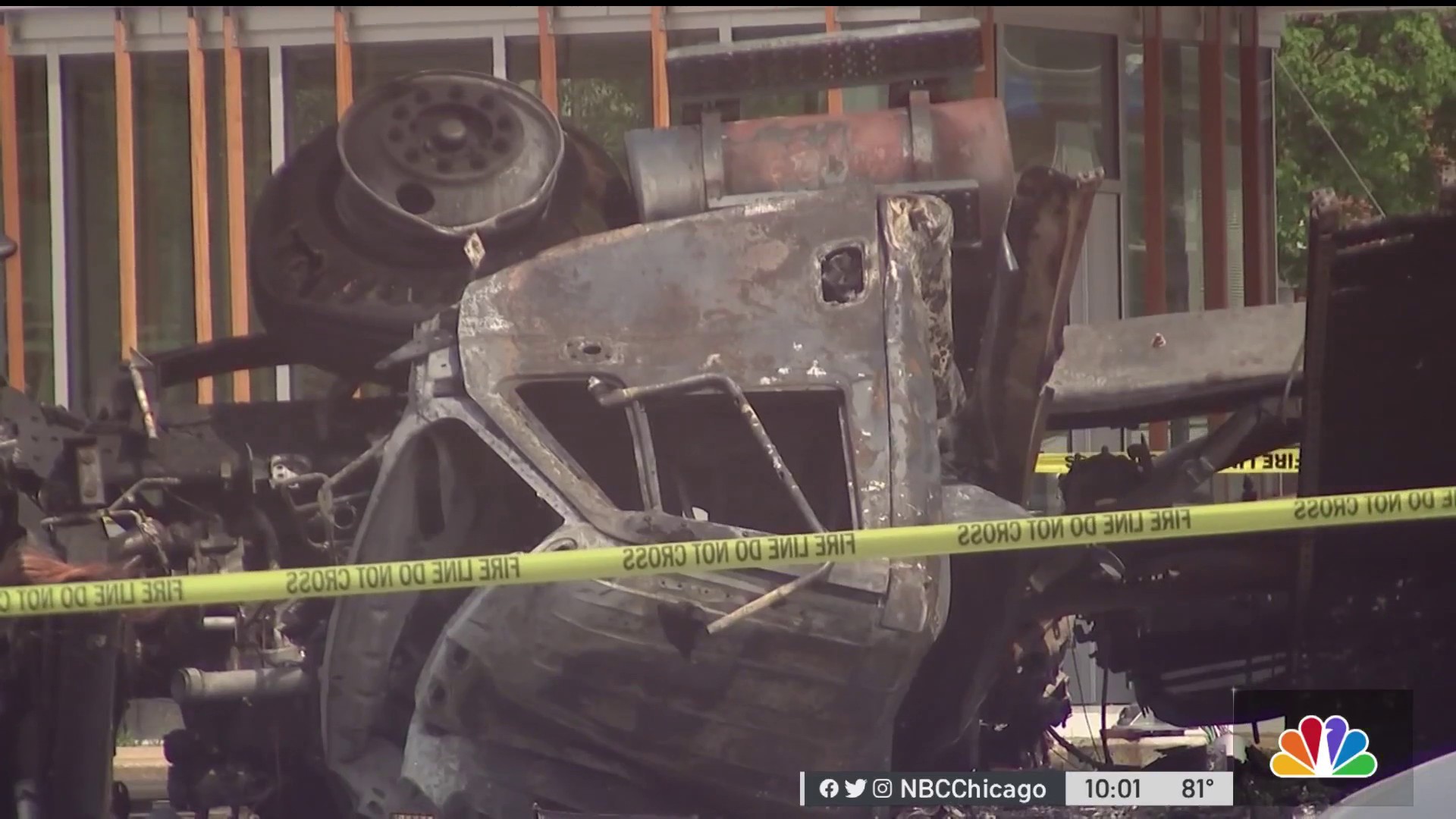 Witnesses in Shock After 1 Killed, 4 Injured When Metra BNSF Train Collides With Semi on Tracks

One train passenger, a woman, was killed, according to authorities. The DuPage County coroner’s office has not released her name.

"It was like watching a movie set. It looked fake," one witness said. "Thank God the train didn’t derail and didn’t come barreling into all the cars that were sitting there."

The truck driver was uninjured.

BNSF trains Thursday will operate on a modified Saturday schedule, Metra said in a tweet. Local trains will be making all scheduled stops, with the exception of Clarendon Hills. Express trains will operate as scheduled.

Delays are expected near the accident site. With the Clarendon Hills station closed, passengers are recommended to use either the West Hinsdale or Westmont stations.

According to Metra, the BNSF line is their busiest line.