‘The Neighbor Did It': One-Digit Error Leads to $1,500 Overcharge For Retired Couple

Vicki and Jim Pelton’s Ottawa home has been in their family for five decades, but it wasn’t until recently the retired couple noticed something strange on their gas bill.

The Pelton’s told NBC 5 Responds that their normal bill had skyrocketed up to five times what it should have been, as a result of being switched from Nicor to alternative gas supplier Spark Energy. The trouble is, the Pelton’s didn’t make the switch. Their neighbor did.

"We don't know if there's fault or whose fault it is,” Jim Pelton said. “But by gosh, you know, here we are and we can't seem to get out of it." 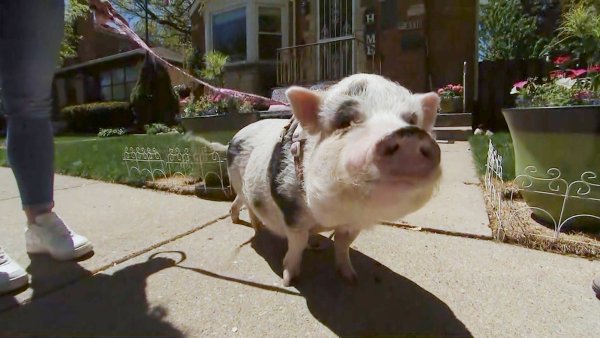 Family Fights to Keep Pet Pig in Their Suburban Home

Vicki Pelton said she was examining her bill when she noticed something she didn’t see in the online version: their supplier had switched from Nicor to Spark Energy, a company the couple had never heard of.

When repeated calls to Nicor to clear up the confusion got them nowhere, the Pelton’s reached out to watchdog group Citizens Utility Board for help.

CUB took one look at the Pelton’s case and discovered the bill was in Pelton’s name, but the address was one number off. Their neighbor has said yes to Spark, but the Pelton’s got switched instead. By the time they noticed, the locked-in prices had expired.

Spark Energy admitted the error and offered to pay the Pelton’s back, but only for one month’s difference.

"We didn't think that was good enough,” Chilsen said.

That’s when CUB asked NBC 5 Responds to take a look.

According to documents, there were some months where the Pelton’s were billed five times Nicor’s regulated rate. When asked why the Pelton’s weren’t reimbursed back to day one of the 17-month mistake, Spark agreed to do just that, giving the couple $1,500, instead of the $300 first offered.

Spark energy apologized for this mistake, and overnighted a check for the full re-rated amount.

With natural gas prices at a 15-year low, CUB says this is the perfect reminder to illustrate the importance of scrutinizing bills every month, especially for customers who pay online and might not notice changes like the name of the supplier.