NOTE: The press conference will be streamed live at 9:30 a.m. in the player above

Chicago Police Supt. David Brown is set to speak Monday on weekend violence that left more than 60 people shot in the city.

Brown is set to speak at 9:30 a.m. at the Public Safety Headquarters.

Chicago police said 13 people were killed and at least 50 others were wounded in shootings across the city over the weekend.

The latest weekend violence comes as Chicago continues to grapple with an increase in shootings, many of which have left young children wounded or dead.

Over the Fourth of July weekend, at least 17 people died and at least 72 others wounded in shootings across the city. At least 12 of the victims were minors and two of them died from their injuries, according to police.

CPD Chief Fred Waller discusses fighting Chicago’s violence and what he believes is fueling the rising crime in the city.

"We cannot allow this to be normalized in this city," Brown said. "We cannot get used to hearing about children being gunned down in Chicago every weekend."

Brown has previously blamed the open air drug market, lack of jail time for violent offenders and the home release of some accused gunmen.

"We must keep violent offenders in jail longer," Brown said exactly one week ago. "We should revamp the electronic monitoring program. It's clearly not working."

He explained the way to lower violence in Chicago moving forward will require a complex, sustained approach utilizing street outreach, violence interruption and community investment from a larger ecosystem.

"The best way to reduce crime is to prevent it from happening in the first place," Brown said.

Chicago Mayor Lori Lightfoot has also pointed to unprecedented circumstances facing police and the city, with the coronavirus pandemic and large protests over the death of George Floyd.

Chicago had already seen an increase in homicides and shootings in the first part of the year. But while the violence tapered off in some cities under stay-at-home orders, shootings in Chicago remained steady, likely because of gang warfare, said Wesley Skogan, who studies crime at the Institute for Policy Research at Northwestern University.

Gangs "are not particularly deterred by the risks of being out there," Skogan said. "Of all the things they are likely to be worried about, COVID is way down the list." 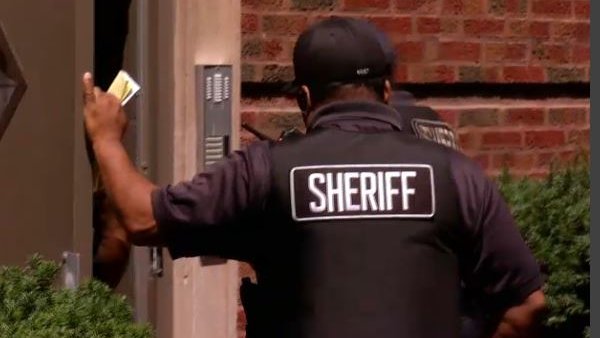 An Inside Look at Electronic Monitoring Enforcement in Cook County