Plenty of teams have a chance to hoist the Cup, but who will take the first step in Round 1?

After several days of pundits and fans getting themselves psyched up, the race for the Stanley Cup began in earnest on Wednesday night as the NHL playoffs started.

Three different series begin on the postseason’s opening night, with the Montreal Canadiens and Tampa Bay Lightning opening things up in the East. The Columbus Blue Jackets and Pittsburgh Penguins will also begin their series, as will the Dallas Stars and Anaheim Ducks.

With those series set to kick off, and the four more series that begin on Thursday night (including the St. Louis Blues and Chicago Blackhawks), it seems like it’d be an appropriate time for us to make our full postseason picks, which will either be a brilliant display of prognostication or a wretched failure.

At Least 2 Killed in Multi-Vehicle Accident on I-80 in Joliet, Illinois State Police Say 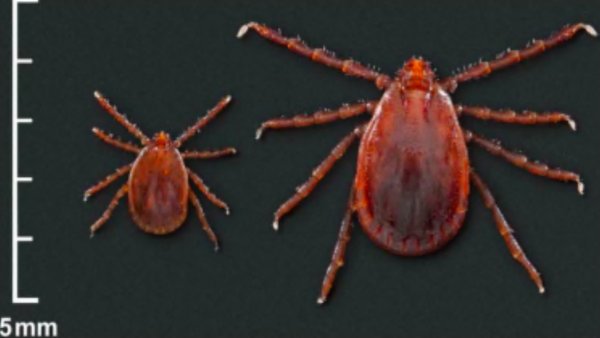 Will Illinois See a Surge in Ticks This Summer? Here's What Experts Say

At any rate, we’ll all find out together when the puck drops Wednesday. Here they are:

The 2-vs-3 matchup in the Atlantic Division is one of the most intriguing in the playoffs, with the upstart Lightning playing against a Canadiens team that many experts have questioned because of their lack of size all season long. We’re going to go with the Canadiens narrowly in this one, but it’s truly a coin flip series.

As for the Boston-Detroit series, the Bruins have been one of the hottest teams in the league, and the President’s Trophy champions shouldn’t have much of a problem with the Red Wings. Guys like Patrice Bergeron, David Krecji, and Zdeno Chara are eager to prove that they are the top dog in the league, and they should come out with a fire in their belly to start the postseason.

Both of the playoff matchups in the Metropolitan Division have the potential to be excellent. The Blue Jackets are coming into the playoffs eager to prove that they aren’t a fluke, and the Penguins have a track record for not playing well on the defensive side of things once the bell rings. That being said, the Penguins have a lot to prove, and it’s hard to imagine that even the most motivated Blue Jacket team could knock them off.

As for the other series, the Flyers have a lot going for them despite not having home ice advantage in the series. Claude Giroux has been playing stellar hockey as of late, and with a strong supporting cast, they should be able to tame the Blue Shirts in the first round.

One of the matchups that a lot of experts and fans have been picking as an upset has been the Colorado-Minnesota series, with the Wild getting a lot of love as they try to knock off the Central Division champions. We don’t really share that optimism, as Colorado’s athleticism and red-hot play as of late should carry the day…..but only by just enough.

In the other series, the Blues are looking like they’ll finally get healthy against the Hawks, but we’re still going to pick the defending champions in this series. The Hawks seem like they’ve finally figured out the way to beat the Blues, using their speed and puck possession while avoiding getting into a battle of physicality, and getting Patrick Kane and Jonathan Toews back should give Chicago a significant boost.

The Ducks are another team that plenty of people don’t think is for real, but against a team like the Stars, they should really shine. The motivation of trying to get Teemu Selanne one more Stanley Cup, and the fact they have two of the most dynamic scorers in the league in Corey Perry and Ryan Getzlaf, should be enough to overcome Tyler Seguin and the upstart Stars.

In the other series, the Sharks have plenty to prove as they take on the 2012 Cup champions. They are a perennial underachiever in the postseason, but with incredible depth up the middle of the ice with guys like Logan Couture, Joe Thornton, and Joe Pavelski, the Sharks could be one of the most dangerous teams in the postseason, and we feel that they will show that in the first round.