A close cousin of the carrotmob is the cash mob, which, no, isn't a game show: It's an organized attempt to make local businesses grow by encouraging people to head to the same business at the same time to spend their money. It's a way of supporting the community by giving one establishment a steroids-strength shot in the arm, and there have been more and more of them lately.

That's thanks to people like Randy Miles, the president of the Independent Merchants of Downtown Skokie. The first one up in Skokie was the Ace Hardware at 5035 Oakton St., and it netted $1,000 -- meaning it was successful enough to warrant trying again and again. It's now a monthly endeavor.

To find out more about cash mobs, how they work and how Skokie's doing in general, I gave Miles a call.

stay at home order 27 mins ago 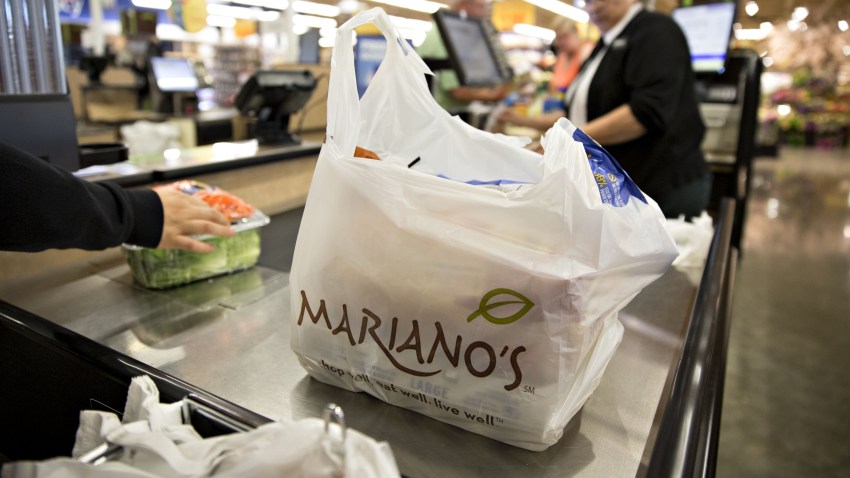 How are cash mobs organized?

Randy Miles: It's just to try to get the community out at a particular time to come in, boost the sales of that particular store, but more important raise awareness of how shopping local is important. If you can spend your dollars in the community that you live and pay taxes in, hopefully your community can thrive, your school districts can do better and all in all it will help to boost the economy one person at a time. That's our goal in the whole thing.

How can entrepreneurs get involved?

Randy Miles: In different areas. If they wanted to start their own cash mobs, that kind of thing, it's not that difficult. [Laughs.] You make a couple of signs, you get a couple of shop keepers interested in participating, which of course they're going to want to do. It really requires them not to do much except be around and be staffed for it. The worst thing would be is you have an influx of customers and you can't accommodate them and you start kicking people off. You don't want to do that.

How do you nominate a business for that? Can businesses nominate themselves?

Randy Miles: That's it. We look at the businesses that would fit into the profile, which means a business that has items that would appeal to both male and females, stores or shops that you can spend as little as a dollar or two and as much as $20 -- we encourage people to try to spend $20 apiece, that's kind of the number that was set nationally. By the way, when we did our last one, it was National Cash Mob Day -- I don't know who proclaims these things or if anyone knew that. Buy my promotion guy seems to come up with everything and put it on my calendar: National Burger Day, National Kiss Your Brother Day, or whatever.

Every day is National Kiss Your Brother Day.

Randy Miles: Yeah. [Laughs.] There's a national day almost every day of something or another. So that last Saturday that we did it was National Cash Mob Day. I don't know much more than what I'm telling you. It's kind of an undefined science, if you will. Nominating the stores, I imagine it's going to get to the point of people beating down my door wanting to be involved. We have had people send suggestions of what would be good, so we're fairly lined up for the next three or four months.

We're just trying to find shops that people might find fun to go and have a good time. We have a comic-book store for the next one, and then we have a following one that's going to be a home-improvement center.

As you continue to get momentum on all this, what goals do you have for the movement?

Randy Miles: Our goal is to really just raise awareness of people shopping local. My downtown here, like many downtowns, is going through a renaissance or trying to go through a renaissance. The economy hitting the wall in '08 kind of hindered that, but now we're feeling a bit of a resurgence. Downtowns are trying to re-invent themselves all across America, trying to get people out of the big malls and into the stores. Away from the big boxes. The big boxes, too, I mean, I'm sure you follow this stuff: Best Buy is probably changing their whole complexion of how they do business in the next two years. The big box is kinda dying and the Internet has been the vehicle for that. We want to get people away from the big boxes and out of their living rooms as well -- let them know there is a community that they have an obligation to support. We have to get back to that and look out for our neighbors. The rest will take care of itself.

What does Skokie need more of?

Randy Miles: Skokie is in a pretty good position right now, in my opinion. Of course we need more money, like everybody. Our property taxes haven't gone up in 20 years. We've been holding the line. I just looked through the budget and it's only going up a percent this year from last year. We're pretty self-sustaining. Great services in our community. I think the town is doing a good job. I just think some people take that for granted. That it just happens. And it doesn't just happen. It comes with a lot of hard work and a lot of people focusing on team-building, which is that sense of community again. In the last three years, our downtown has opened eight new restaurants. Which is totally bucking the trend of what's going on in the world. But now we need a community to support them. Getting them open was one thing; keeping them so they can sustain themselves and stay in business is a whole other thing.