Restaurants Can Open With Outdoor Seating in Phase 3 of Illinois' Reopening: Pritzker

The move is a shift from the state's original guidelines, though restaurants still cannot reopen for dine-in service until phase four

Illinois restaurants will be allowed to open for outdoor seating in phase three of the state's reopening plan, Gov. J.B. Pritzker announced Wednesday.

The move is a shift from the state's original guidelines, though restaurants still cannot reopen for dine-in service until phase four.

"After listening to and working with restaurant industry representatives together with our epidemiologists, today, I’m announcing an additional option for bars and restaurants interested in resuming operations earlier: opening for outdoor seating when phase three begins, likely for everyone just nine days from now," Pritzker said during his daily coronavirus press briefing. 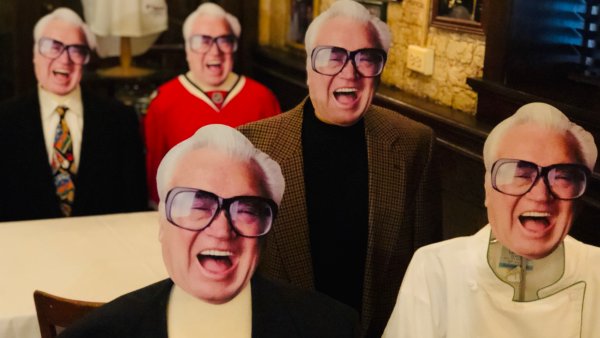 As of Wednesday, 10 days remained in the statewide stay-at-home order, but regions can begin entering phase three of reopening in as early as nine days - if they meet the required metrics.

Currently, all four of Illinois' health regions are on track to meet those metrics by the end of the month, though some counties have already started reopening under their own guidelines. In places like Chicago, however, the reopening guidelines will be decided locally, with Mayor Lori Lightfoot saying restaurants likely won't reopen until June.

Dr. Emily Landon, the chief infectious disease epidemiologist at the University of Chicago Medicine, went viral for her blunt speech to Illinois at the start of the statewide stay-at-home order in March. Now, nearly two months later, she shared another powerful message. Watch her full remarks.

All restaurants and bars in Illinois have been closed for dine-in service since March 16.

Earlier this month, the Illinois Restaurant Association called for Gov. J.B. Pritzker to speed up the timeline for opening the state's restaurants and bars, saying the delay imposed by Pritzker's plan is "excessive even by the most conservative national guidelines."

"Today's announcement provides a glimmer of light at the end of this very dark tunnel," Sam Toia, the association's president said Wednesday, noting that it won't be a viable outlet for all restaurants.

Toia urged eateries and public officials to find creative solutions under the new guidelines, such as closing down streets, parking lots and public ways to make space for additional seating.

"Let's show how innovative Illinois can be," he said.

Also under phase three, manufacturing, offices, retail, barbershops and salons will be able to reopen to the public with capacity and other limits as well as safety precautions. Gatherings must be limited to 10 people or fewer and face coverings will also be necessary.