Thousands of protesters took to the streets of downtown Chicago Saturday, and city officials pleaded with participants to keep marches peaceful after more than 100 were arrested Friday night. The protests called for reform following the death of George Floyd, a black man who died after a police officer knelt on his neck in Minneapolis earlier this week.

The mayor said she wanted to "call out" those who came to the demonstrations armed with bottles of urine to throw at police, baseball bats, hammers, bowling balls and more.

Lightfoot said the while the vast majority of protesters remained peaceful Saturday, others came "prepared for a fight."

"They came to stir up a mess and create havoc and we're not having it in our city," she said. 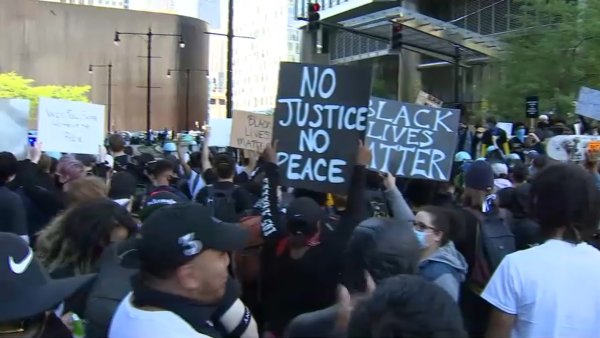