The prosecution has begun making its case Tuesday in the trial of ex-“Empire” actor Jussie Smollett, who is accused of staging a homophobic and racist attack in Chicago but whose defense attorney says is “a real victim” of a “real crime.”

Opening arguments and jury selection were completed Monday as the high-profile trial began its first day.

Smollett, a Black and openly gay actor, reported to Chicago police that he was the victim of a hate crime that garnered national attention. Nearly three years later, Smollett faces a trial on charges that he staged the whole thing.

Smollett was charged with felony disorderly conduct after law enforcement and prosecutors said he lied to police about what happened in the early morning hours of Jan. 29, 2019, in downtown Chicago. He has pleaded not guilty. 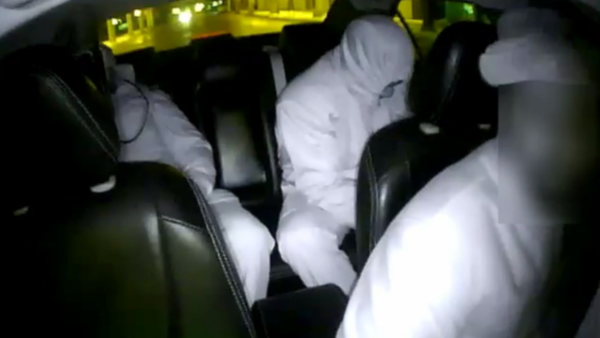 Twelve jurors plus two alternates were sworn in late Monday for a trial that Judge James Linn said he expects to take about one week. Cameras are not allowed inside the courtroom and the proceedings are not being livestreamed, unlike in other recent high-profile trials.

Jurors also are expected this week to see surveillance video from more than four dozen cameras that police reviewed before and after the reported attack.

Whether Smollett will testify remains an open question. But two siblings involved in the incident will take the witness stand.

Here's the latest from the courtroom: (This will be updated as court resumes Tuesday)

--Defense attorneys cross examine Theis, suggesting the investigation ignored some facts and some witnesses to better suit their narrative. They are also trying to discredit the Osandairo brothers who are expected to testify later this week.

--After lunch, Judge Linn reminds the attorneys of an agreement they made not to speak to the media until the trial is over and a verdict is reached. The reminder made necessary by an activist who came to the lobby to speak to reporters on Smollett”s behalf. She was accompanied by a member of his PR team. “Nobody is going to infect this trial,” Judge Linn said.

--Det. Theis testified that video, cell phone, GPS and other evidence all pointed to a conspiracy between Jussie Smollett and the Osandairo brothers to fake a hate crime in Streeterville on January 29. Defense is set to cross-examine Det. Theis next.

-- After 24 to 26 investigators spent more than 3,000 man hours looking into the case, Det. Michael Theis testified: “at the end of the investigation, we determined that the alleged hate crime was a staged event and it never happened.”

-- First witness by called prosecution in Smollett trial is Det. Michael Theis, the lead investigator on the Smollett case. When asked if there was a “rush to judgement,” Theis replied “absolutely not.”

-- Smollett's older brother Jojo speaks to the media at the Cook County Courthouse.

"I just want to express that is has been incredibly painful as his family to watch someone you love be accused of something they did not do," he said. "We're confident in his legal team and we look forward to people hearing the actual facts in this case. We love him. We're here to support him - all of us - and to lift to him up."

-- Smollett arrives in court linking arms with family members on both sides.

-- Testimony is expected to get underway Tuesday with a Chicago police officer taking the witness stand.

Jurors also are expected this week to see surveillance video from more than four dozen cameras that police reviewed before and after the reported attack.

-- Defense attorney Nenye Uche said the two brothers attacked Smollett because they didn’t like him and that a $3,500 check the actor paid the men was for training so he could prepare for an upcoming music video. Uche also suggested a third attacker was involved and told jurors there is not a “shred“ of physical and forensic evidence linking Smollett to the crime prosecutors allege.

--Webb finished his opening statements at about 6:20 p.m. He went about 1 hour and 15 minutes.

-- Special prosecutor Dan Webb told jurors during opening statements late Monday that Smollett recruited two brothers — who worked with him on the TV show — to help him carry out a fake attack in January 2019 because he believed the television studio didn’t take hate mail he had received seriously.

Smollett then reported the alleged attack to Chicago police, who classified it as a hate crime and spent 3,000 staff hours on the investigation, Webb said. The actor told police he was attacked by supporters of then-President Donald Trump — igniting political divisions around the country.

“When he reported the fake hate crime that was a real crime,” Webb said.

--Social distancing concerns have slowed down the Smollett trial. The courtroom is only approved for 57. With 21 media, 15 jurors and attorneys, the courtroom is over the limit. Some reporters were asked to stand outside.

-- A jury of 12, plus three alternates, has been selected.

Jussie Smollett arrived at the Chicago courthouse where his trial is slated to begin Monday with jury selection.