Jurors have found former "Empire" actor Jussie Smollett guilty on five of six charges that he faced in connection to allegations that he staged a racist and anti-gay attack on himself in downtown Chicago nearly three years ago.

The decision comes after jurors heard several days of testimony from several witnesses and Smollett himself, who called claims that he staged the attack “100% false.”

Smollett was convicted on five of six counts of felony disorderly conduct, but was acquitted on a sixth, according to jurors.

It took just over nine hours, spread over two days, for the jury to reach their verdict in the case.

The disorderly conduct charge is a class 4 felony that carries a prison sentence of up to three years, but experts have said that the actor would likely be placed on probation and ordered to perform community service. 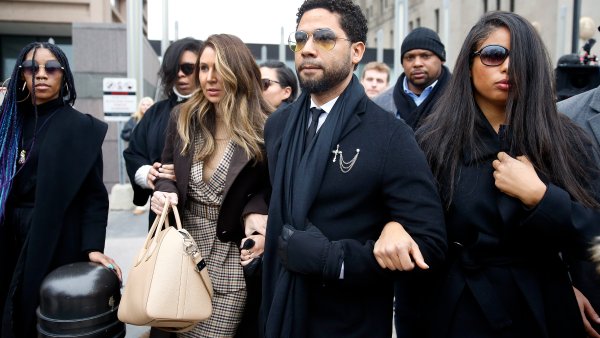 The jury in Smollett's trial was tasked with deciding whether Smollett is guilty on six counts of a low-level felony for making what prosecutors say was a false police report about the alleged attack. He faced counts of felony disorderly conduct for each time he gave a report to three different officers.

Special prosecutor Dan Webb told the jury Wednesday that the evidence against Smollett is “overwhelming,” and that what he did in January 2019 caused Chicago police to spend enormous amounts of time and resources investigating an alleged crime that turned out to be fake. Smollett, who is Black and gay, told police someone put a noose around his neck and yelled racist and homophobic slurs.

Special prosecutor Dan Webb speaks with reporters after a jury found Jussie Smollett guilty on five of six counts that he faked an attack on himself in Chicago.

“Besides being against the law, it is just plain wrong to outright denigrate something as serious as a real hate crime and then make sure it involved words and symbols that have such historical significance in our country," Webb said.

Attorney Nenye Uche vowed to appeal a jury's decision to convict Jussie Smollett on five counts of faking an attack on himself in Chicago.

He also accused Smollett of lying to jurors, saying surveillance video from before the alleged attack and that night contradicts key moments of Smollett’s testimony.

“At the end of the day, he lacks any credibility whatsoever," Webb said.

Jussie Smollett's defense attorney told jurors that the charges against the actor rely on the testimony of brothers who are “sophisticated liars” and “the worst type of criminals.”

Attorney Nenye Uche said in his closing argument that during testimony last week in the Chicago courtroom, one of the brothers “said ‘I don’t recall' so many times, it is ridiculous.”

“The entire prosecution’s case, including the foundation of the case, is built like a house of cards," Uche said.

Taking the witness stand this week, Smollett repeatedly denied the attack was a fake, telling a prosecutor “there was no hoax on my part” and that two brothers who testified against him are “liars.”