Rail money at odds with CTA?

With $8 billion for high-speed rail projects tucked into the recently-passed stimulus bill by the Obama White, the Tribune's Blair Kamin suggests this morning that a high-speed hub just to the east of Union Station is "perhaps . . . an idea whose time has finally come."

And indeed, the CTA Tattler says the stimulus bill is "great news for high-speed rail."

But the Tattler also says the bill is "not as great for mass transit funding" - and that means the CTA.

"Board Chairman Carole Brown told Congress last month the CTA had $500 million in 'shovel ready' projects to be funded," the Tattler reports. "But it looks like it will get just more than half of that amount." 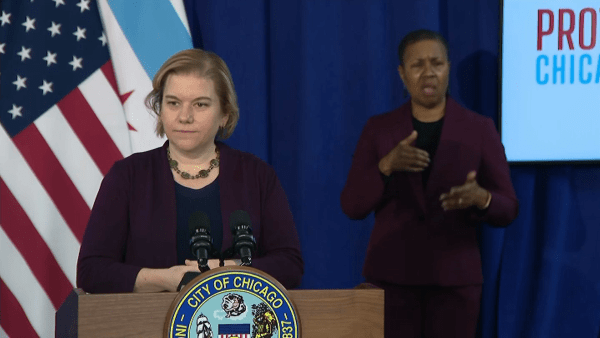 covid vaccines for kids 10 mins ago

The story is much the same around the country.

"The state budget approved last week slashed aid for running buses and trains by $536 million, in effect abolishing for as long as five years the State Transit Assistance account, which provides cash to build and run transit operations across California. While $1 billion in stimulus funds could be headed to the region for transit and highways, the state losses far exceed the federal infusion of cash for transit districts," the San Jose Mercury News reports.

And as beneficial as high-speed rail would likely be, the money in the stimulus bill isn't enough to even fund a single project; it's meant as something of a down payment on national infrastructure spending, something Obama has tasked to former Illinois congressman Ray LaHood, now the U.S. Transportation Secretary.

That means more money that might have gone into funding the likes of the CTA could be directed to high-speed rail in the future.

(Sorry, USA Today, but high-speed rail isn't really an "urban" concern; it would connect cities, but also airports and tourist destinations, while not tending to needs within cities.)

Matt Yglesias at Think Progress is a high-speed rail fan, but skeptical of its inclusion in the stimulus bill.

"Where are the studies of what we can do to speed up completion of currently envisioned [transit] programs?"  he asks.

The CTA wonders too; for years plans have floated around the Chicago transportation community - the experts and activists - for line extensions, for example.

High-speed rail is long overdue, but recent headlines such as "New Deficit Figure Startles CTA Board," "Mass Transit 'Doomsday' Looms Yet Again," and "No Transit Overhaul In City's Olympic Bid" suggest that $8 million in stimulus funds might be better spent on immediate, targeted needs while a long-term infrastructure plan is created separately.

Steve Rhodes is the proprietor of The Beachwood Reporter, which, as an editorial stance, loves trains of all kinds. You can subscribe to his NBCChicago.com RSS feed here.