Heather Mack, Woman Who Killed Mom in Bali, to Appear in Court Wednesday

Heather Mack, a Chicago woman who served more than seven years in an Indonesian prison for killing her mother at a luxury resort on the island of Bali, is expected to appear in court Wednesday where her bail will be set.

Mack pleaded not guilty in Chicago court last week after being indicted on murder conspiracy charges in the United States and taken into federal custody. FBI agents took Mack, 26, into custody on her arrival at Chicago's O'Hare International Airport that same morning, according to the U.S. Attorney's office in the city.

"We’re going to fight for a very low bail amount. We’re hoping that this judge does not issue no bail," he said. "Heather has been a model inmate for seven years. She’s been in jail, she was released early because she’s been such a great inmate. She’s not a flight risk or danger to society. Heather has no money and I’m sure she’d be willing to relinquish her passport. If she were going to flee the country she would have done it before coming back to Chicago so Heather Mack is not a flight risk."

Mack was charged in the U.S. with conspiring with a former boyfriend to kill her socialite mother, Sheila von Wiese-Mack, in 2014 on the island of Bali, where they stuffed her body in a suitcase and left it in a taxi outside a hotel. Mack's former boyfriend, Tommy Schaefer, was also convicted of murder in Indonesia and is still imprisoned there. Mack and Schaefer are also charged with obstruction of justice in the three-count indictment.

Claypool said the federal charges are “clearly a witch hunt” in response to public pressure after Mack’s release from prison.

Speaking by phone from California last week, Claypool said he will ask the court to throw out the new charges, arguing that conspiracy was included in the charges that Mack was convicted of in Indonesia.

When is Election Day 2023 in Chicago? 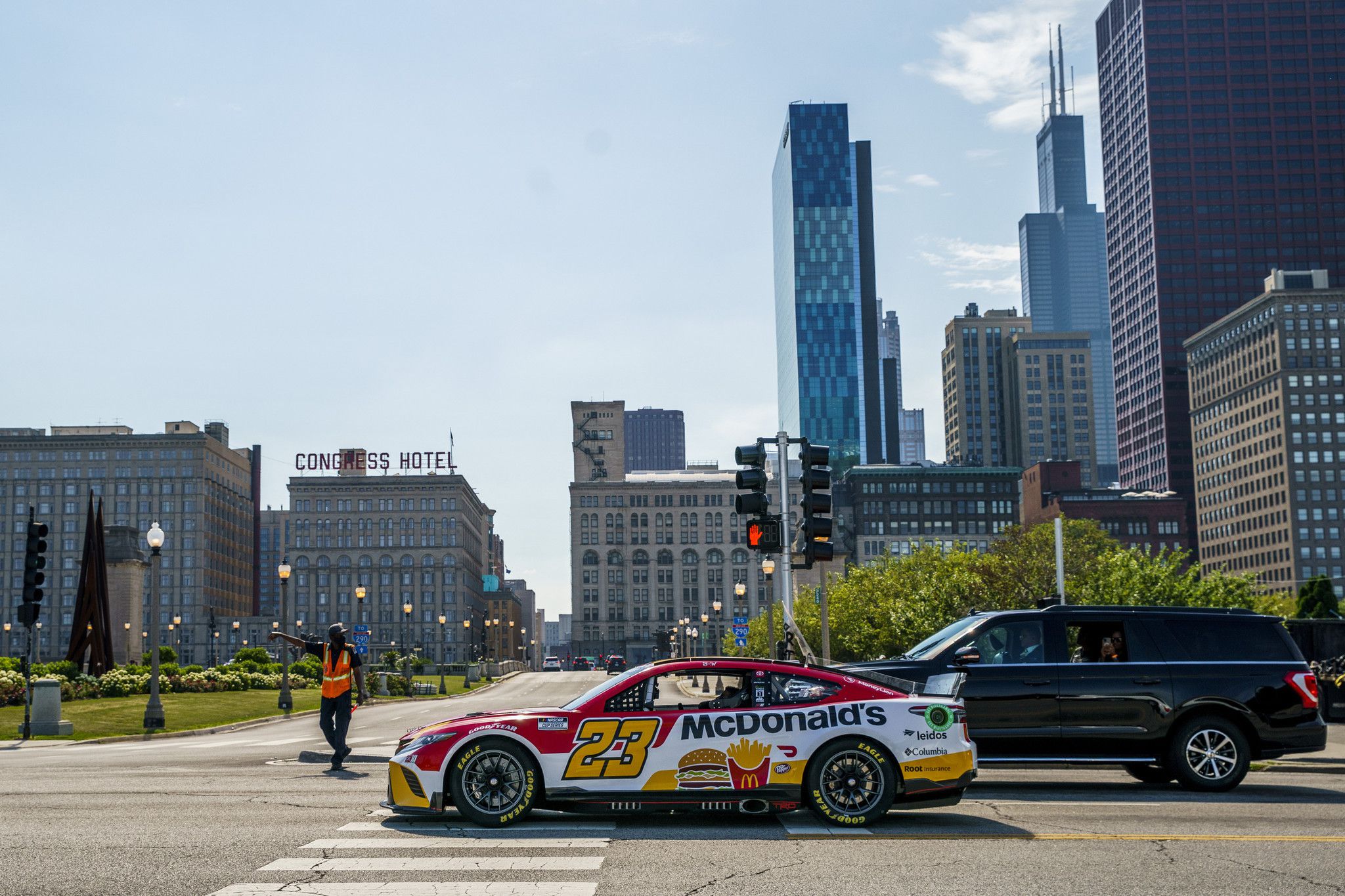 Tickets, Performances and More: What to Know About NASCAR's Chicago Street Race

The U.S. Constitution prohibits prosecuting someone twice for the same acts, commonly known as double jeopardy. But the allegations in Von Wiese-Mack’s death involve two countries with their own laws and their own claims to jurisdiction, an expert said.

“The United States government is a different sovereign than the government of Indonesia,” she explained.

The U.S. must believe “there is some substantial federal interest that was not vindicated by the prior case,” McQuade said. “I don’t know what all the reasons are. But this appears to be a very premeditated plot. This could be the kind of thing where they say: ‘Seven years? That is just not enough.’”

Mack’s daughter, Stella Schaefer, who is 6 years old, was on the plane with her mother, according to Claypool, who said the little girl was “excited” about her first trip to the United States. He declined to say who took custody of the girl when FBI agents took Mack away but said she was not handed over to child protective services. Court records show a Cook County probate judge issued an emergency order Tuesday appointing one of Mack’s attorneys, Vanessa Favia, as the girl’s guardian. Favia could not be reached for comment.

Schaefer's mother said she was angry that she was not given custody of her granddaughter.

“The lawyers don’t need custody,” Kia Walker told reporters at the airport. “Stella has family here. She has me. I want my granddaughter. I want this craziness to stop.”

According to the indictment, Mack flew from Chicago to Indonesia on Aug. 2, 2014, and Schaefer arrived on a flight from Chicago eight days later. On Aug. 11, Schaefer communicated in messages with Robert Ryan Justin Bibbs in Chicago about “different ways to kill Von Weise." The next day, according to the indictment, Schaefer and Mack exchanged messages about “how and when to kill Von Weise.”

According to the indictment, the two killed Von Weise-Mack on or about that same day, then stuffed the body into a suitcase and loaded it into the trunk of a taxi cab. It says Mack and Schaefer tried to cover up what they had done by “removing items of clothing worn during the killing.”

In 2016, Bibbs, who was identified as a cousin of Schaefer, pleaded guilty to helping to plan the killing in exchange for $50,000 from Mack’s expected inheritance. That cousin was sentenced the next year to nine years in prison. In 2017, the Chicago Tribune reported that court documents revealed the FBI was investigating whether others were involved in the the conspiracy.

According to the indictment, the murder “was part of the conspiracy that Heather L. Mack and Tommy E. Schaefer concealed, misrepresented and hid.”

Mack was almost 19 and a few weeks pregnantat the time of the killing. She and Schaefer, then 21, were arrested a day later at a hotel about 10 kilometers (6 miles) from the St. Regis.

The killing generated international attention, in part because the suitcase appeared too small to hold an adult woman’s body. The couple were convicted in 2015; Mack was sentenced to 10 years in prison and Schaefer received an 18-year sentence.

Indonesian officials announced in August that Mack would be released in October. She was freed from prison on Friday and deported to the United States this week.