Winds from the northwest have carried smoke from forest fires in the Saskatchewan province in Canada down to the Chicago area, resulting in a layer of smoke about 9,000 feet above ground level, according to Andrew Krein, a meteorologist with the National Weather Service in Romeoville.

“This is not uncommon. The wind flow happens to be from the exact right direction,” Krein said.

“It kind of looks like a very thin cirrus layer that normally would be much higher, only in this case it’s lower in the atmosphere,” he added. 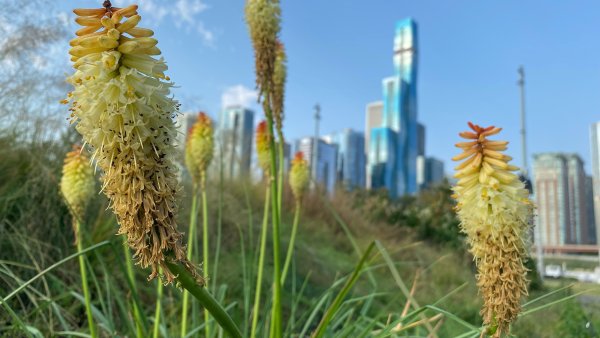 Autumn Equinox 2021: Timing, Weather and More for First Day of Fall in Illinois

The effect from the smoke is the same as after a volcanic eruption, when the ash carries from thousands of miles, Krein said.

And the bright red sun? That’s the effect of diffraction. The smoke is causing certain wavelengths of light to be scattered and others to be passed through, which results in the reddish-looking sun.

“We’ve gotten calls from all over the area. You’ll see the same kind of thing out in Rockford as you will in the Chicago area,” Krein said.

The smoke should have very little effect on flights in the Chicago area, Krein said. Few cancellations and delays have been reported at O’Hare and Midway, according to the city’s Department of Aviation.