Videos released Friday by a police oversight agency show a shootout in the backyard of a home between Chicago police and an armed man who was shot by officers in the South Shore neighborhood.

The Civilian Office of Police Accountability released five videos of the Feb. 26 incident in which 44 shell casings were found at the scene on the night of Chicago’s mayoral election.

No officers were struck, but the man suffered three gunshot wounds to his side and foot, police said at the time. The man who was shot, Flamingo Jones, was later charged with attempted first-degree murder of a police officer. 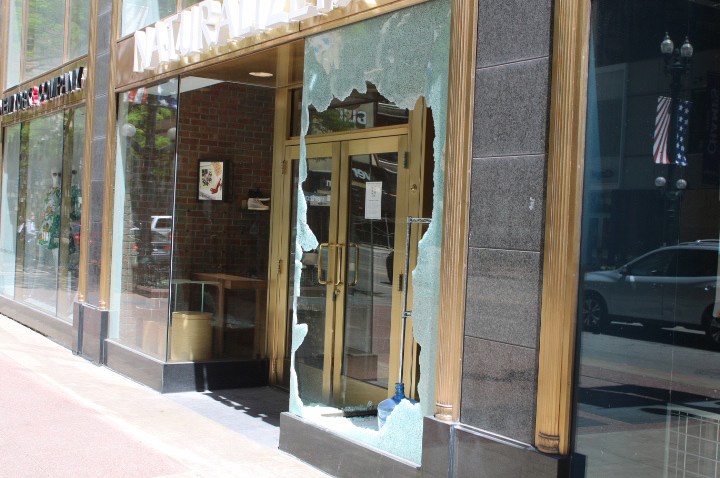 Access to Downtown Chicago Restored After Overnight Restrictions Over Looting

In one video, Jones is seen running from an officer who gives chase while holding his gun with two hands, saying repeatedly, “He’s got a gun in his hand… Get on the ground.”

The video shows the officer fire four shots at the 38-year-old as Jones jumps a fence in a gangway, then another four in the backyard. After a pause in action, a rapid series of shots is fired — though not clear by whom — and then multiple officers close in on Jones and place him in cuffs.

Though the officer who fired the first shots radios that there were “shots fired at police,” none of the videos appear to show the moment when Jones allegedly fired at officers.

When Jones jumped a fence while still holding the gun, one officer chasing him “feared for his life” and fired, but did not hit him, prosecutors said. Later, Jones lifted the gun toward the officer, and the officer fired at him again, according to prosecutors.

Once Jones fell, he allegedly fired his gun at multiple officers, prosecutors said. Those officers shot back, striking his feet, and then arrested him.

At the time, Jones was on parole for a 2012 weapons charge, according to court records. He was released last August.

COPA said it is still investigating the shooting to determine if officers’ actions were in line with the Chicago Police Department’s use of force policy. The video was released Friday in accordance with the Chicago’s 60-day video release policy.