Both ends of the CTA’s new 95th/Dan Ryan Red Line station and bus terminal are open to customers again after years of construction on the far South Side commuter hub.

The North Terminal’s completion marks the second phase in tge $280 million project to rebuild the original, 50-year-old 95th/Dan Ryan train and bus terminal, according to a statement from Mayor Rahm Emanuel’s office. The station’s South Terminal opened in April of 2018.

“This a critical milestone in the largest construction project in CTA’s history, one that marks a transformative investment in Chicago’s South Side,” Emanuel said in the statement. “This 95th/Dan Ryan North Terminal and pedestrian bridge add critical components to a transit showcase that continues to create jobs and opportunities, and drives economic development in this community.”

City officials praised the new station as more spacious, with more turnstiles and a longer train platform expected to reduce overcrowding. The redesigned station includes safety-focused features like elevated walkways that reroute pedestrians away from busy 95th Street, as well as conveniences like more bike racks and security upgrades including high-definition cameras throughout the station. 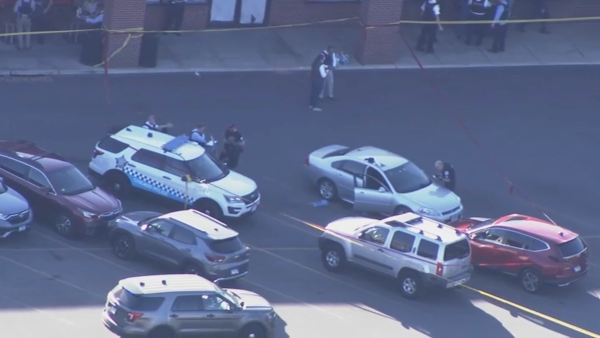 Once construction is fully completed later this year, both terminals will have public art displays showcasing work by Chicago native artist Theaster Gates, according to the mayor’s office. The South Terminal will display two tapestries woven from strips of decommissioned fire hoses, while the North Terminal will feature a radio station and DJ booth that will broadcast over the station’s PA system.

The project was initially announced in 2012 and construction started in September of 2014.