Chicago Police Supt. David Brown sent a blunt message to potential weekend looters, warning them that "CPD is going to arrest you" and use various strategies to prevent caravans from coming downtown, including puncturing tires.

The department also extended Chicago officers' hours and canceled days off, he said, reiterating, "this is our town; it doesn't belong to the criminals."

"Don't let these criminals run you out of this beautiful city," Brown said in a news conference Thursday to detail plans for weekend safety following widespread looting that left many businesses damaged and resulted in more than 100 arrests. "Our department, our police officers will risk their lives to protect you. Not in our town, not in our city."

Chicago police are say that investigations are continuing after looters targeted numerous retailers throughout the city, and for many downtown residents, this latest round of destruction feels like the final straw. NBC 5's Lexi Sutter has the story.

Brown sent a blunt message to potential weekend looters, warning them that "CPD is going to arrest you" and use various strategies to prevent caravans from coming downtown, including puncturing tires.

"We are going to deploy all tactics necessary to prevent and stop looting," Brown said. "If that means deploying stop strips to puncture your tires if you're caravaning cars to loot. We will disable your cars to prevent the caravan and we will work very hard to do so. If that means deploying tow trucks to impound your cars that are caravaning to loot, CPD will do so. If that means blocking off streets and boxing in caravans of looters, CPD will work to do so." 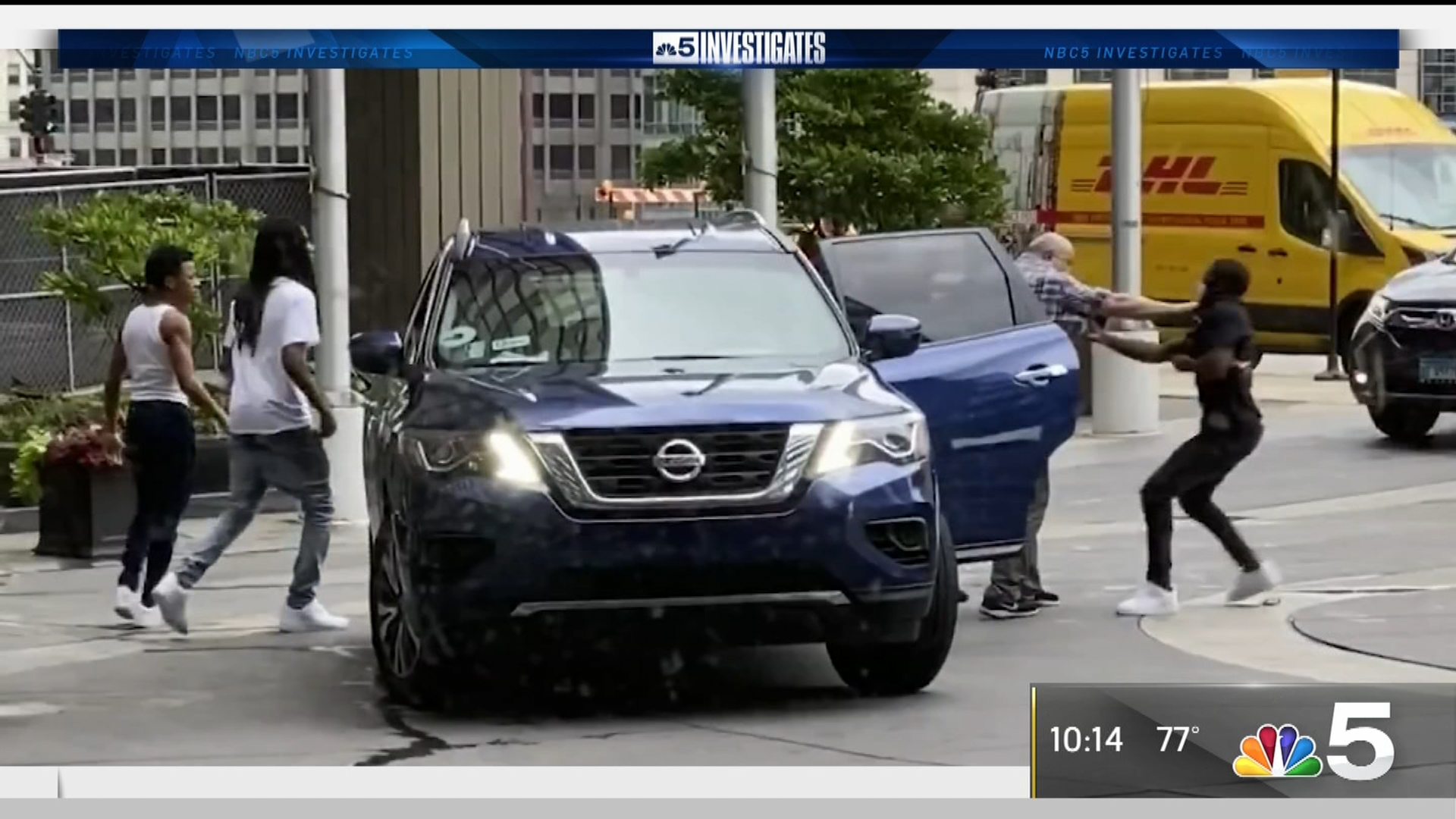 ‘This is Out of Control': Downtown Residents Worry As Crime Soars In addition, a demonstration scheduled to take place in Chicago this weekend is aiming to shut down the Dan Ryan Expressway, mirroring a now-historic anti-violence march that closed the same roadway in July 2018.