The mayor is scheduled to deliver a COVID-19 update at 1:30 p.m. from City Hall

UPDATE: Chicago will soon require proof of vaccination for indoor public spaces like restaurants, bars and gyms in the new year, the city's mayor announced Tuesday, joining other big cities like New York and Los Angeles in adding the requirement as COVID cases surge. Read the full update here.

Chicago Mayor Lori Lightfoot is expected to make a "major announcement" Tuesday regarding the city's fight against COVID as cases surge in the city and across the country.

Details on what exactly the announcement will be remain unclear, but the mayor told MSNBC during an an appearance Monday night that she would be making an announcement regarding the city's mitigation efforts.

"We see what other cities have done with requiring vaccination proof for places of leisure, restaurants, gyms and other places and we've got to this seriously," she said. "We went from 300 cases in a downward slope just three weeks ago. Now we’re seeing a thousand cases and we are seeing an increase of deaths in our city. So now is the time to act and we will."

The mayor is scheduled to deliver a COVID-19 update alongside other city leaders at 1:30 p.m. from City Hall. (Watch live in the player above) 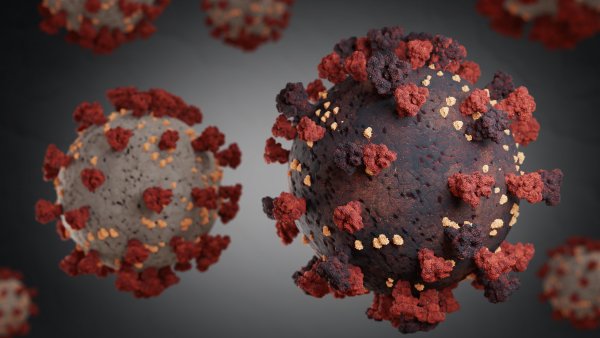 Here's How Many Omicron Variant Cases Have Been Confirmed in Illinois Booster Shots and Omicron: Is Moderna or Pfizer Performing Better? Here's the Data So Far

City health officials had been saying for weeks that vaccine proof may soon be required for certain indoor activities and public spaces.

"Might we begin requiring proof of vaccination for more activities and public spaces? Yes, I think we might," Chicago Department of Public Health Commissioner Dr. Allison Arwady said earlier this month. "I certainly am more interested in that than I am in needing to do some of the major shut downs."

The county said that while the delta variant remains the prominent variant, case counts, case rates, test positivity, hospitalizations and deaths "are all increasing."

"CCDPH is issuing Increased mitigation practices for individuals and businesses," the county health department said in a release. "CCDPH urges suburban Cook County residents to follow them to slow the spread of COVID-19. We must continue to work together to keep each other healthy and to avoid overwhelming the healthcare system."

In Chicago alone the average daily case rate has risen to 991 per day, a 79% increase from the week prior. Daily hospitalizations and deaths have also seen increases in the last week, city data shows.

Across Illinois, cases and hospitalizations continue to rise leading up to the holiday.

At least 17 omicron cases have been detected so far in Illinois, according to IDPH, with local health officials confirming at least two in the Chicago area, one being in the city itself.

Still, while they encourage local authorities to make decisions on a regional level, state officials have said there are currently no plans to bring back restrictions at a statewide level just yet.