Juan Bucio was a 15-year member of the Chicago Fire Department and the father of 7- and 9-year-old sons.

Weeks after Chicago Fire Department diver Juan Bucio died while searching for a boater in the Chicago River, his death has been ruled an accident.

Questions have lingered in the weeks following the tragic incident. The Cook County Medical Examiner's office revealed Tuesday that Bucio died of "asphyxia with depletion of air from diving tank due to cardiac arrhythmia due to lymphocytic myocarditis."

"Lymphocytic myocarditis is a rare cause of cardiovascular disease that can cause heart failure," the medical examiner's office said, noting the death was ruled an accident. 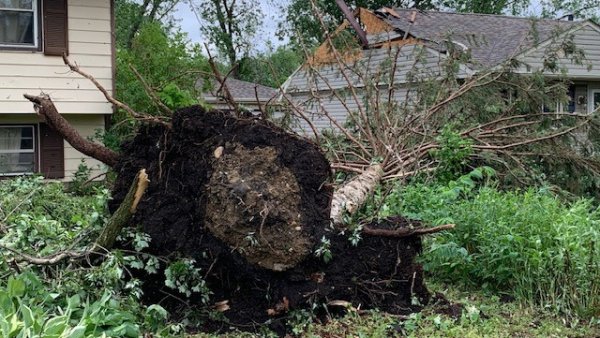 Tornado Touches Down in Suburban Woodridge, No Injuries Reported

Officials say Bucio, 46, became separated from his partner and died searching for a missing boater who fell overboard on the evening of Memorial Day. An investigation into what happened is ongoing.

Friends of Alberto Lopez found his body in the river four days after the search began.

Bucio was a 15-year member of the Chicago Fire Department and the father of 7- and 9-year-old sons.

Bucio’s brother Isaac a firefighter himself, expressed how his brother will live on through his two sons and thanked everyone for supporting his family in this time of great loss.

“No words to explain what you guys have done for my brother,” he said.