Charges are pending against the driver

A 26-year-old woman has died of her injuries after a man suspected of driving drunk and going the wrong way on Lake Shore Drive collided with the taxi she was in.

The crash took place around 1:50 a.m. Friday near East Randolph Street and closed the northbound lanes of the major thoroughfare for more than two hours.

Officials said the driver of a Subaru SUV was traveling south in the northbound lanes of Lake Shore Drive when he or she collided head-on with a taxi that was carrying two passengers. NBC Chicago's photojournalist on the scene noted the taxi was from the Blue Diamond Taxi Association. The SUV seemed to be missing license plates.

Laura LaPlante, 26, was taken to Northwestern Hospital along with a 25-year-old male passenger of the taxi where they were both listed in critical condition, officials said. LaPlante was pronounced dead just after 6:30 p.m. Friday.

Officials at the University of Chicago said LaPlante was in her third year as a law student.

According to Todd Henderson, a professor of law at UofC, LaPlante was expected to graduate this year.

"Every student we have is smart and accomplished, but she stood out," Henderson said. "She was incredibly generous and kind and big-hearted. She had the ability to argue convincingly for her side without offender the other, which is rare." 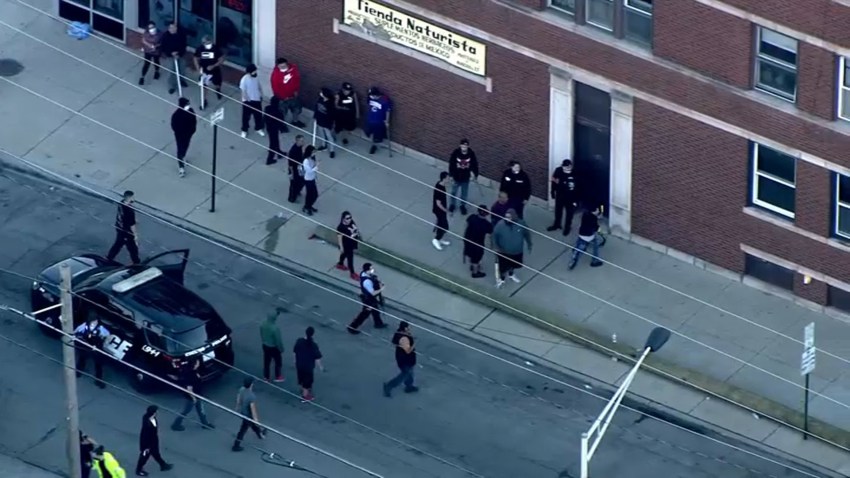 Henderson said LaPlante had accepted a position to work for a law firm in Boston after graduation.

"I cannot make sense of the passing of such a wonderful, vital young woman who would surely have done so much in her life to make the world a better place," Dean Michael Schill said in an email to students and faculty. "At the same time, during Laura’s short time on earth she made an impact. Laura left each of us better human beings than we would have been in her absence."

Charges are pending against the driver and alcohol is believed to be a factor in the crash, police said.

It's the third time in recent years a wrong-way crash has occurred on Lake Shore Drive. Last week, Terrell Garrett was sentenced to 10 years in prison after he was driving drunk the wrong way and hit and killed Joaquin Garcia and Fabian Torres.

In March 2012, two women and a man were injured in a three-car collision involving an allegedly drunk wrong-way driver on Lake Shore Drive.