About 2:10 a.m., officers tried to pull over a 2002 white Oldsmobile Silhouette driven by a 21-year-old man at the intersection of Ogden Avenue and Homan Avenue, Chicago police said. The Oldsmobile fled from the officers north on Homan.

It ran a red light and struck a Kia Rio that was westbound on Roosevelt Road in the 1100 block of South Homan, police said. The impact caused the Kia to smash into the side of a taxi cab that was facing south on Homan.

Quest for the Cup 14 mins ago

Blackhawks vs. Golden Knights: Positives to Take Away After Game 1 Loss 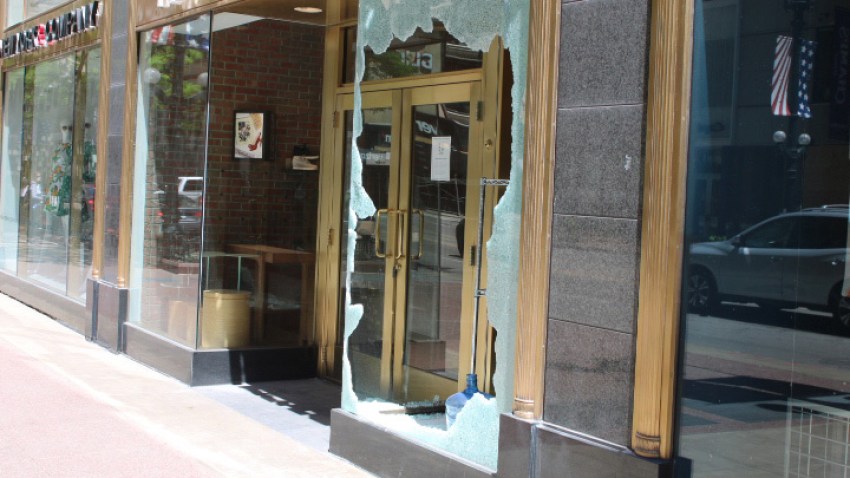 Watch Live: Chicago Police to Give Update on Looting Incidents at 3:30 p.m.

The Oldsmobile spun out and hit an unoccupied parked vehicle which in turn crashed into a Toyota Avalon that was behind it, police said.

The driver of the Oldsmobile suffered a broken leg and tried to flee but was arrested a few feet from the crash at a CTA bus stop, police said. He was taken to Mount Sinai Hospital where his condition was stabilized.

A man, 21, and a woman in the Kia were injured and taken to the same hospital, police said. Their conditions were stabilized and both are expected to recover, police said.

The driver of the taxi, a 33-year-old man, and the man in the Toyota, 21, refused medical treatment, police said.

Citations are pending against the man in the Oldsmobile, police said.