Health officials are warning of possible coronavirus outbreaks after crowds gathered across the United States this weekend to celebrate Super Bowl Sunday. Although “a majority” of people and businesses followed the rules, according to Tampa Bay's mayor, photos from outside of Raymond James Stadium showed throngs of maskless fans celebrating the Buccaneers' win.

Meanwhile, health officials are also warning states against easing virus restrictions. Although new cases and deaths have been decreasing over the past several weeks, experts believe virus variants are likely underreported and still pose an increased risk of a resurgence of the coronavirus, NBC News reports.

The U.S. has reported more than 27 million coronavirus cases and 466,000 virus-related deaths since the start of the pandemic, according to a tally by NBC News.

Prime Minister Justin Trudeau says starting next week any non-essential traveler arriving in Canada by land will need to show a negative PCR-based COVID-19 test or face a fine.

Trudeau says customs officers can’t send Canadians back to the U.S. if they don’t have a test because they are technically on Canadian soil but he says the fine will be up to $3,000 Canadian ($2,370) and they will also be subject to extensive follow up by health officials.

Canada already requires people arriving by air to show a negative test within three days of arriving. Last month, Trudeau also announced stricter restrictions on air travelers in response to new, likely more contagious variants of the virus. It’s mandatory for air travelers to quarantine in a hotel at their own expense.

But the government hasn’t yet announced when the mandatory hotel stays will start. The air traveler would stay at a government designated hotel until the results of a test.

White House Says It Will Increase Vaccine Supply Next Week

The White House is increasing the supply of coronavirus vaccines beginning next week, with an aim to ensure the equity of the distribution of doses.

Dr. Marcella Nunez-Smith, the chair of the White House’s COVID-19 equity task force, says that the federal government is devoting 1 million doses to begin distributing vaccines at 250 community health centers. It’s meant to be a first phase of a program to expand vaccinations to the more than 1,300 federally supported community health centers, which primarily care for low-income and uninsured populations.

COVID-19 coordinator Jeff Zients says, “Efficiency and equity are both central to what we’re doing.”

Zients also announced states will see their allocation of doses rise to 11 million per week beginning next week, up more than 2 million since President Joe Biden took office.

With new COVID-19 variants from the U.K., South Africa and Brazil now spreading, doctors are rushing to vaccinate as many Americans as possible before more mutations arise. Dr. Natasha Bhuyan, a regional director of One Medical, joined LX News to talk about why vaccines are so important right now and how she encourages her patients to overcome their skepticism about it.

The Biden administration is considering a rule that would require negative COVID-19 test results for domestic air travel, according to Transportation Secretary Pete Buttigieg.

Buttiegieg made the comments on an interview Sunday with "Axios on HBO."

Asked about Buttigieg's remarks, CDC chief Dr. Rochelle Walensky said Monday the agency was reviewing the proposal as a possible added safety measure to stem spread of the virus.

“The more screening we’re doing in places where people are gathering, I think the more asymptomatic disease we will detect ... there’s more gathering that happens in airports and to the extent that we have available tests, to be able to do testing," she said. "First and foremost I would really encourage people to not travel but if we are traveling, this would be yet another mitigation manner to try to decrease the spread.”

Buttigieg said later Monday that he believed CDC's decision will be guided by common sense, medicine and science. He acknowledged that travel industry groups — they by and large oppose the plan as unduly dampening air travel — had raised “valid points” that limited testing resources could be directed away from vulnerable communities as a result, and that the virus could be almost as easily spread by people who travel by car.

“We know it’s the appropriate measure for international travel, people traveling into the U.S.,” partly because of the threat of virus variants from other countries, Buttigieg told CNN. “I would say the domestic picture is very different, but the CDC is always evaluating what can best be done to keep Americans safe."

A second case of a new, more contagious form of the COVID-19 virus has been detected in Wisconsin, less than a month after it was first seen, health officials said Tuesday.

The variant was first detected on Jan. 12 and was identified again on Sunday by lab partners of the state Department of Health Services.

Wisconsin chief medical officer Dr. Ryan Westergaard calls the development “concerning" and there are likely “many more cases” of it in the state than have been detected, he said. Only a small number of tests collected can be checked for variants through whole genome sequencing.

“Wisconsinites must continue to be vigilant to stop the spread of COVID-19 by wearing masks, staying home, washing their hands, and getting vaccinated when they are able," Westergaard said in a statement.

The first case was discovered in Eau Claire. The state health department did not disclose where the second positive came from.

The variant was first discovered in England in November and December. It’s since turned up across the United States.

WHO Team: Coronavirus Unlikely to Have Leaked From China Lab

A team of international and Chinese scientists looking for the origins of COVID-19 says the coronavirus most likely first appeared in humans after jumping from an animal.

The team dismissed Tuesday as unlikely an alternate theory that the virus leaked from a Chinese lab. One expert said a closely watched visit by World Health Organization experts to Wuhan, China, did not dramatically change the current understanding of the early days of the pandemic. But it did offer more details.

The experts considered several theories for how the disease first ended up in humans, leading to a pandemic that has now killed more than 2.3 million people worldwide.

The Centers for Disease Control and Prevention, for the first time during the pandemic, will host a nationwide forum on the safest and most effective ways to vaccinate millions of Americans, a Biden official told NBC News as the new administration seeks to re-empower scientific agencies sidelined under the previous administration.

The Feb. 22-24 event with national, state, local and tribal medical practitioners is part of a series of initiatives the new administration is taking to signal that the federal government is playing a more aggressive leadership role in combating the COVID-19 pandemic.

The goal is to communicate national standards for how best to build trust and confidence in vaccines and to ensure "equitable vaccine access and uptake to all populations," the official said.

It's the most recent example of the administration's trying to assert itself in coordinating the COVID-19 response and re-empowering scientific agencies.

Levi's Stadium in Santa Clara, home of the San Francisco 49ers, will become the Bay Area's next COVID-19 mass vaccination site, with preparations ramping up for a Tuesday opening, NBC Bay Area reports.

Levi's was one of the first NFL stadiums to be approved as a mass vaccination site before the league stepped up last week to offer up all 30 of its venues in the effort to get millions of Americans vaccinated.

The announcement by the 49ers and Santa Clara County on Friday called it California’s largest vaccination site, scheduled to serve county residents 65 and older, with an initial capacity to vaccinate 5,000 people a day and plans to increase that to as many as 15,000 as vaccine supplies increase.

Targeting vulnerable ZIP codes is one way San Francisco and other U.S. cities and counties are trying to ensure they vaccinate people in largely Black, Latino and working-class communities that have borne the brunt of the pandemic. In Dallas, authorities tried to prioritize such ZIP codes, which tended to be communities of color, but backtracked after the state threatened to reduce the city’s vaccine supply.

Nationwide, states are struggling to distribute vaccines equitably even as officials try to define what equity means. They're debating what risk factors gets someone to the head of the line: those in poverty, communities of color, their job or if they have a disability. Others simply want to vaccinate as many people as possible, as soon as possible.

In California, which has prioritized seniors and health care workers, Gov. Gavin Newsom last week announced a federal partnership for mass vaccination sites in Oakland and east Los Angeles, saying the locations were chosen to target working-class “communities that are often left behind."

“Not only do we want fast and efficient, but we want equitable distribution of the vaccine," he told reporters Monday in San Diego, where he hinted that a mass vaccination site would be announced soon for farm and food workers in central California.

Newsom also says a new state vaccine distribution system will pay providers to offer shots in vulnerable neighborhoods and communities of color. Insurer Blue Shield of California will run the program and collect demographics on who's getting the shots. 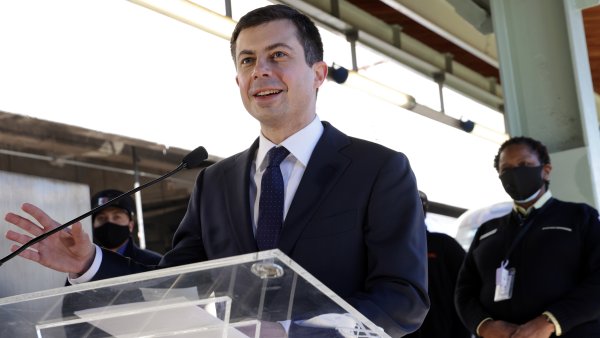 Buttigieg to Quarantine After Security Agent Gets COVID-19 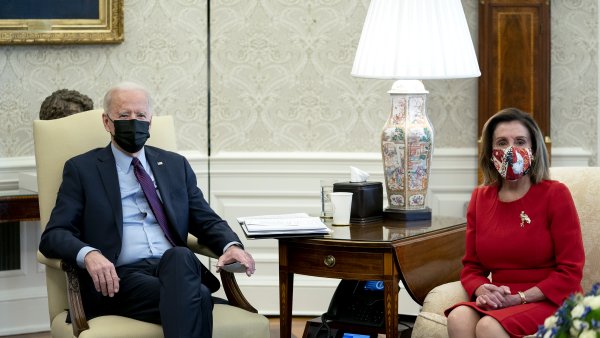