If the pandemic had not happened, most states at this time would likely be through orchestrating their nominating contests

Several states are preparing for the coronavirus to last through the fall, with the expectation that the pandemic will affect voting in the 2020 presidential election.

Across the country, the pandemic has changed the way people vote, and it’s unclear whether these changes will become the new norm.

States like North Carolina, Hawaii, Delaware and Alabama are planning to implement more rigorous cleaning procedures at poll centers. Others are brainstorming how to replace older poll workers and volunteers who may fear working due to potential exposure to the virus. 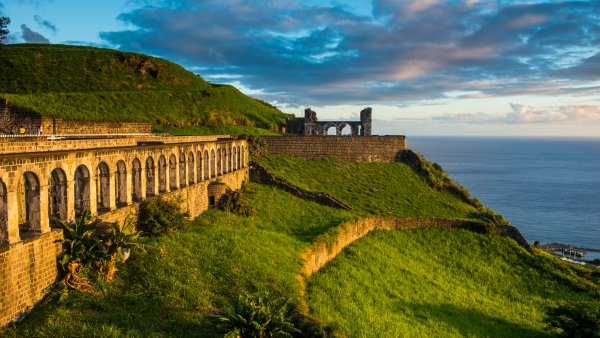 Some Destinations Are Shutting Out Unvaccinated Travelers. Here Are a Few 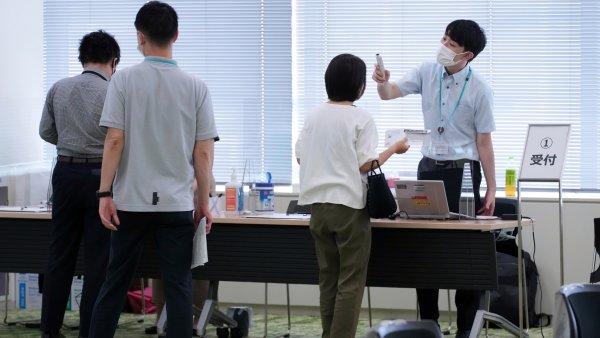 Voting by mail is under expansion in multiple states, while others consider alternate ways to make in-person voting safer.

State voting officials told CNBC they are preparing for fall elections with the anticipation that social distancing guidelines will remain in effect.

The fear of contracting and spreading the virus among large groups has already forced many states to push back their presidential primaries, the latest hurdle for voting officials.

If the pandemic had not happened, most states at this time would likely be through orchestrating their nominating contests. Some officials told CNBC they have not yet planned for the presidential election in the fall because they’re still making arrangements for their primaries.

Nebraska’s primary is Tuesday. “We are currently focused on the primary election and have not yet made any plans for the general election in November,” said Cindi Allen, Nebraska assistant secretary of state.

Oregon is preparing for its Democratic primary on May 19. Iowa, which has a Senate primary scheduled for June 2, is focusing on that, the secretary of state’s office said.

But other states already find themselves in the middle of preparations for the Nov. 3 Election Day.

Poll workers in North Carolina will receive personal protective equipment like masks, gloves and hand sanitizer, said Patrick Gannon, the Board of Elections’ public information officer. Alabama matched a portion of the money allocated to the state by the CARES Act, the $2 trillion federal stimulus package, and expects some of it to be spent on cleaning materials and protective equipment, according to Grace Newcombe, press secretary to the secretary of state’s office.

There’s also the concern that there might not be enough poll workers, who tend to skew older, to staff the general election. Older poll workers might not make it out in November due to the fear of catching the virus, which often causes seniors to suffer the most severe symptoms. Already, Delaware has “seen some cancellations by poll workers, due to anxiety around the COVID-19 situation,” according to State Election Commissioner Anthony Albence.

In anticipation of a potential drop in the number of poll workers, several states are beginning their recruiting months earlier than usual, tapping into high schools and colleges.

Missouri is considering using the National Guard as poll workers, Secretary of State Jay Ashcroft told CNBC. The state is also weighing “setting up curbside tents or drive-thru tents for voting,” he said, calling them “alternative fallback plans that we can focus on” to create opportunities to vote with minimal contact.

But even as they’re taking steps to prepare for in-person voting, states remain hopeful that more people will opt for mailing in their ballots instead of showing up at the polls.

North Carolina’s Gannon said no special circumstance is needed to vote by mail, and the state expects “more people to vote by mail this year and for social distancing to be in place at polling places.”

The challenge of voting by mail

Not every state is able to depend on vote-by-mail access, as the restrictions on mail-in voting vary from state to state.

The District of Columbia and 34 states, including five that conduct all-mail voting, use no-excuse absentee voting, according to the bipartisan National Conference of State Legislatures.

The future of vote by mail is uncertain in South Carolina, one of 16 states that require voters to explain why they will not be able to vote in person on Election Day.

“Voting in the pandemic is currently the subject of three separate lawsuits here in S.C. and the governor or General Assembly could theoretically still take action, so it is possible that options for voters could change for our June 9 State primaries and beyond,” said Chris Whitmire, director of public information at South Carolina’s Election Commission.

There’s talk of changing the requirement in Missouri, another of the 16 states that ask for an excuse in order to obtain an absentee ballot. As of right now, “Covid-19 doesn’t meet those excuses,” said Secretary of State Ashcroft. “We are working with legislature to see if we need to tweak that a little bit,” he said, cautioning that ultimately he has “no authority” to make such decisions.

In Minnesota, officials hope to increase the number of people participating in no-excuse absentee voting, according to Risikat Adesaogun, the press officer at the secretary of state’s office.

“About 24% of eligible Minnesota voters voted by absentee last election. We hope to increase that number and thereby reduce the number of people showing up in person on Election Day,” Adesaogun said. “Our no-excuses absentee voting period begins 46 days before Election Day, providing eligible Minnesota voters with lots of time to cast their votes from the safety of their home.”

California Gov. Gavin Newsom signed an executive order on Friday allowing all registered voters in the state to receive a mail-in ballot this November.

In Connecticut, every registered voter in the state will receive an absentee ballot application in the mail, including postage-paid return for the applications, according to the office of Secretary of State Denise Merrill.

“This plan will allow a larger number of voters to vote by absentee ballot than ever before, and do it at no cost to the towns or the voters,” the release said.

Turnout in Wisconsin, for example, “runs around 70 percent of the voting age population,” according to Reid Magney, public information officer of the Wisconsin Elections Commission. “It’s too soon to say how the pandemic will affect turnout in November because we don’t really know what the status will be.”

South Carolina’s Whitmire acknowledged that “decreased turnout is certainly a possibility.” But he hopes more people mail in absentee ballots and that planned precautions in polling locations “will make those voters who must vote at the polls feel safe about doing so.”

Missouri, like other states, is ramping up its curbside voting program, hoping to generate higher voter turnout in future elections.

Voters “can get in a car, let them lean out the window of their car and they vote,” Ashcroft said, adding that the state hopes to test these measures in the June 2 municipal election and adopt them in November.

Despite the preparations, there’s a lot up in the air. Ashcroft emphasized that Missouri is aware and focused “on the idea that we don’t know what’s going to happen in November.”

“There’s some concern from the experts that we could see a resurgence or we can have Covid-19 and the flu,” he said. “So we want to make sure we’re not only concentrating on doing June and August well, but we’re using them as opportunities to prepare for November.”

A national survey conducted by Monmouth University found that just 18% of U.S. voters regularly vote by mail. But about 51% said they were either “very” or “somewhat” likely to vote by mail this fall.

The survey, released Wednesday, found that a majority, or 57%, of respondents consider the vote-by-mail process in their respective state easy, while 11% said it’s difficult. Almost a third, or 32%, of respondents said they weren’t sure whether the process is easy or complex in their state.