Powerful thunderstorms overnight flooded some roadways, and left traffic lights out at some intersections around the area Sunday morning.  And more storms are on the way.

Torrential downpours, cloud-to-ground lightning, wind gusts in excess of 70 mph, and hail as large as golf balls could all be in store for northern Illinois and northwest Indiana Sunday afternoon and evening, according to the National Weather Service.

"I know you may be looking out your window and thinking, 'Oh, it's dry, the rain has come to an end.'  That's not the case," NBC Chicago Meteorologist Cheryl Scott said.  "As we go into later afternoon and tonight, we're going to find more showers and storms firing off." 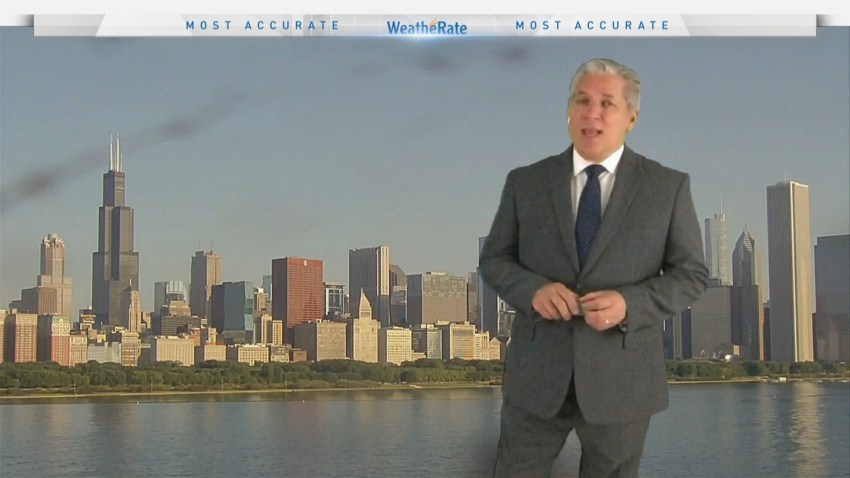 A substantial cold front is working its way eastward, toward Chicago.  That puts the entire metro area in a slight risk for severe weather.  The high temperature should reach close to 80 degrees, but when that cold front pushes through overnight, temperatures could drop by as much as 40 degrees, the weather service said.

The storms will not be widespread until late this evening, likely after 8 p.m. and into the overnight hours.

A wind advisory is in effect until 1 a.m. Monday. A wind advisory means that sustained winds of 30 to 39 mph or gusts between 45 and 57 mph and likely, the weather service says.

Because around 2 inches of rain already fell Saturday night, any additional rain Sunday could lead to some localized flooding.