A light mix of freezing drizzle and snow is possible north of Interstate 80 Sunday night, according to the National Weather Service

The year’s first major winter storm has moved on from Chicago, and though there’s a chance of a little more snow falling during the Monday morning commute, rising temperatures early this week will bring a little relief.

There’s still a 30% chance of more snow Monday before 7 a.m., the weather service said. The rest of the day is predicted to be mostly cloudy, with temperatures near 38 and wind gusts up to 15 mph.

A light mix of freezing drizzle and snow is possible north of Interstate 80 Sunday night, with expected snow accumulations less that a half-inch near Waukegan, the weather service said.

As of 11 a.m. Sunday, The Chicago Department of Aviation Sunday reported 98 flight cancellations at O’Hare and 2 at Midway, with delays at both airports averaging less than 15 minutes.

The Department of Streets and Sanitation deployed over 200 snow vehicles to spread salt over “arterial routes” and Lake Shore Drive Saturday before turning their attention residential streets early by 6:20 a.m. Sunday, the agency said. Cook County streets were clear as of 11 a.m., while neighboring Lake County and LaSalle County reported streets partly covered with ice or snow. 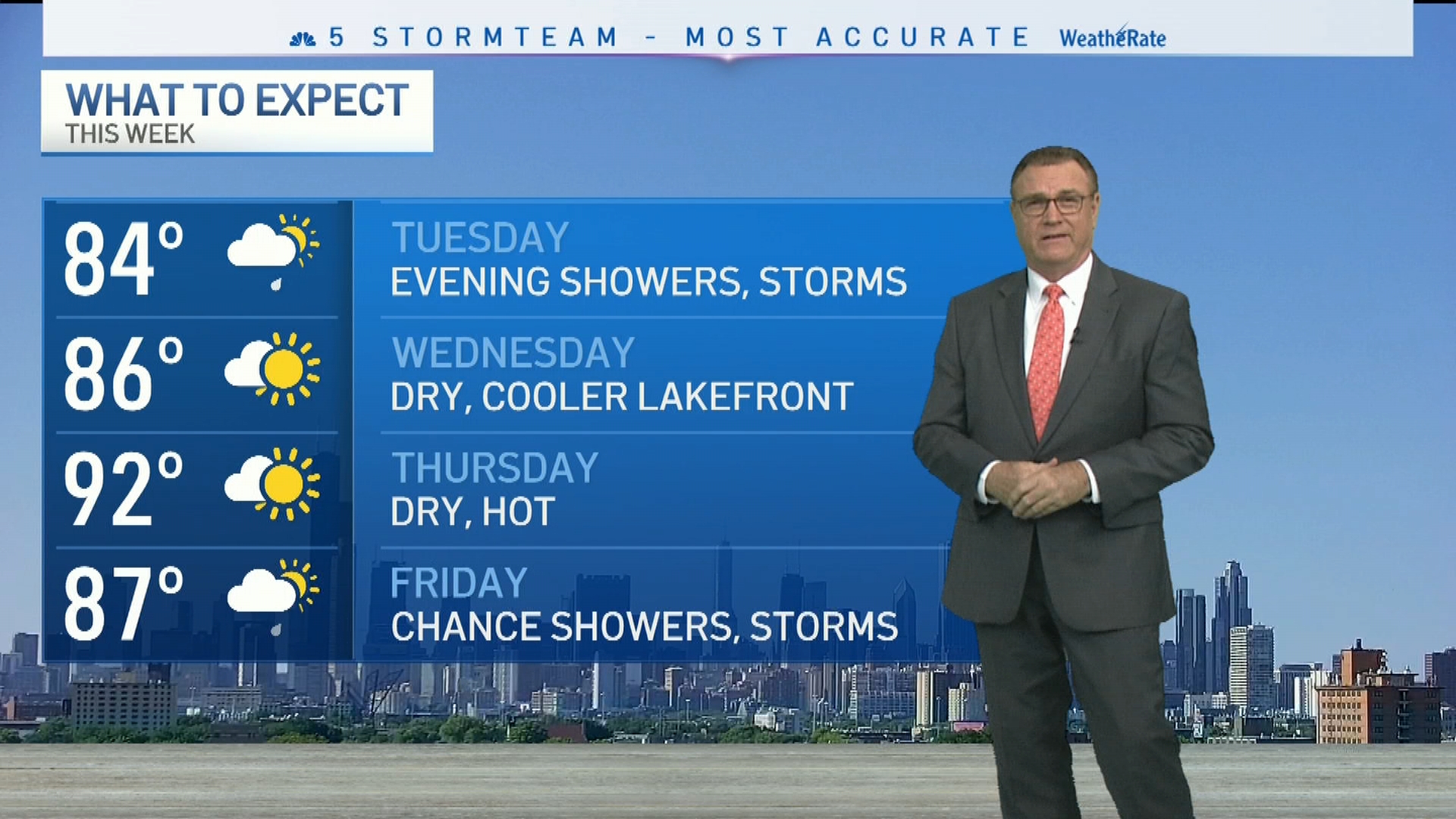 Tuesday, temperatures should peak at 44, with the rest of the week remaining in the mid-to-high 30s, the weather service said. Rain and snow is expected everyday excluding Thursday, which is predicted to be mostly sunny.