I-55 Shut Down in Both Directions Near Braceville After 5-Vehicle Crash: ISP

According to authorities, the interstate was shut down between Gardner and Reed Roads

Interstate 55 was shut down in both directions Monday morning after a five-vehicle accident was reported near Braceville, according to Illinois State Police.

According to state police, the interstate was shut down for both northbound and southbound lane between Gardner and Reed Roads for an investigation into a crash that happened just before 8:30 a.m. and involved four vehicles and one "truck tractor semi-trailer combination."

Preliminary information indicated the semi was unable to stop as traffic slowed near Braceville Road in Will County and hit the rear end of another vehicle, sparking a chain-reaction crash. Due to the impact, the vehicle hit by the semi rear-ended another car, which then hit the front of a fourth vehicle, sending the fourth vehicle into the rear of a fifth car.

Two people were taken to a local hospital with minor injuries, police said. 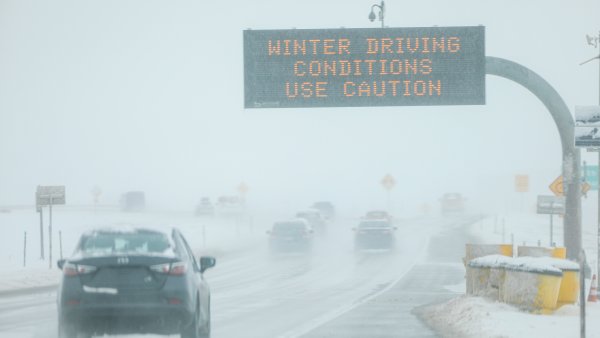 Things to Keep in Your Car During Winter Weather

The Illinois Department of Transportation initially said there were two crashes in the area at the time. One crash was blocking all northbound lanes of the interstate near the Gardner interchange.

At the same time, authorities said a second crash involving multiple vehicles was "affecting the southbound lanes at about milepost 230, near Braceville."

ISP said the lanes were expected to reopen Monday afternoon.