The time for talk will finally come to an end on Wednesday night when the Chicago Blackhawks and Detroit Red Wings do battle at the United Center. The Hawks will be looking to finish off their Central Divisional rivalry with the Wings in grand style, but with Detroit coming off of an impressive series victory against the Anaheim Ducks, there are arguments to be made that the series could be a tough one for the Hawks.

In order for the Blackhawks to win, there are several things that will have to go right for them. 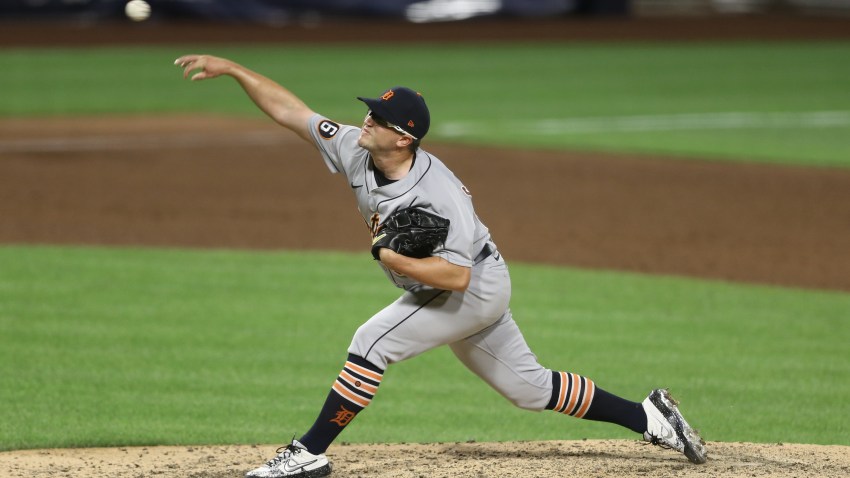 Quest for the Cup 17 mins ago

Blackhawks vs. Golden Knights: Five Keys to Victory for Chicago

Head coach Joel Quenneville has termed the discussion over where to place center Dave Bolland in the lineup a “good problem,” and he has ultimately decided to break up the team’s third line by putting Bolland at center and having Bryan Bickell and Andrew Shaw play in the wing spots. The decision also meant that Viktor Stalberg will be a healthy scratch for Game 1.

That line has been one of the better ones for the Hawks this season, with a good mix of physicality and scoring touch that has given opponents a tough challenge in terms of matchups. With Bolland’s return, they will likely be more of a checking line with a dash of scoring thrown in, and against a team in the Red Wings who isn’t exactly stacked defensively, it may actually be to Detroit’s benefit that the Hawks will have a little bit less offensive punch in the bottom six.

The move does give the Hawks a slight advantage, however. In road games in the playoffs, Wings head coach Mike Babcock has split up forwards Henrik Zetterberg and Pavel Datsyuk, since the home team gets the benefit of the last line change and can opt to send out shutdown players against snipers like those two forwards.

By putting Bolland on the third line, Quenneville has enabled himself to send out the third line against either the first or second line for Detroit, and that flexibility is something that not a lot of teams have.

In the Wings’ first round series against the Ducks, they were able to score six power play goals, but even more importantly, their offense looked better as the series wore on. What that means for the Blackhawks is that they need to try to stay out of the penalty box, because Detroit has shown that when they are given open space, as well as an opportunity to deploy assets like Justin Abdelkader and Daniel Cleary in front of the net, they can score in short order.

To the Hawks’ benefit, they were perfect in terms of killing off penalties in the first round, and their aggressive attacking style should be to their advantage against a Detroit team that doesn’t have a great point man, but rather relies more on perimeter passing to set up shots.

Still, the Hawks are aware that the Wings are a team with much better chemistry than the Minnesota Wild were, so it would behoove them not to give Detroit many cheap opportunities.

Howard isn’t mentioned often in terms of elite NHL goaltenders, but his performance against the Ducks in the first round was still impressive. With the help of his defense, Howard was able to stymie former Rocket Richard winner Corey Perry, who was held goalless in all seven games. Teemu Selanne was also held to only one goal in the series.

Even so, Howard was not bulletproof. He did allow 2.74 goals per game in the first round, and his save percentage of .911% was solid but not great. By contrast, the Hawks averaged over three goals a game against the Wild, and scored five goals in two different games in the series.

If they can stick to their game plan of getting plenty of shots on goal (they averaged nearly 34 per game in the first round), then they should have a good chance at getting the better of their matchup with Howard.

This is going to be a far more difficult series than a 1 seed vs. 7 seed battle would normally indicate. The Wings have played Chicago tough all year, and as a veteran team, they aren’t going to panic, even if they lose the first two games at the United Center.

Meanwhile, the Blackhawks’ depth on both sides of the puck is going to be too much for the Wings to overcome. The Hawks’ blue liners are especially good, and should make life much more difficult on Datsyuk and Zetterberg than the Ducks were able to.

With that in mind, our pick is the Blackhawks in six games.