After a strong start to the 2021 NFL season, Week 2 did not disappoint as we were treated to a wild slate of matchups.

The New England Patriots dominated Zach Wilson and the New York Jets as fellow rookie quarterback Mac Jones earned his first pro victory. The Dallas Cowboys beat the Los Angeles Chargers on a last-second field goal while the Minnesota Vikings failed to convert their game-winner as time expired vs. the Arizona Cardinals. 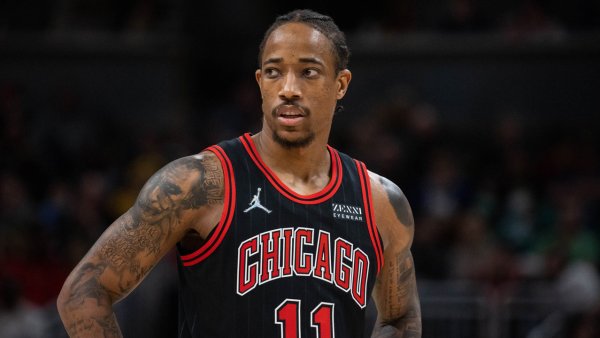 What Jones said to Wilson after Pats beat Jets

Tom Brady and the Tampa Bay Buccaneers cruised to a 45-28 win over the Atlanta Falcons as the ex-Pats QB tossed five touchdown passes. The Tennessee Titans earned a thrilling overtime win over the Seattle Seahawks. Several QBs including Carson Wentz, Tyrod Taylor, and Andy Dalton went down with injuries.

Here's everything you need to know from Week 2, along with our updated NFL Power Rankings.

The Jaguars have now lost 17 straight games as Trevor Lawrence and Co. couldn't keep up with the Denver Broncos on Sunday. The No. 1 overall draft pick tossed another two interceptions after being picked off three times in his NFL debut.

What a disaster it was for Zach Wilson and the Jets vs. the Patriots. The No. 2 pick in the 2021 NFL Draft threw four interceptions in a brutal 25-6 loss. He'll look to bounce back when the Jets head to Denver next week.

The Texans kept up with the Browns for a while as they entered the half tied at 14, but Cleveland was able to pull away in the third quarter and squeak out the 31-21 win. To make matters worse for Houston, quarterback Tyrod Taylor exited with a hamstring issue.

The Giants lost in heartbreaking fashion to the Washington Football Team in a Thursday night thriller. After New York stole the lead late, Washington won it on a 43-yard field goal, 30-29. The Giants will look to earn their first win of the campaign next week vs. Atlanta.

The Lions will visit the Green Bay Packers for a Monday Night Football matchup.

For a moment it looked like the Falcons could stun Tom Brady and the Bucs in Tampa Bay, but Matt Ryan and Co. collapsed in the fourth quarter. Ryan threw three interceptions including two late pick-sixes to seal Tampa's 48-25 win.

Burrow wasn't as sharp in Week 2 as he was in his 2021 debut. The second-year quarterback completed 19 of 30 passes for 207 yards, two TDs and three INTs in the 20-17 loss. Cincinnati will need him to bounce back next week in a tough AFC North showdown with the Steelers.

Chicago edged out Joe Burrow and the Bengals 20-17 on Sunday. Quarterback Andy Dalton suffered an ankle injury and was replaced with rookie Justin Fields, who completed six of his 13 pass attempts for 60 yards and threw one interception. Dalton's status will be worth monitoring heading into next week's game in Cleveland.

The Eagles were on the losing side of an ugly Week 2 game vs. the San Francisco 49ers. Other than a late rushing TD, Jalen Hurts couldn't get much going offensively as the second-year QB completed 12 of 23 passes for 190 yards in a 17-11 loss.

Washington won a wild back-and-forth game vs. the Giants on Thursday night with Taylor Heinicke under center, 30-29. Other than a brutal interception late in the game, Heinicke was impressive as he threw for 336 yards and two touchdowns. He'll have his work cut out for him next Sunday when he visits Josh Allen and the Buffalo Bills.

After beating the Patriots in their season opener, the Dolphins had just about the worst game they could have imagined vs. Buffalo in Week 2. Tua Tagovailoa was carted off early with a rib injury and replaced by ex-Patriots QB Jacoby Brissett, who failed to put up any points in the 35-0 loss.

Kirk Cousins and the Vikings offense were rolling vs. the Cardinals, but they couldn't finish the job as kicker Greg Joseph missed what would have been the game-winning field goal. It's a tough break for Minnesota as it got a solid three-TD outing from Cousins and a 131-yard rushing performance from Dalvin Cook. Things won't get any easier next week vs. Seattle.

Carson Wentz and the Colts kept it close throughout Sunday's game vs. the Los Angeles Rams but were unable to emerge with the victory. Wentz also exited the 27-24 defeat with a leg injury and was replaced by Jacob Eason, who immediately was picked off by Rams star cornerback Jalen Ramsey. His status is up in the air for next week's game in Tennessee.

The Broncos got the job done vs. the lowly Jaguars on Sunday as Teddy Bridgewater went 26-for-34 for 328 yards and two touchdowns. Courtland Sutton stepped up in fellow wideout Jerry Jeudy's absence, racking up nine catches for 159 yards. Denver will look to stay undefeated when it hosts the 0-2 Jets in Week 3.

The Patriots dominated Zach Wilson and the Jets 25-6 on Sunday to give rookie QB Mac Jones his first NFL victory. New England's defense picked off Wilson four times in the win, plus running backs Damien Harris and James White tallied touchdowns to help the team forget about its Week 1 loss to Miami.

Next week, the Patriots will host the New Orleans Saints.

The Chargers lost a heartbreaker as Greg Zuerlein drilled the game-winning field goal as time expired to propel the Cowboys to a 20-17 victory. Second-year QB Justin Herbert threw for 338 yards and a touchdown but tossed two costly interceptions in the defeat.

While his Jets replacement Wilson struggled mightily, Sam Darnold was stellar in his second game with Carolina. He led the Panthers to a 26-7 victory over the New Orleans Saints and improved to 2-0 on the season. Looks like he isn't the one "seeing ghosts" anymore.

Dallas overcame a mediocre performance from quarterback Dak Prescott to beat the Chargers on Sunday, 20-17. Greg Zuerlein played the hero as he drilled the game-winning field goal as time expired. Running backs Tony Pollard and Ezekiel Elliott were the stars on offense for the Cowboys as they both tallied TDs and rushed a combined 180 yards.

Derrick Henry is back after a rough Week 1. The Titans' star running back rumbled for 182 yards and three touchdowns in Tennessee's overtime win over the Seahawks. Ryan Tannehill threw for 347 yards while newcomer Julio Jones had a team-high six catches for 128 yards.

The Packers will look to bounce back from their dismal Week 1 outing when they host the Lions on Monday Night Football.

After destroying Aaron Rodgers and the Packers in Week 1, Jameis Winston and the Saints came crashing back down to earth vs. Carolina. Winston threw for only 111 yards, didn't tally a touchdown and was picked off twice. The poor performance resulted in a 26-7 defeat.

Pittsburgh couldn't carry its momentum from its Week 1 win over Buffalo into Week 2 as it fell to Las Vegas, 26-17. Star edge rusher T.J. Watt exited the game with a groin injury and didn't return, so that's certainly something to monitor ahead of Week 3 vs. Cincinnati.

Apparently, the AFC North is no match for the Raiders as they followed their win over the Baltimore Ravens with a victory over the Steelers on Sunday. Derek Carr was rock-solid once again, throwing for 382 yards and two TDs in Vegas' 26-17 win. They'll look to keep it going next week when they visit a Dolphins team that just lost 35-0 to Buffalo.

The Cardinals weren't nearly as impressive defensively as they were in Week 1, but they still squeaked out a 34-33 win over the Vikings thanks to a missed last-second Minnesota field goal. Kyler Murray was phenomenal once again, completing 29 of 36 pass attempts for 400 yards and three touchdowns. He also rushed for 31 yards and a TD in the win.

The Bills needed a bounce-back win after falling flat in their season opener vs. the Steelers. They succeeded, dominating the Dolphins 35-0. Next week we'll find out if the Bills are officially back on track, or if they simply benefitted from an early Tua Tagovailoa injury and a sloppy overall performance from Miami.

No one is going to heap praise on the Browns for squeaking out a 31-21 win over a Texans team that lost its starting QB Tyrod Taylor to injury during the game, but a win is a win. They'll look to make it two straight victories when they host the Bears next week.

The Ravens picked up a huge win on Sunday Night Football against the Chiefs, narrowly topping the defending AFC champions 36-35. It was an important bounce-back game after falling to the Raiders in Week 1. The schedule eases up next week as Baltimore travels to Detroit to play the Lions.

Despite a solid effort from Russell Wilson (343 yds, two TDs), the Seahawks just couldn't get the job done vs. the Titans in overtime. Seattle fell 33-30 after Tennessee drilled a game-winning field goal. A trip to Minnesota awaits the Seahawks in Week 3.

The 49ers defense came up big on Sunday as it was able to limit Jalen Hurts and the Eagles en route to a 17-11 win. Unfortunately for San Francisco, it's dealing with some injury issues at the running back position with rookie Trey Sermon (head), JaMycal Hasty (ankle) and Elijah Mitchell (shoulder) each going down a week after Raheem Mostert suffered a season-ending knee injury. Mitchell appears to be OK, but it's a situation worth monitoring heading into Week 3.

It was the Cooper Kupp show in Indianapolis as the Rams wideout caught nine passes for 163 yards and two TDs in a 27-24 win over the Colts. Matthew Stafford will look to stay undefeated with his new team when they host Tom Brady and the Tampa Bay Buccaneers in what should be a fun matchup next Sunday.

Patrick Mahomes suffered the first September loss of his career on Sunday Night Football against the Ravens. Kansas City was driving in the final minutes to win the game when Clyde Edwards-Helaire fumbled and gave the ball back to Baltimore and secure their 36-35 win. The Chiefs head back home for their first divisional game of the season against the Chargers in Week 3.

Tom Brady continued to do Tom Brady things vs. the Falcons on Sunday, tossing five touchdown passes to lead the Bucs to a 48-25 victory. The defending champs maintain the top spot as they prepare for a tough matchup vs. the Los Angeles Rams, who also are off to a 2-0 start.