NEW YORK — We’re barely halfway through June, and already at least one international media wag has asserted that the Cubs might leverage Craig Kimbrel’s dominance at the trade deadline — and yet still try to win and otherwise act the part of a buyer next month. 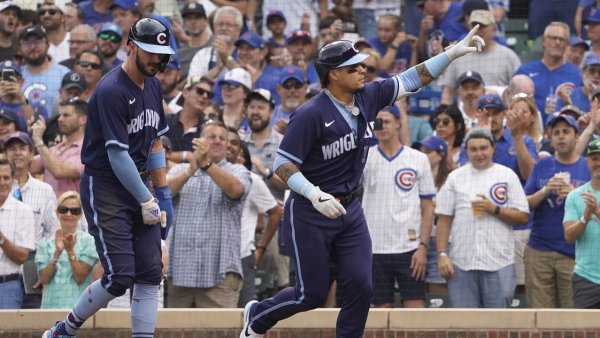 Let the rumors and speculation begin as the Cubs escaped New York Thursday with a Kyle Hendricks win that side-stepped a sweep, kept them in first place ahead of a weekend rematch of last year’s playoff series against the Marlins, and kept them in play for adding some starting pitching and maybe a catcher at what promises to be a very buy-mode looking July trading period.

Just don’t get fooled into thinking the Cubs are planning some 3D-chess-level strategy at the deadline that involves trading their most championship-caliber asset while still pretending they’re trying to win anything at all this year.

But it would be a white flag slapping the face of every player left in the clubhouse and every fan finally allowed to pay top dollar to watch a game at Wrigley Field — regardless of the spin anyone puts on it.

More to the point: There is no way to thread a needle that removes Kimbrel and maintains the playoff-caliber strength of what has become the best bullpen in the league since April.

Might as well go full sell mode if you trade the closer who on Thursday struck out two more in a 1-2-3 ninth to earn his 19th save in 21 chances, lower his ERA to 0.64 and remain on track for an eighth All-Star selection — not to mention pass Jeff Reardon for 10th on the all-time saves list.

One more save ties him with Jonathan Papelbon for ninth, and he’s on a pace that could reach Hall of Famer Dennis Eckersley (390) for seventh before the end of the season.

The Cubs have other capable relievers — or combinations of them — who could conceivably cover the ninth. But the possible domino effect for an October-minded team that can’t rely on consistent innings from its rotation is almost impossible to overstate.

Kimbrel’s dominance has turned games with the lead into eight-inning affairs for the Cubs (six if it’s part of a doubleheader).

“You look at it two ways, right? You either shorten the game from the starters that go deep in the games, or you shorten the games from the back end,” pitching coach Tommy Hottovy said. “Last year we shortened the game because our starters would carry us. Now we’re kind of doing the opposite.

“He’s a huge part of our success, no question. Not only what he’s done on the field, but how he’s impacting the rest of those guys out there as well.”

This is where we might naturally ask about sticky stuff and spin rates and MLB crackdowns that start Monday.

It’s also where Kimbrel says he’s not ready to comment about those things — suggesting Tuesday he might address it “in a couple weeks,” then responding to another request Wednesday with “13 more days” and then Thursday with, of course, “12 days” (and a smile).

“It’ll probably be sooner than that,” he added Thursday with a grin as he headed off the field following pregame work before the Mets game.

Not that Kimbrel hasn't performed like this in his career long before the Astros ("allegedly") and other popularized the performance-enhancement levels of goo in the last five years or so; he's been making All-Star games since 2011.

Of course, if he'd done what he’s done this year in the second half of 2019 after the Cubs signed him to a three-year deal at midseason, he would have been a huge trading chip that offseason and likely would be long gone.

That he struggled enough that year and into the abbreviated 2020 season kept his $16-million-a-year salary on the books and hamstrung some of the Cubs’ payroll flexibility since then.

But the landscape looks dramatically different than it did then — or even than it did six months ago when the front office was “threading a needle” with the Yu Darvish salary-dump trade while talking about competing with what it could add at discount rates.

Now they’ve assembled a bullpen that looks as good as any in the league in an era when that has never mattered more to postseason success. And they might be a close as one Darvish-type starter away from being a factor in October.

And if the big bosses upstairs are serious when they talk about how precious a chance to win in a given season is, then Kimbrel not only has to stay through the season but the Cubs also have to add at least one significant starting pitcher by the July 30 deadline — the kind of move both chairman Tom Ricketts and team president Jed Hoyer said they have the financial flexibility to do.

Meanwhile, Kimbrel shrugs off the trade speculation he, too, has heard.

“It’s the nature of the business,” said Kimbrel, who was traded twice in one seven-month stretch in 2015. “There’s a lot of money involved in this game. This is how it works.”

He won his World Series ring with the Red Sox in the third of three All-Star seasons after that second trade in 2015 (albeit, despite struggling in the 2018 postseason ahead of a bear free agent market).

“I’ve been part of teams that were right at the cusp right at the All-Star break, where teams have to make a decision on what direction they’re going to go.”

“At the end of the day all we can do is go out there and play ball and win,” he said.

And they almost certainly can’t do the last part in October without him.

Kimbrel’s rediscovered success looks a lot closer to his career arc than something to distrust down the stretch (or at least for the next — what was it? — 12 days).

An eighth All-Star selection would mean only 10 pitchers in major-league history — all Hall of Famers — have more. Only two relievers would have more, and one of them — Goose Gossage — earned one of his nine selections as a starter.

All of that might be grist for another discussion in a few years.

For now, for the Cubs, it’s about what Kimbrel has morphed into in 2021: one of the biggest reasons to fear them in the postseason if they can add the starter to help get them there.

“You lose any one of those guys to injury, to a trade, to whatever could happen, yeah, it’s going to drastically impact what you do,” Hottovy said of his powerful, versatile bullpen. “But, the one thing I will say, too, is the guys have done a great job of kind of that next-man-up mentality.

“But at some point though you kind of run out of next men up.”