The Cubs placed Jason Heyward on the seven-day concussion injured list Tuesday following the outfielder's scary collision running the bases over the weekend.

"That was a tough collision," Cubs bench coach Andy Green said. "It’s two strong guys running into each other pretty hard there. Took a knee to the head. Definitely got his bell rung." 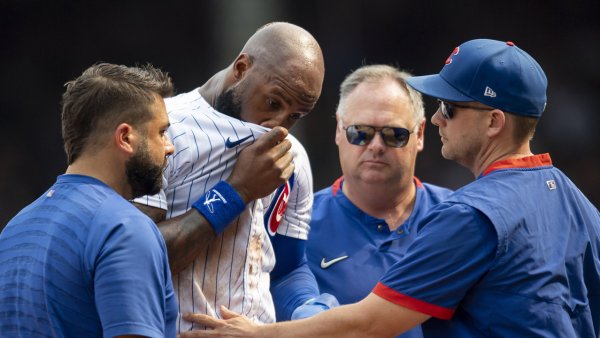 Heyward was going from first to third base on a groundball hit to the shortstop hole. Crawford's throw to first base was late, and he ran to cover a vacated third base.

Crawford received a return throw from Giants first baseman Brandon Belt, colliding with Heyward as he caught the ball and attempted to hurdle him.

The Cubs called up outfielder Trayce Thompson from Triple-A Iowa in a corresponding move, transferring outfielder Michael Hermosillo to the 60-day IL to make room on the 40-man roster.

Hermosillo is out for the season with a forearm strain.

The 2009 second-round pick by the White Sox has 202 games of big-league experience with the Sox, Dodgers and A's.

He and Golden State Warriors guard Klay Thompson are brothers.