For a split second on Monday, it seemed obvious why the Cubs hired Carter Hawkins as their new general manager: Cleveland’s long track record of developing homegrown pitching. 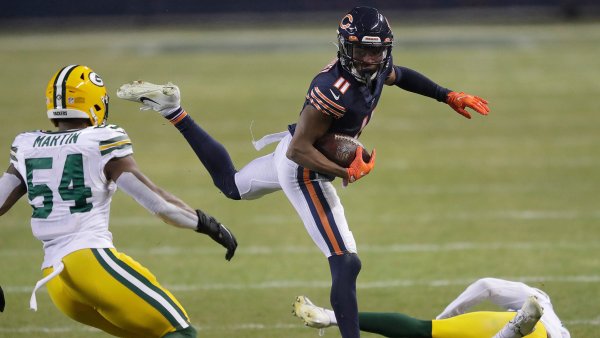 Now he tells us.

All jokes aside, Hawkins’ role in a Cleveland front office with a long track record of developing homegrown arms is exactly what enticed the Cubs and led Jed Hoyer to naming him GM.

Seven pitchers Cleveland developed — including six of their own draft picks — made at least one start for them this year, a group that includes Shane Bieber, Zach Plesac, Aaron Civale and Triston McKenzie.

They used 10 of their first 11 draft picks this year on pitchers.

“Obviously, Cleveland likes pitching, and they do a great job with pitching,” Hawkins said.

Meanwhile, the Cubs have long struggled to develop homegrown starting pitching since Theo Epstein and Hoyer took over the front office a decade ago.

In 2021, four Cubs pitchers signed and developed under the current regime made at least one start: Adbert Alzolay, Justin Steele, Keegan Thompson and Cory Abbott, who combined for 37 total.

Prior to 2021, only four such Cubs pitchers made six combined starts — with Alzolay making another six.

Whether there’s a secret to Cleveland’s success, the Cubs view Hawkins’ experience in that front office as an asset. Before moving up to assistant GM in 2016, he held positions including scouting assistant and director of player development.

“You look at guys like Bieber and Plesac and Civale and guys like that they’ve brought up. You’re not going to hire a GM based on a couple of guys they’ve developed, obviously, but certainly their ability to develop pitching has been remarkable.”

“I think the idea that ‘this team has figured something out’ — in general, those kinds of competitive advantages are really fleeting,” Hoyer said.

But at the least, Cleveland’s success in one area the Cubs have deeply struggled is exactly why Hoyer wanted to go outside the organization to hire a GM after he was promoted to president a year ago.

“And if you do that consistently time over time, you're going to put yourself in a good position to have some success stories like the Indians have had.

"I know that that can be done here, and that's our goal to work towards that.”